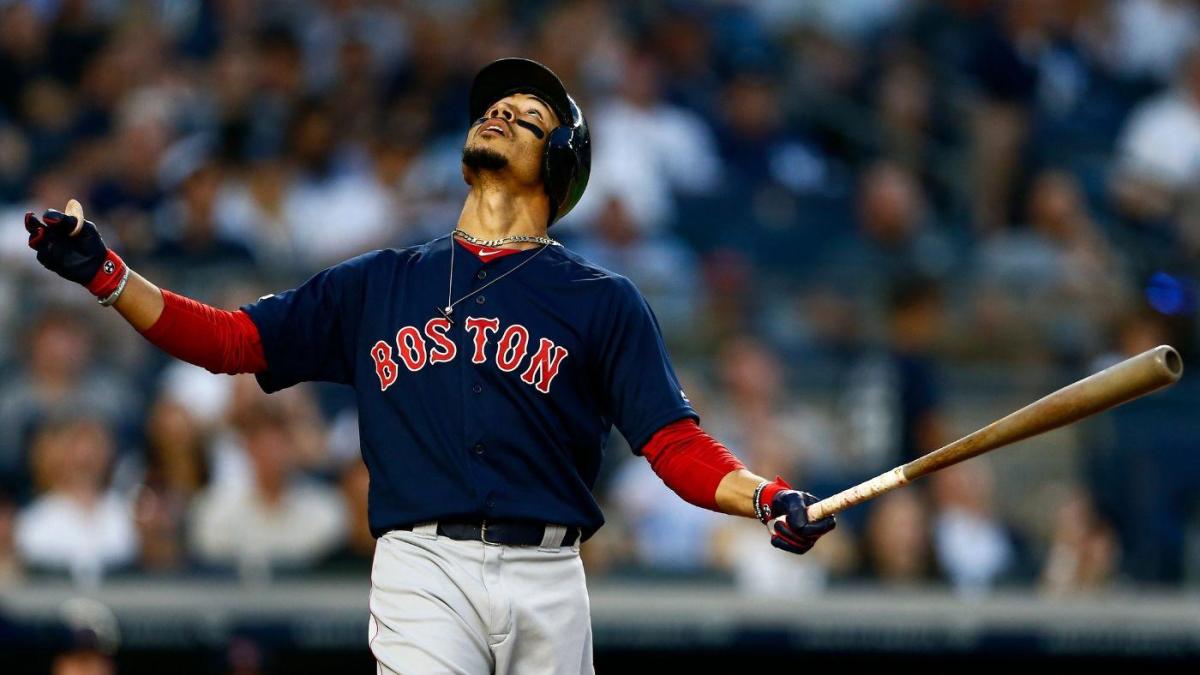 The Astros are working on finalizing a deal with Dusty Baker to become their next manager. Full story here. The Cubs have agreed to sign reliever Jeremy Jeffress to a one-year, 0,000 deal, Jeff Passan of ESPN reports.

The Red Sox have agreed to sign free-agent first baseman Mitch Moreland on a one-year deal with a club option for 2021, the team announced Tuesday night. Ken Rosenthal of The Athletic reports the deal is for .5 million in 2020 with the option being million with a 0K buyout. We’re almost to February, which is the month spring training begins, so baseball fans everywhere can start dreaming of opening day while getting through the January dreariness. With Nick Castellanos having officially signed with the Reds, the last remaining big or even medium name in free agency is firebrand outfielder Yasiel Puig. One wouldn’t think there would be many transactions between now and spring training, but some major trades remain a possibility. All offseason we’ve seen Kris Bryant and Francisco Lindor rumors and Nolan Arenado was later added to that mix. Another former MVP appears to be on the table, too.

As fun as that would’ve been, the report says talks “failed to materialize,” meaning it’s of little consequence now. I’m just saying, it’s fun to discuss nonetheless. In an interesting column about what comes next from the active Reds this offseason, Ken Rosenthal of The Athletic offers up a fun nugget. It is as follows: At one point earlier this offseason, there were talks of a three way trade that would’ve done this.  Betts, 27, is only under team control for one more season before hitting free agency. Last season, he hit .295/.391/.524 (135 OPS+) with 40 doubles, five triples, 29 homers, 80 RBI, 135 runs (best in MLB), 16 steals and 6.8 WAR. It was certainly a step back from his magical 10.9-WAR 2018 season, but he still finished eighth in AL MVP voting.

The Cubs hope here is full health with the velocity and splitter making a comeback while Jeffress looks like the guy who pitched to a 1.29 ERA and 0.99 WHIP with 89 strikeouts in 76 2/3 innings in 2018. Reds get: Corey Seager
Dodgers get: Francisco Lindor
Indians get: Prospects

Let’s see what’s out there on Tuesday’s rumor mill.

Roenicke, 63, has been the Red Sox bench coach the past two seasons. He has previous experience, as he managed the Brewers from 2011 until May 3, 2015. He posted winning records in three of his four full seasons in Milwaukee and won the NL Central at 96-66 in 2011. The Mookie Betts trade rumors out of Boston got quiet for a bit, but have picked up steam in recent days. The latest note comes from Jon Heyman of MLB Network, who reports that the Red Sox “seem more serious than ever” about trading the 2018 AL MVP. He connects the Padres and Dodgers to Betts, and that lines up with a lot of what we’ve been hearing lately. If the Baker deal becomes official, the only MLB managerial opening will be in Boston. The Red Sox parted ways with Alex Cora due to his connection with the Astros sign-stealing scandal. The Red Sox, who are still being investigated by the league for their own sign-stealing allegations, appear to be focusing on internal candidates, per Heyman, including Carlos Febles and Ron Roenicke.

Moreland, 34, hit .252/.328/.507 (112 OPS+) with 19 homers and 58 RBI in 91 games and 335 plate appearances last season for the Red Sox. He was mostly used as the lefty-portion of a platoon at first, posting an .887 OPS against righties. He could be used in this manner with righty-swinging Michael Chavis this season, too. Chavis might be an everyday player; taking second base when Moreland plays while Jose Peraza gets second when Chavis is at first.  Jeffress, 32, battled injuries and ineffectiveness in 2019 for the Brewers, pitching to a 5.02 ERA and 1.37 WHIP in 52 innings. He battled a shoulder injury in the spring and had diminished velocity nearly all season while also abandoning in stretches his splitter, with which he’d previously had good success. Febles, 43, has been the Red Sox third-base coach for the past two seasons. He’s been in the organization since 2007, working his way up from Low-A.