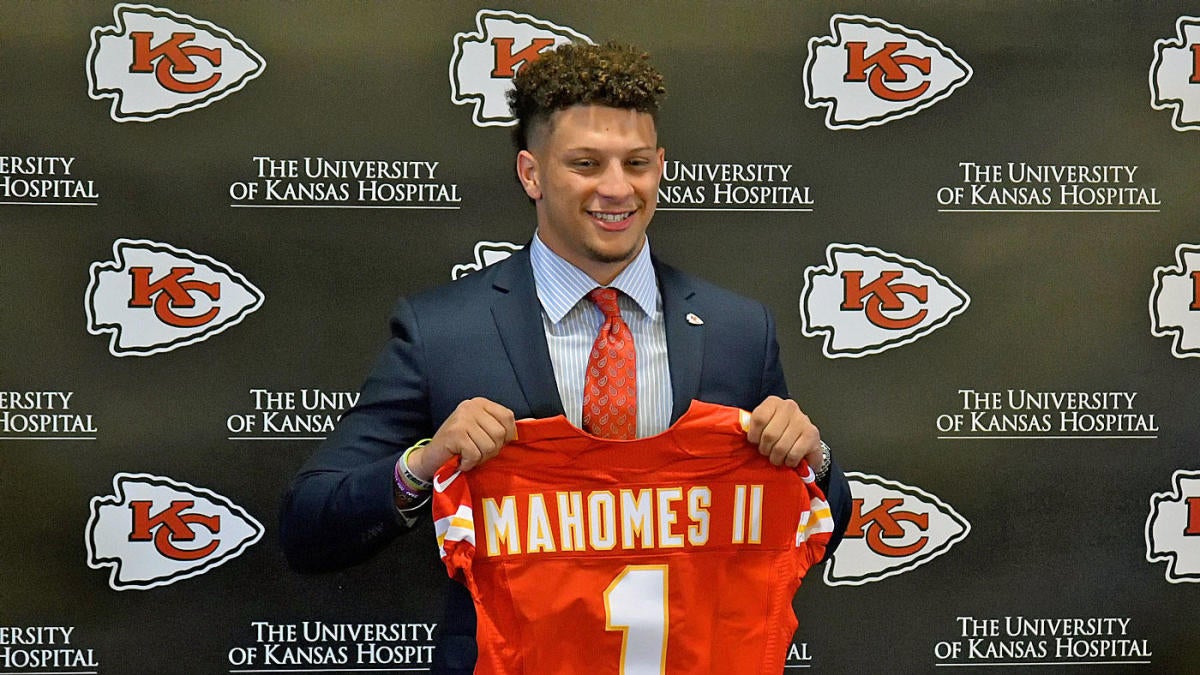 In some sort of alternate universe, there is an NFL where Patrick Mahomes is the quarterback of the San Francisco 49ers (Scary, I know). But, with the Niners owning the No. 2 pick at the 2017 NFL Draft and in need of a quarterback, it was certainly possible. So, why didn’t it happen? After all, all San Fran had at the quarterback position was veteran Brian Hoyer, who is a fine player, but not exactly a franchise signal-caller by any stretch of the imagination. Well, that question was brought to 49ers head coach Kyle Shanahan, who met with Mahomes at the NFL Combine. As he explained, it was a little bit more nuanced than the team simply opting to pass on the reigning MVP.

“I didn’t look into him obviously as much as I should have,” Shanahan said, via NFL.com. “We definitely looked into him, studied all of his tape. Was just a freak, could make any throw, had the ability to anything. That was a little bit different situation for us. We had the second pick in the draft, did not feel like from all the intel that you get and stuff that he was gonna go that high.”

Despite the apparent need for a quarterback, San Francisco elected to trade the No. 2 overall selection to the Chicago Bears, who dealt the 49ers four draft selections just to move up from No. 3 to take Mitch Trubisky. At the third overall spot, the organization decided to take defensive end Solomon Thomas, passing on Mahomes and even current Houston Texans quarterback Deshaun Watson.

Part of the reason why the 49ers elected to skip out on quarterbacks entirely for that first round of the draft appears to be due to the fact that they had their eye at the free agent class that following offseason — specifically Kirk Cousins.

“It was a little different situation for us just ’cause I think it’s pretty well documented of just the relationship I had with Kirk being in Washington and I felt very confident that he wasn’t gonna stay there,” said Shanahan, who was Cousins’ offensive coordinator with the Redskins from 2012-13. “So anytime you go into a season knowing that a franchise quarterback was going to be available the next year, it made me a lot more picky with what we were looking at.”

In the end, Cousins never met up with Shanahan in the Bay Area as the 49ers later traded for former Patriots quarterback Jimmy Garoppolo around the 2017 NFL Trade Deadline. While Mahomes may have more accomplishments under his belt currently than Jimmy G, both parties should be pleased with how things turned out.

After all, they’re both playing for a Super Bowl title this Sunday. Not too shabby.