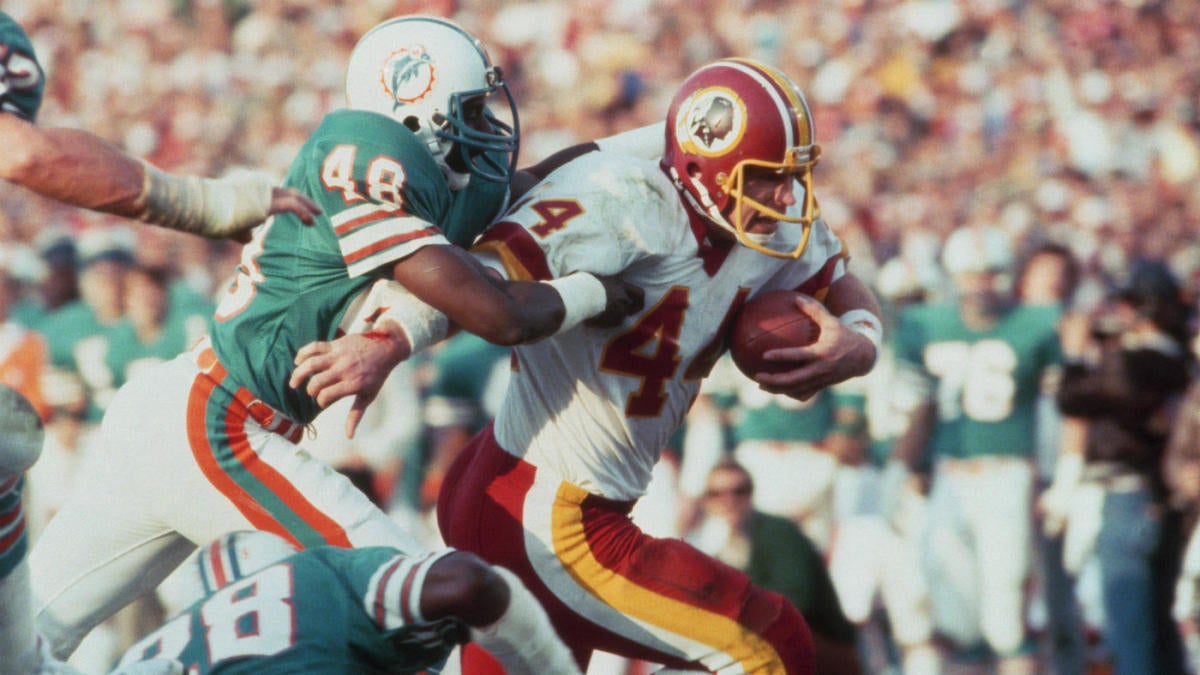 Records are made to be broken. But that doesn’t mean that they will be broken anytime soon.

Super Bowl records have been set and reset dozens of times over the past 53 years, but some records continue to stand the test of time. And while no record is completely untouchable, there are a few Super Bowl records that may never be broken.

With Super Bowl LIV upon us, we decided to take a look at the top-five Super Bowl single-game records that may never be broken.

The Chiefs and Niners took the stage in Miami for Opening Night and Will Brinson and the Pick Six Podcast Superfriends were there to break everything down. Listen below and be sure to subscribe for daily NFL goodness fired into your eardrums.

Only a handful of players have recorded at least two interceptions in a Super Bowl. That group includes former Cowboys linebacker Chuck Howley, Dolphins safety Jake Scott, Redskins defensive back Barry Wilburn, Cowboys cornerback Larry Brown and Buccaneers defensive backs Dwight Smith and Dexter Jackson. Howley, the first player to record multiple picks in a Super Bowl, is still the only player from a losing Super Bowl team to be named the game’s MVP. Scott took home MVP honors following his performance two years later, as the Dolphins capped off a perfect 17-0 season with a 14-7 win over the Redskins. Brown and Jackson also took home MVP hardware after helping lead their respective teams to victory on pro football’s biggest stage.

Despite his heroics, Martin was not named MVP of Super Bowl XV. The award instead went to quarterback Jim Plunkett, who came off the bench during the 1980 season to help lead the Raiders to their second Super Bowl victory in five years. Against the Eagles, Plunkett went 13-of-21 for 261 yards and three touchdowns that included an 80-yard touchdown pass to Kenny King, which was at the time the longest play from scrimmage in Super Bowl history.

Riggins, who took home the game’s MVP trophy, also recorded the game’s biggest play. Trailing by four points late in the second half and facing a 4th-and-1 on the Dolphins’ 42-yard-line, Riggins broke Miami cornerback Don McNeal’s tackle and raced down the far sideline for the game-winning score.

Riggins’ 38-carry record broke the mark formerly held by Steelers running back Franco Harris, who rushed for 158 yards on 34 carries in Pittsburgh’s win over Minnesota in Super Bowl IX. Harris, who also held the record for most rushing yards in a Super Bowl prior to Riggins’ performance, broke both of Larry Csonka’s Super Bowl rushing records that were established a year earlier in Super Bowl VIII, when Csonka rushed for 145 yards and two scores on 33 carries in Miami’s 23-7 win over the Vikings.

While his record for most single game Super Bowl attempts still stands, Riggins’ single game rushing record was broken one year later by Marcus Allen, whose 191 rushing yards helped the Raiders upset Riggins and the Redskins, 38-9. Four years later, Allen’s record would be topped by Redskins running back Timmy Smith, whose 204 rushing yards in Washington’s 42-10 win over the Broncos is still the Super Bowl single game rushing record.

No, that’s not a misprint. In Super Bowl XX, the Bears’ dominant defense, led by game MVP Richard Dent, held the Patriots to a mere seven rushing yards on 11 attempts in Chicago’s 46-10 victory over New England.

The Patriots, led by running back Craig James, finished sixth in the NFL in rushing during the 1985 regular season. But after falling behind by 17 points midway through the second quarter of Super Bowl XX, New England gave up on its running game. That decision, simply put, did not pay off, as Patriots quarterbacks Steve Grogan and Tony Eason combined to complete 50% of their pass attempts while throwing two touchdowns and getting sacked seven times.

The previous record for fewest rushing yards allowed by a team in a Super Bowl was 17 in Super Bowl IX, as the Steelers’ defense held the Vikings to a .81 yards-per-carry average while keeping Minnesota’s offense out of the end zone.

1. Redskins score 35 points in one quarter

No one saw the Redskins’ second quarter onslaught coming. After allowing a 56-yard touchdown pass less than two minutes into the game, Washington’s deficit increased to 10 points as the first quarter came to a close. Making matters worse was the apparent injury to Redskins quarterback Doug Williams, who temporarily had to leave the game.

But when the second quarter began, Williams returned to the field before leading the most improbable scoring spree in Super Bowl history. The scoring started on Williams’ 80-yard touchdown pass to Ricky Sanders’ on Washington’s first offensive play of the quarter. Following a Broncos punt, a 27-yard touchdown pass from Williams to Gary Clark gave the Redskins the lead with 10:51 left until halftime.

After a missed field goal by Denver’s offense, a 58-yard touchdown run by Timmy Smith extended Washington’s lead to 21-10 with 6:53 remaining in the quarter. After another Broncos three and out, Williams found Sanders open for a 50-yard touchdown, as the Redskins took an insurmountable 28-10 lead with four minutes to play until halftime.

During the record-setting quarter, the Redskins scored a record 35 points while racking up 356 yards of offense. Amazingly, Washington was able to do this despite having the ball for just 19 plays while possessing the ball for just 5 minutes and 54 seconds. Clark finished the game with a then Super Bowl record 193 receiving yards, while Smith’s 204 rushing yards remains a Super Bowl record. Williams, who finished the game with 340 yards and four touchdown passes to earn the game’s MVP award, became the first African American starting quarterback to win the Super Bowl.