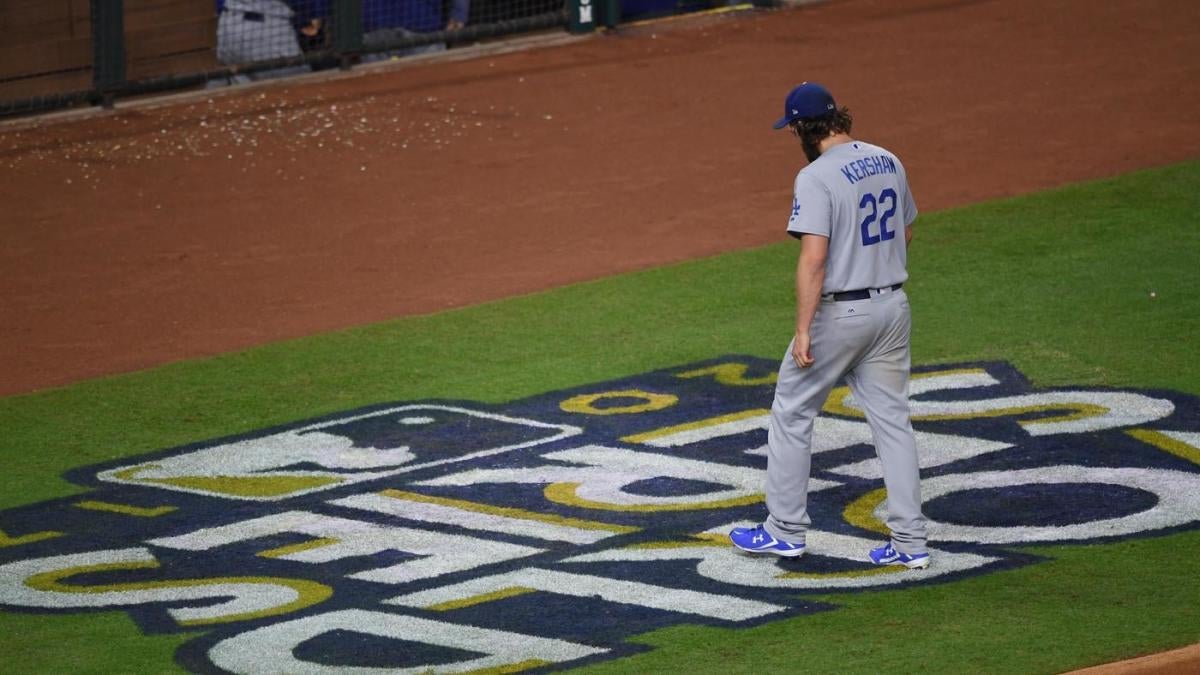 For those wondering, the Dodgers do not play the Astros in 2020 — at least not in the regular season.Over the weekend, manager Dave Roberts and executive Andrew Friedman each acknowledged they hadn’t talked to anyone from the Astros organization. Friedman went so far as to say that he did not think the Astros had expressed sufficient remorse. Left-hander Clayton Kershaw seems to be in agreement with his boss. The Game 5 outing didn’t do much to help Kershaw’s postseason reputation. For as brilliant as he’s pitched during the regular season, he has a 4.43 ERA in 32 career appearances in the playoffs. There’s no telling how much the sign-stealing helped the Astros or hurt Kershaw; that ambiguity likely hasn’t (and won’t) prevent him, among countless others, from wondering if their past failures against the Astros were due to merit, or due to the opposition crossing the line.No current Astros player has said sorry for the sign-stealing scheme, though owner Jim Crane said an apology from players will be coming in spring training. Kershaw’s beef with the Astros is perhaps more personal than the average Dodger. He started Game 5 of the 2017 World Series, on the road at Minute Maid Park in Houston, and permitted six runs in 4 2/3 innings. The Astros won by a 13-12 score in extra innings, giving them a 3-2 series advantage. The Dodgers would win Game 6 before then losing the series in a decisive Game 7 at home.Kershaw discussed the matter on Monday while taking part in teammate Justin Turner’s golf event. “It is a little bit interesting that the Astros players haven’t said sorry or meant it or anything like that,” Kershaw said, per Jorge Castillo of the Los Angeles Times. “Not a whole lot of remorse.”Two weeks have passed since Major League Baseball released its findings on the Houston Astros‘ sign-stealing scandal. The Astros have not yet issued a meaningful apology, at least not according to the Los Angeles Dodgers, the team the Astros defeated in the 2017 World Series.