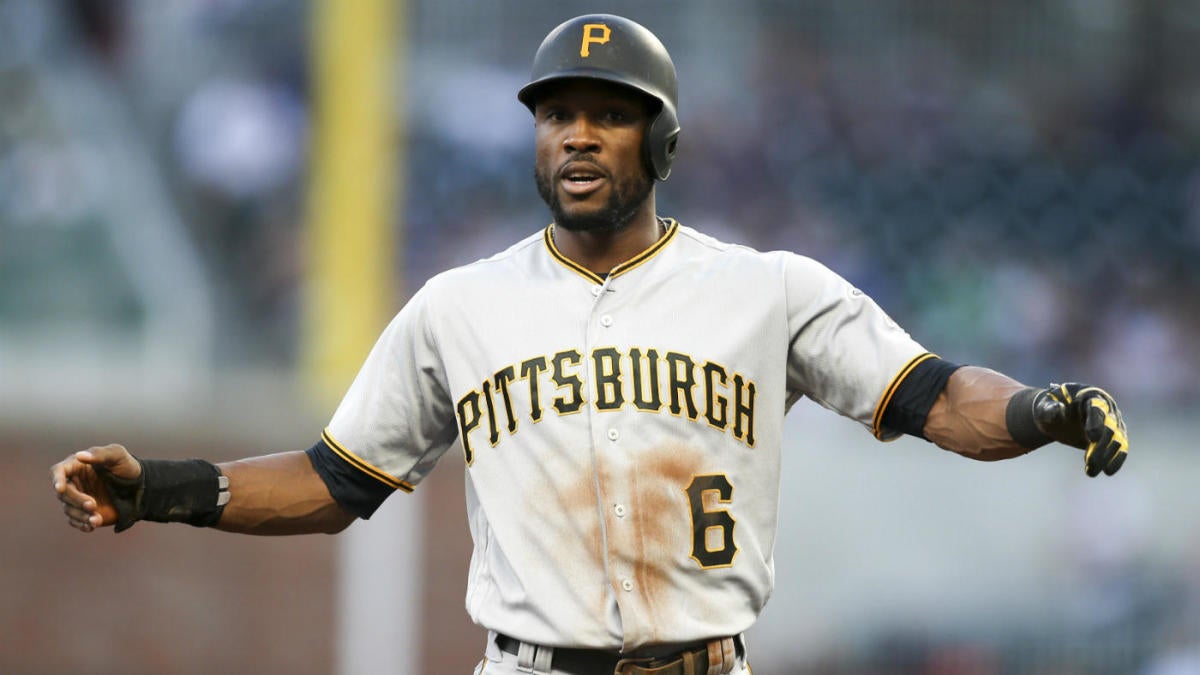 Marte, 31, had been the longest tenured player on the Pirates roster. He debuted in 2012 and has since proven to be a well-rounded talent. Over the last three seasons, he’s averaged 17 home runs and 26 stolen bases while hitting .284/.334/.458 (111 OPS+). Those numbers are skewed by a suspension-shortened 2017, as he was a below-average hitter that season for the first (and thus far only) time in his career.After months of rumors and discussions, the Pittsburgh Pirates have agreed to trade Starling Marte to the Arizona Diamondbacks, the teams announced Monday. In return, the Pirates will get two prospects: right-hander Brennan Malone and shortstop Liover Peguero.The Diamondbacks have already made a few other moves with their outfield this winter, signing Kole Calhoun and re-signing David Peralta to an extension. Arizona also has Ketel Marte in the fold, though they figure to deploy him on the infield as well.Malone, 19, was the 33rd overall pick of the 2019 draft, and he’s yet to appear in a full-season league in the minors. He boasts mid-90s fastball velocity and has the makings of a four-pitch arsenal, which means he could make his way up prospect lists in 2020. Peguero, also 19, has a slash line of .299/.354/.428 across parts of two lower-level seasons. He has a quick bat, good contact skills, power potential, and plus speed on the bases with a good chance of sticking at short long-term.  Although Marte has exclusively played center field the past two years, rival evaluators believe he’s a better fit in left field. He won a pair of Gold Glove Awards in left earlier in his career, back when he was stationed there out of deference to Andrew McCutchen. The Pirates are entering their first season under new leadership. General manager Neal Huntington and skipper Clint Hurdle were each replaced after a disastrous 2019, giving way to Ben Cherington in the front office and Derek Shelton in the dugout. This trade marks Cherington’s first notable move. Previously, his biggest addition this offseason was either catcher Luke Maile or outfielder Guillermo Heredia.Part of Marte’s appeal is his team-friendly contract. He’s scheduled to make .5 million this season, with a club option for next year worth .5 million. Should that option be declined, Marte will take home a million buyout. Either way, that’s a bargain price. As well, Marte moves the needle for the Diamondbacks to a significant degree. Per the SportsLine Projection Model (@SportsLine on Twitter), the D-Backs go from a forecast of 85.3 wins without Marte to 87.8 wins with him. That, in turn, improves their chances of making the postseason from 46.3 percent to 57.9 percent.With Marte elsewhere, the Pirates are now sporting an embarrassingly low payroll. Outfielder Gregory Polanco and right-handed starter Chris Archer are the only players on the roster expected to exceed million, giving the Pirates a projected payroll under million. The Pirates haven’t had an Opening Day payroll that low since the 2011 season.