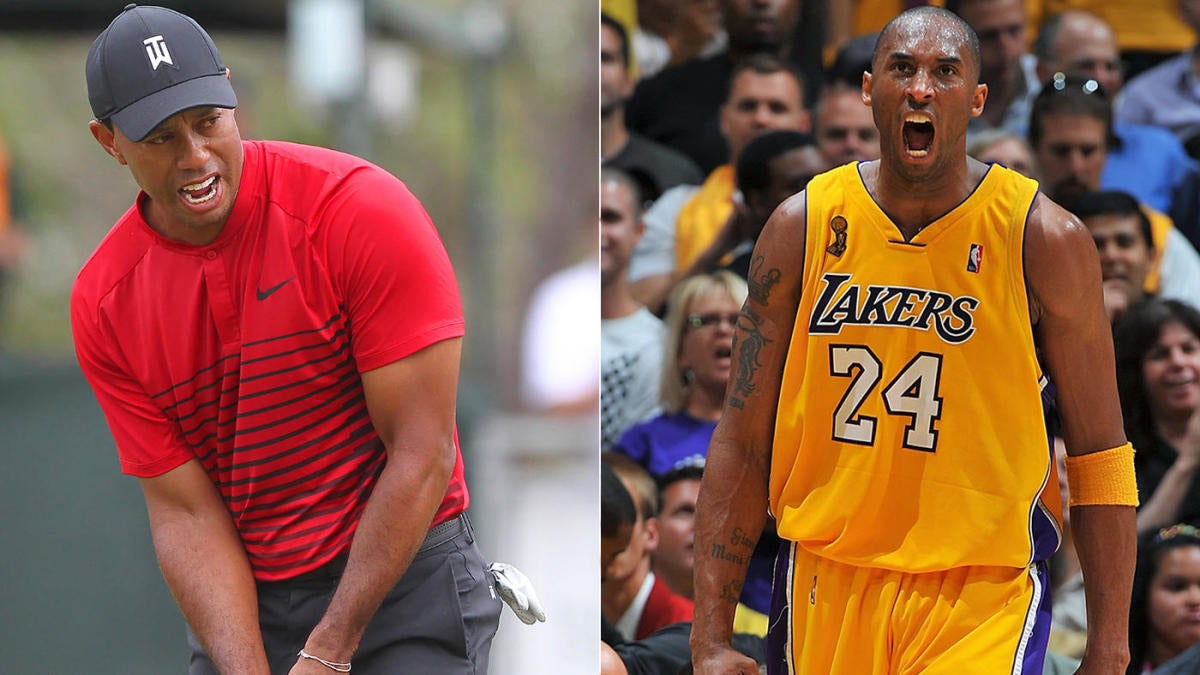 This is the great irreconcilable tension that Bryant — and his closest contemporary icon, Tiger Woods — personified. Said differently through the prism of their respective professions: You can’t be the greatest unless everyone else is not the greatest.

The similarities between the two are almost eerie. They both turned pro in 1996. We realized their dynastic ceilings in the early 2000s. They exposed themselves to the public with salacious scandals at impossibly tender ages. Bryant climbed the mountain in his sport five times. Woods, you could argue, did the same with five green jackets. The latter part of their careers was both haunted and defined by injuries.

They’re both mononymous, known by one name not only the sports world but the broader culture. Hell, they’re both nicknamed after lethal animals. And somehow, despite impossible expectations from ridiculous ages, they’ve both exceeded everything they were supposed to accomplish. Because they came of age at a time when extreme wealth and fame became synonymous with success, their adulthood was stolen from them.

We lived their lives for them. It’s the price we charged for that adulation.

As they entered their early 40s, Kobe and Tiger started to grow up.

It’s most evident in their public affection for their children. The clips of Bryant lighting up when someone mentions one of his kids have resonated. It’s a good way to be remembered. Woods shares it. It’s a great irony that a relationship with a 7-year-old or 11-year-old is the thing that helps one mature into adulthood. It also seems to be true for both men.

Bryant was an alpha, of course. This is why we group him and Woods together beyond their similar career arcs. Tiger is the most terrifying alpha in golf history. Kobe nicknamed himself Black Mamba, referencing an extremely venomous snake. Talk to either at your own risk. Talk at them … and say goodnight to your sweet career.

The seminal moment for many with Kobe came at the 2008 Beijing Olympics. I was in college when the United States-Spain game was played. My friends and I stayed up all night watching it. The rivalry was a real thing back then, but the Americans had the horses. Spain had some but not nearly enough. Still, playing on a global stage against a team as tight as Spain had to feel different. It was not dissimilar to what we’ve seen between the U.S. and Europe at Ryder Cups over the past two decades.

Team USA’s stars were young, too. LeBron James, Chris Paul, Carmelo Anthony, Dwight Howard and Chris Bosh were all 24 or younger. Dwyane Wade was 26. Bryant was the second-oldest guy on the team. He’d accomplished everything already, reached the top of the mountain. So when the air started getting a little thin deep into the early morning here stateside, as fans started getting wild-eyed at the thought of wearing silver, Kobe took over.

Think about that. A roster full of guys who had always been the very best at every single level, and Bryant was the one who said, “I got this.”

He loved it, too. That’s what I’ll remember.

The immense affection for Kobe (and by extension, Tiger, because they are inextricably linked) has been atop my mind for the last 24 hours. Why has our emotion, my emotion been so intense? Why am I feeling the things I’m feeling about someone I never even came close to meeting, someone whose sport I’ve never even covered?

An unusual love for sport

We made them them talk about everything because there is order in the authority that comes with hierarchical power, but you always got the feeling that Kobe just wanted to talk basketball in the same way that Tiger just wants to talk golf.

Try to get Woods going on legacies and the future or politics and music, and he’ll respond with the fervor of a stray bunker rake. But wind him up on the proper strategy for the newly-redesigned 5th hole at Augusta National or why he likes his driver at its current loft, and he’ll make Barack Obama’s first election night speech in Chicago seem tepid.

Kobe was more willing to go other places, but fundamentally, he most wanted to break down how to solve Tony Allen or lead bigs off a bounce pass on a fastbreak. Nerds, I guess you could call them. But man, it doesn’t feel geeky when they talk.

“He paid attention to the details, the little things. The amount of hours that he spent in the gym in the offseason and during the summers to work on shots and do all the different things, it looked like it came natural to him on the court during game time, but he spent more hours looking at film and trying to figure out what’s the best way to become better,” explained Woods on Sunday after learning of Bryant’s death.

This is the beauty of their maturation. They thought all along that they were accumulating knowledge and refining skills to better themselves, to become all-time greats. What they didn’t realize along the way — but were both just starting to figure out — is that the real joy comes in being able to hand that aggregation of wisdom to someone else, namely their children and a younger generation of players who worshipped them.

Kobe was just starting to figure out that life is not really about us. You saw Tiger experience that same emotion when he won the 2019 Masters and captained his team in the 2019 Presidents Cup. This despite everything in both of their worlds always appearing to say it was about them first.

Showing up mattered as much as winning

Not to go full Clint Eastwood here, but they don’t make psychopaths like they used to. This might not be the most desirable quality in a human being, but the reason you hear everyone in these spheres speak reverentially about both men is because they had it all — every material thing you could ever want — yet both punched the clock as if the scaffolding wasn’t going to construct itself.

This is becoming far less common. You might get one or the other, but to find elite athletes who submerge themselves in both is a rarity. For example, Brooks Koepka is a great champion and a hard worker — the No. 1 player in the world — but he doesn’t love his sport like those two. Few do.

This is why Justin Thomas and Woods are so close, and it’s one of the reasons you hear folks in the golf world talk about Rory McIlroy the way they do. That’s another story for another time.

These two qualities — a deep and abiding love of craft and a willingness to submit to the punishment necessary to be truly and uniquely great at it — are why Kobe and Tiger are so respected.

There is nothing relatable about them except those two traits. You, a sports fan, feel drawn to it because you love basketball or golf nearly as much as they do. You, a non-multimillionaire, non-star athlete who has not been in the public eye since you were a teenager, feel drawn to both because you understand what hard work looks like and what it takes out of you.

Except now, something else is relatable when it comes to Kobe: death. We will all die. Birth and death are the only two life experiences everyone in the world shares. It is the great leveler when it comes to status, money and influence. It often passes by like a mist.

The vast majority of deaths are neither notable nor memorable. This one was like none other for a celebrity in my adult lifetime. I was rattled into the afternoon and evening on Sunday as I thought about Kobe’s existence. Forty-one years is nothing. It’s 20 Ryder Cups, 10 Olympics.

Was it a life well lived?

Only a limited sphere of people can answer that. What it can be is a reminder to live life well. A reminder that love of craft and unadulterated focus are admirable qualities but that the best outcome of all is that you get to share them both with those in your community of people. This is the opportunity that Tiger still faces, and it’s one he seems to have already started taking on.

If this is true — and I believe it is — then it means the opposite of what Kobe said four years ago is also true (and staggering given the events of the last day).