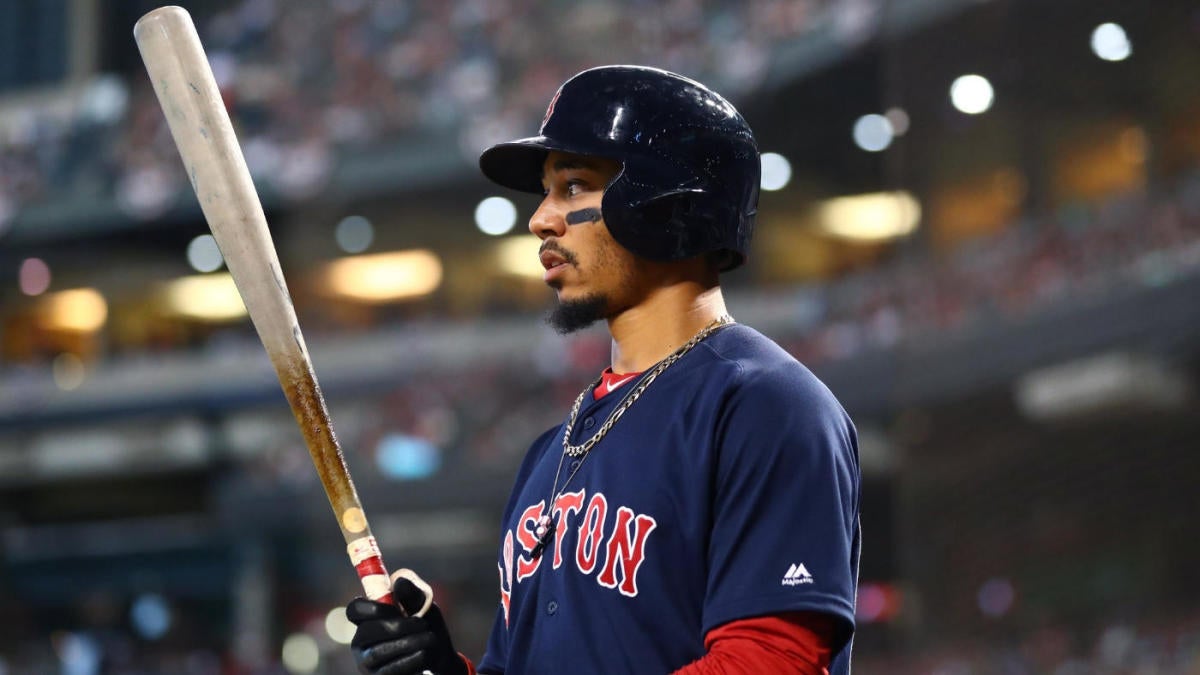 The Orioles are considering a reunion with free agent right-hander Andrew Cashner, reports Roch Kubatko of MASN Sports. Kubatko adds the O’s are much more likely to sign a starting pitcher than trade for one. John Means and Alex Cobb are the only locks for Baltimore’s rotation at the moment, and Cobb is coming back from hip and knee surgery.

Speier reports that the Dodgers are likely to consider trading any of their top prospects, outside of infielder Gavin Lux and right-hander Dustin May. A deal with the Dodgers could also mean that the the club will have to take on the remaining million left on left-hander David Price‘s contract. Meanwhile, the Padres, are reportedly requiring the Red Sox to take on Wil Myers‘ remaining contract of million over the next three years. San Diego owns a top farm system and possesses a deep Major League roster, so the club is likely able to keep the Betts trade talks ongoing with the Red Sox. On Thursday, the Padres reportedly included “significant amount of prospect talent” in their most recent trade talks with the Red Sox.

The Marlins have agreed to a one-year deal worth million with veteran reliever Brandon Kintzler, reports ESPN’s Jesse Rogers. The contract also includes a million club option for 2021 and escalators if he’s traded.Kintzler, 35, immediately becomes the odds-on favorite to close games in Miami this season, pushing Ryne Stanek into a setup role and Jose Urena possibly back into the rotation. The sinkerball specialist had a 2.68 ERA in 57 innings with the Cubs last season and figures to be an attractive trade chip come the July 31 deadline.

The Cincinnati Reds are reportedly emerging as the “clear frontrunners” to sign free agent outfielder Nicholas Castellanos, according to MLB Network’s Jon Morosi. Both sides have made progress toward a deal, Morosi adds.Betts, 27, is set to become a free agent following next season after he recently agreed to terms on a record-breaking one-year pact worth million for his final season of team control. Betts’ 2020 deal beat Rockies third baseman Nolan Arenado‘s record of million for an arbitration-eligible player. The 2018 American League MVP hit .295/.391/.524 (135 OPS+) with 6.8 WAR in 150 games for Boston last season. Boston should aim to build around their current core group of Betts, Xander Bogaerts, Andrew Benintendi, and Rafael Devers, but if the organization can’t reach a long-term deal with the outfielder, a trade may be forthcoming.

Cashner, 33, spent 2018 and part of 2019 with the Orioles, and enjoyed it so much he threatened to retire if traded. He ultimately accepted a trade to the Red Sox last year, but was demoted to the bullpen and finished with a 4.68 ERA in 150 innings. If nothing else, Cashner can chew up innings and lighten the load on the young pitchers the O’s figure to employ in 2020.The team is weighing potential combinations of big leaguers and prospects offered by the Padres as well as the Dodgers, and remains engaged with both teams about the possibility of a deal involving their superstar right fielder.

Orioles could reunite with Cashner

The fact that discussions are ongoing with multiple teams is not a guarantee that Betts will be dealt. It’s possible that the Red Sox will enter the 2020 regular season with their superstar — with the possibility of exploring his trade value at the deadline if the team is not clearly in contention. But the team’s willingness to consider dealing the four-time All-Star and 2018 A.L. MVP appears serious. The MLB offseason of 2019-20 is nearing its end as we’re just a little over two weeks away from pitchers and catchers reporting to spring training camps across Arizona and Florida. Five of our top 50 free agents remain unsigned, so there’s still some hot stove work that has to be done between now and then, but at least real live baseball is fast approaching. Here are Sunday’s hot stove rumors.

Castellanos, 27, is expected to earn a nicely sized contract as a free agent this offseason after hitting .289/.337/.525 last season with a career-high 27 home runs. He also reached a career-best mark in OPS (.863) and OPS+ (121). He spent the 2019 season with the Detroit Tigers before moving to the Chicago Cubs at the trade deadline. If Castellanos were to end up in Cincy, he’d join an outfield consisting of Nick Senzel, Shogo Akiyama, Jesse Winker and Aristides Aquino. The Red Sox are continuing to discuss trade scenarios for star outfielder Mookie Betts, according to Alex Speier of the Boston Globe. Speier reports that Boston is in discussions with the Dodgers and Padres. Betts has been at the center of trade rumors for nearly the entire offseason, and Boston’s willingness to depart with Betts “appears serious,” according to Speier. Here’s more: