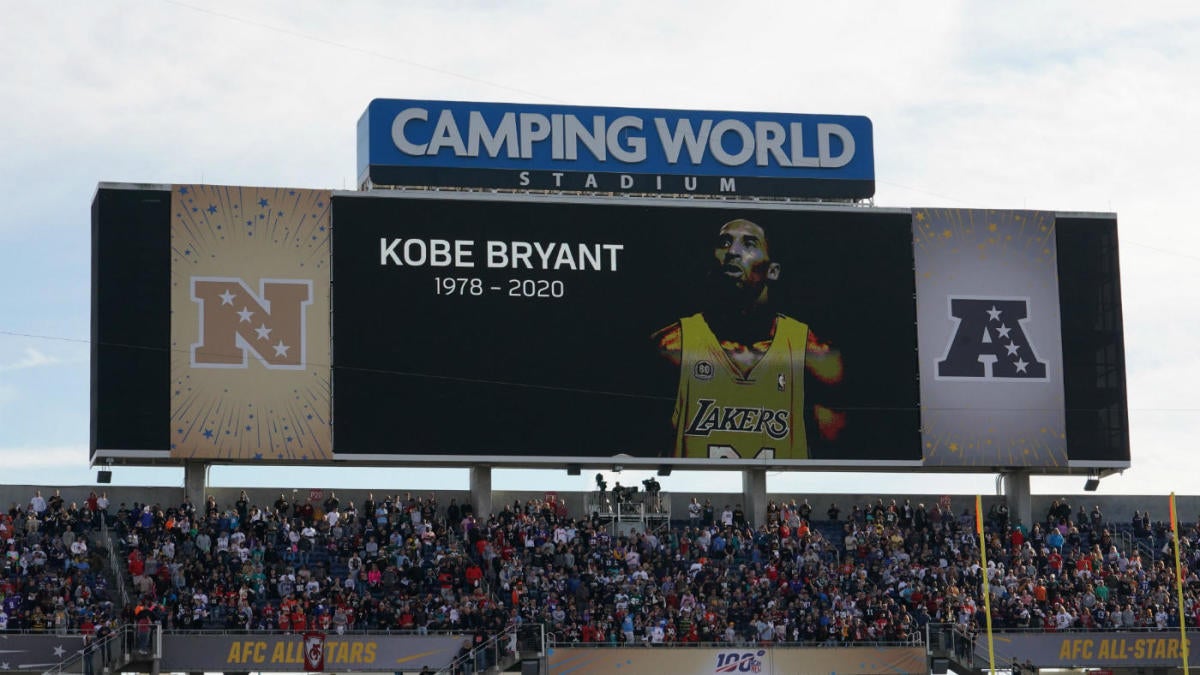 Kobe Bryant, one of the greatest basketball players in NBA history, died in a helicopter crash Sunday morning. He was 41 years old. The news regarding Bryant’s death began to break shortly before 3 p.m. ET, at about the time the NFL Pro Bowl was set to kick off. During the second quarter of Sunday’s all-star game, the jumbotron inside Camping World Stadium acknowledged Bryant’s death that included a photo of the five-time champion.

Almost immediately, fans began shouting “Kobe!” in a homage to one of the world’ most popular athletes.

Smith, during a sideline interview with ESPN’s Lisa Salters, said that Seahawks quarterback Russell Wilson gathered the NFC team around him inside the locker room to pray for Bryant and his family after news broke of Bryant’s death just before the start of Sunday’s game.

“I’m a big basketball guy,” Adams told Salters. “Kobe’s always been special to me, being from California. I had to give my shout out to 2-4.”

NFC Team quarterback Drew Brees, during a sideline interview with Salters, offered his thoughts on Bryant.

“I had the chance to meet him one time. He was a guy who I always hoped I would have the chance to be around more,” Brees said. “I had so much respect for him as a competitor. I know he inspired so many people in so many different ways. One of the great competitors of any generation. Not just with sports, but I think just the way he approached a lot of things and what he was doing now after basketball.

AFC Team quarterback Lamar Jackson was also asked about Bryant. Jackson said that Bryant gave him a signed jersey shortly after Jackson was drafted by the Ravens back in 2018.

“That’s a legend,” Jackson said of Bryant. “He did so much for the game of basketball. A lot of people looked up to Kobe Bryant, including myself. He’s a great player. From what I heard, he was a great person as well. My prayers are with his family.”