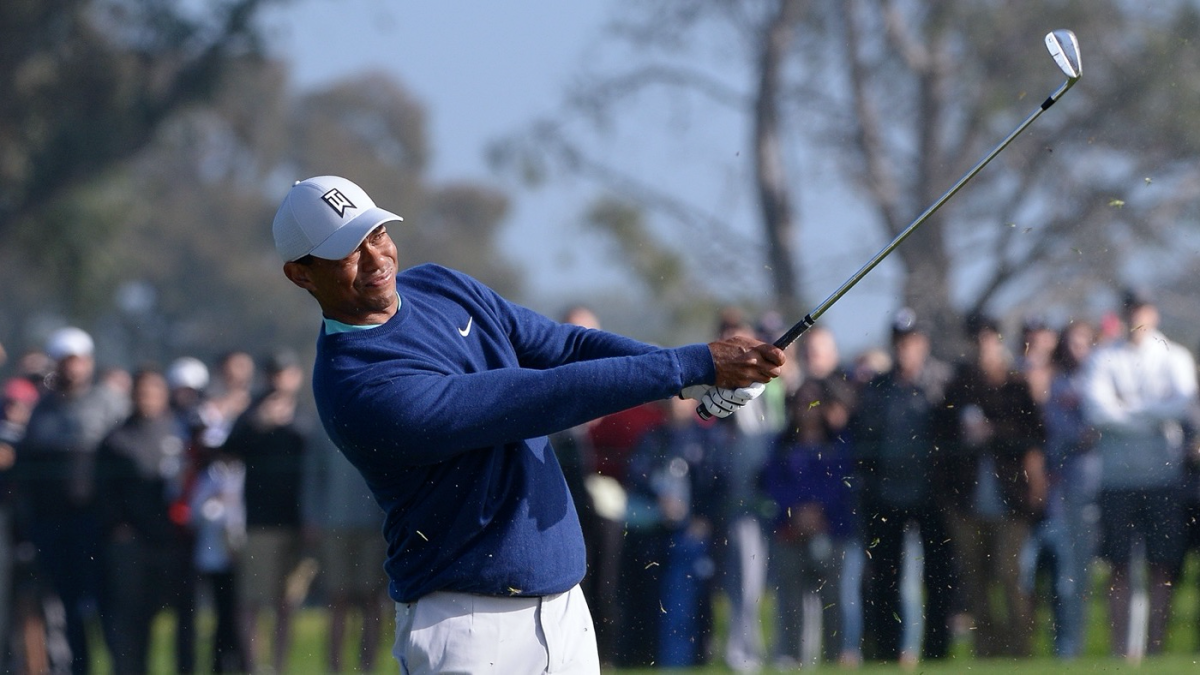 It was a tale of two nines for Tiger Woods. He shot a 4-under 32 on the front nine in Saturday’s third round at the Farmers Insurance Open at Torrey Pines and then 1-over 37 on the back nine en route to a 3-under 69, which leaves him at 7 under on the week and a handful back of the leaders at the time he finished.

It wasn’t just about the proximity numbers, either. Woods looked completely locked in on the front, and while his swing speed and tempo didn’t waver much on the back, everything was just a little bit off. The final hole was a microcosm of his back nine. After laying up to a good number on the par-5 18th, he hit his third over the green into the sand before sinking a 15-footer to save par and shoot something in the 60s.

On the front nine, those 15-footers were for birdie. On the back, they were to save par.

“… Here I am with a wedge in my hand. I should be making a birdie at 18, and I’ve got a 15-footer for par. It was important to make that putt to salvage the round at the end,” Woods said.

Still, Woods is in a decent spot (especially for him) going into the weekend. He may or may not finish inside the top 10 after Round 3 (he was T7 as his round ended), but if he does, it bodes well for what would be an eighth Farmers Insurance Open title in his career (and ninth win at Torrey Pines).

One problem for Woods is that two superstars — Jon Rahm and Rory McIlroy — are in front of him. Sometimes it’s not about the number of people you trail but who those players are. Rahm or McIlroy could falter, of course, but both of them in a big way? That seems unlikely.

“I’m going to have to shoot a pretty good round tomorrow,” Woods told CBS Sports. “I’ll have my work cut out for me tomorrow. I’ll have to go out there and post a number, and hopefully it will be good enough.”

The event was there to be grasped on Saturday. Woods had climbed from near 20th to start the day all the way to third before stumbling home with that 37 on the back. It will probably end up costing him an 83rd win.

Not all is lost, though. Woods has gone on to have excellent seasons each of the last two years following so-so performances at this tournament. This year’s showing has been far better than either of those, at least to this point. Whatever momentum Big Cat picked up in the fall with that win at the Zozo Championship, it’s clear he still has it with him.

If we get another front-nine performance on Sunday like we saw in Round 3, who knows. Maybe his record-setting 83rd victory actually does happen at the course where he’s won more than any other in his astounding career. Either way, Sunday’s final round should be a memorable one as a start to the 2020 calendar year.