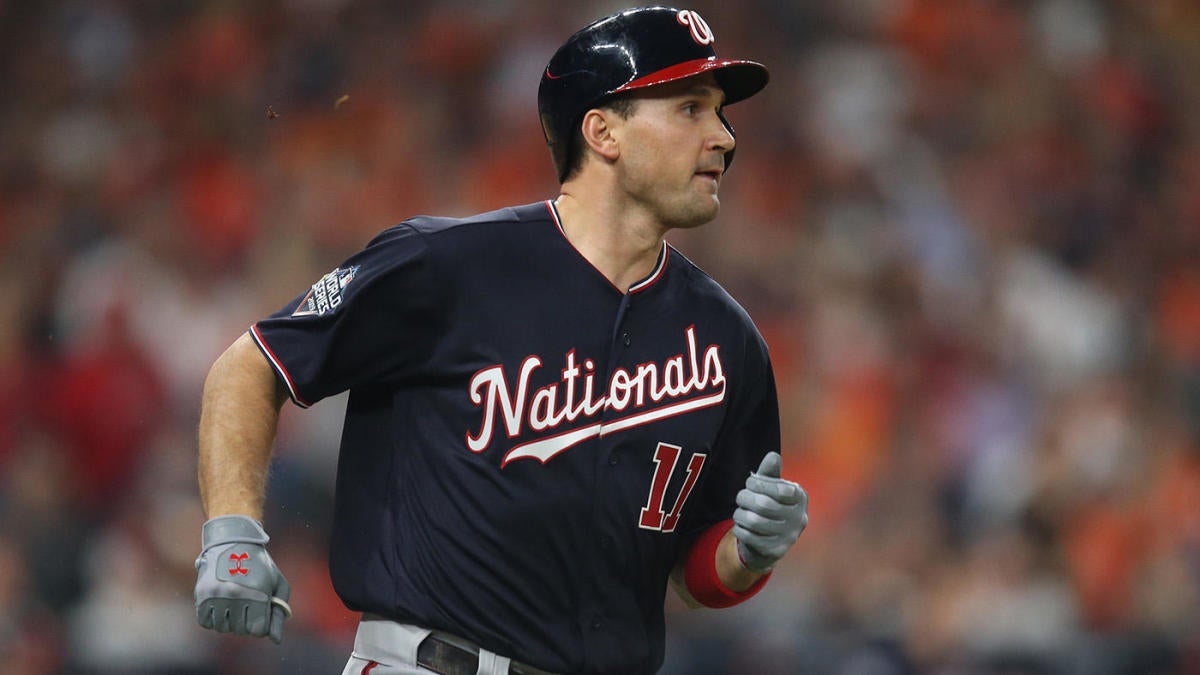 Ryan Zimmerman is the only player to appear in every season for the Washington Nationals since the franchise relocated from Montreal in time for the 2005 campaign. On Friday, the Nationals and Zimmerman ensured that will remain the case, as the two sides agreed to a one-year pact worth million guaranteed, according to Barry Svrluga of the Washington Post.The Nationals have brought back a fair number of free agents from their World Series-winning club, including Strasburg and Zimmerman, as well as Kendrick, Cabrera, and Daniel Hudson. Third baseman Anthony Rendon, now with the Los Angeles Angels, is the only notable departure.When Zimmerman wasn’t sidelined by plantar fasciitis last season, he hit .257/.321/.415 (86 OPS+) in 190 plate appearances. His exit velocity was well above the league-average mark, suggesting his bat remains more potent than his baseball-card statistics suggest. Zimmerman leads the Nationals franchise in Wins Above Replacement. He seems unlikely to hold onto that spot for much longer; Stephen Strasburg and Max Scherzer are closing in.Zimmerman, 35, will be part of a crowded infield picture. Shortstop Trea Turner figures to be the closest thing the Nationals have to an everyday starter. Otherwise, manager Davey Martinez can mix and match to his heart’s content at the other infield positions with a group that already included Eric Thames, Howie Kendrick, Starlin Castro, and Asdrubal Cabrera. Zimmerman, for his part, figures to see the bulk of his action as a first baseman versus left-handed pitching. Mike Rizzo has maintained some breathing room as it pertains to his budget. The Nationals, with Zimmerman’s modest salary included, are more than million below the luxury tax, according to Cot’s Contracts. Rizzo kept the Nationals below the luxury-tax line in 2019 as well, so there’s no incentive to remain below that threshold in order to “reset” the penalties.