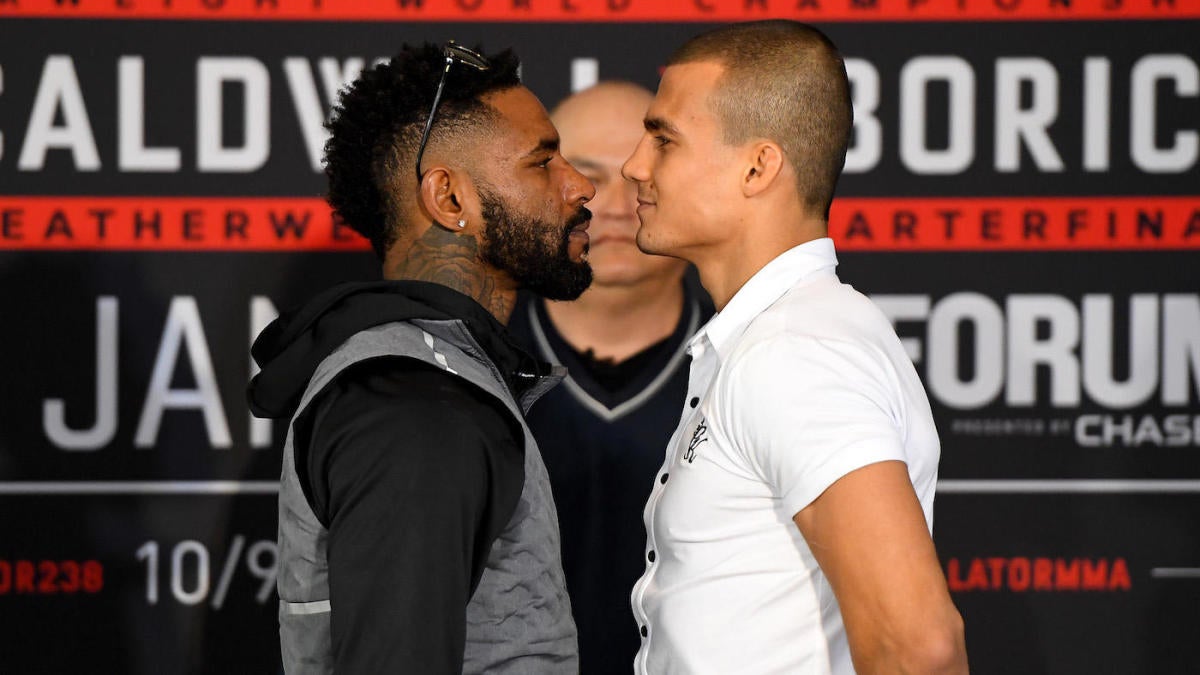 Adam Borics entered Bellator 238 as an undefeated rising featherweight star. He left having learned a hard lesson taught by former Bellator bantamweight champ Darrion Caldwell, who picked up a first-round submission in their quarterfinal fight in the Bellator Featherweight World Grand Prix.

Can’t get enough MM? Subscribe to my podcast — State of Combat with Brian Campbell — where I break down everything you need to know in the cage.

With a shot at A.J. McKee in the semifinals of the tournament awaiting the winner, it took Caldwell (15-3) little time to turn the bout into his style of fight. He quickly got inside with a shot and drove Borics (14-1) to the canvas. When Borics didn’t lock Caldwell in his guard, Caldwell advanced position, partially taking the back and waiting for the 26-year-old to make a mistake. That mistake came at the 2:20 mark of Round 1, when Borics lifted his chin enough for Caldwell to slip his arm under and lock in a rear naked choke to secure the tap and a ticket to the tournament semifinals.

It was an impressive performance for Caldwell, who had previously struggled to make the 135-pound bantamweight limit despite holding the title. Coming into the tournament, he’d lost back-to-back fights to Kyoji Horiguchi, first for the RIZIN bantamweight title and then for the Bellator version of the championship. After decisioning Henry Corrales in the opening round, Caldwell found himself against a younger fighter with a lot of hype in Borics but handled his business quickly.

“Honestly, this is my night. This is my tournament,” Caldwell said after his victory, before turning to McKee, who had entered the cage. “The fact is, I see this man over my shoulder over here to my left looking like he wants some. Come get some.”

Borics had blazed through his first five Bellator fights, taking three by knockout and two by submission, including an opening-round knockout victory over former multi-time champ Pat Curran.