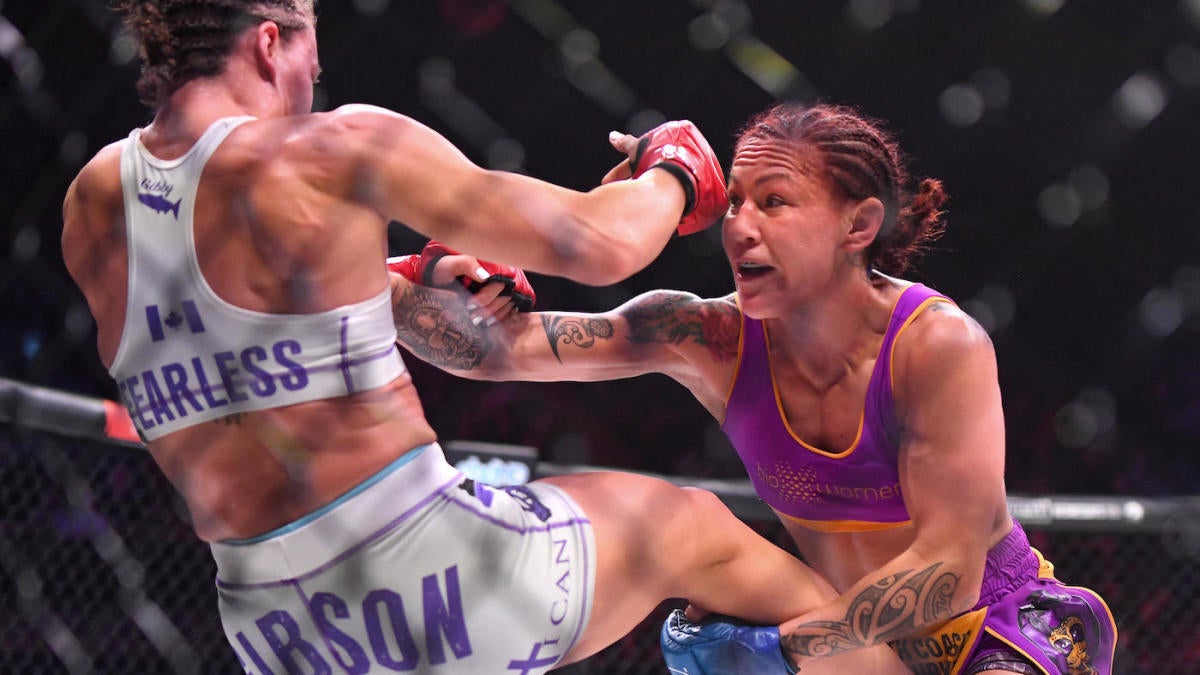 One fight into a deal Bellator president Scott Coker called maybe “the most lucrative contract in MMA history,” Cris Cyborg is the promotion’s women’s featherweight champion. Cyborg captured the championship with a stoppage of Julia Budd in the main event of Bellator 238 from The Forum in Inglewood, California, dominating the fight before finally finishing the job in Round 4. The title-winning victory makes Cyborg the first fighter in MMA history to secure a world championship in four different promotions (Strikeforce, Invicta, UFC and Bellator).

The fight had a frantic pace at the open with Budd (13-3) showing off impressive strength in trying to muscle Cyborg (22-2) against the cage. Budd also managed to get top position on the ground, taking advantage of a Cyborg slip to find early hope. An illegal knee on the ground allowed Cyborg back to her feet after a brief referee stoppage. From that point, Cyborg took over the fight.

Budd struggled to engage offensively without eating flurries of strikes in return. Cyborg also began catching Budd’s kicks and using those openings to take the fight to the ground, where she was able to overwhelm the champ with heavy punches. On the feet, Cyborg used leg kicks and body shots to soften Budd up and set up even more openings with her hands.

Can’t get enough MMA? Subscribe to our podcast — State of Combat with Brian Campbell — where we break down everything you need to know in the cage.

Those body shots eventually paid off when Budd was trapped with her back against the cage in Round 4. As Cyborg flurried with heavy punches, she dropped a right hand to the body that brought Budd’s hands down to cover her abdomen. After another body shot, Budd crumbled and referee Mike Beltran dove in to halt the fight at the 1:14 mark of the frame.

“I feel very happy,” Cyborg said after her victory. “I trained very hard for this title. I respect Julia, she was a long time undefeated.”

Budd had, in fact, not lost a fight since November 2011, when she was submitted by Ronda Rousey in a Strikeforce fight. She entered the fight riding an 11-fight winning streak that included winning the inaugural Bellator featherweight championship fight and successfully defending the belt three times before running into one of the most accomplished women to ever compete in MMA.

Cyborg, who called the win the start of a “new era,” has now held gold in Strikeforce, Invicta FC, UFC and Bellator. She joined Bellator after a bitter split from the UFC which saw her engage in a war of words with promotion president Dana White. With a new direction in her career and another title around her waist, Cyborg had one request for the next step in her new promotion.

“You know, I would like Scott [Coker] to make a Grand Prix,” she said.