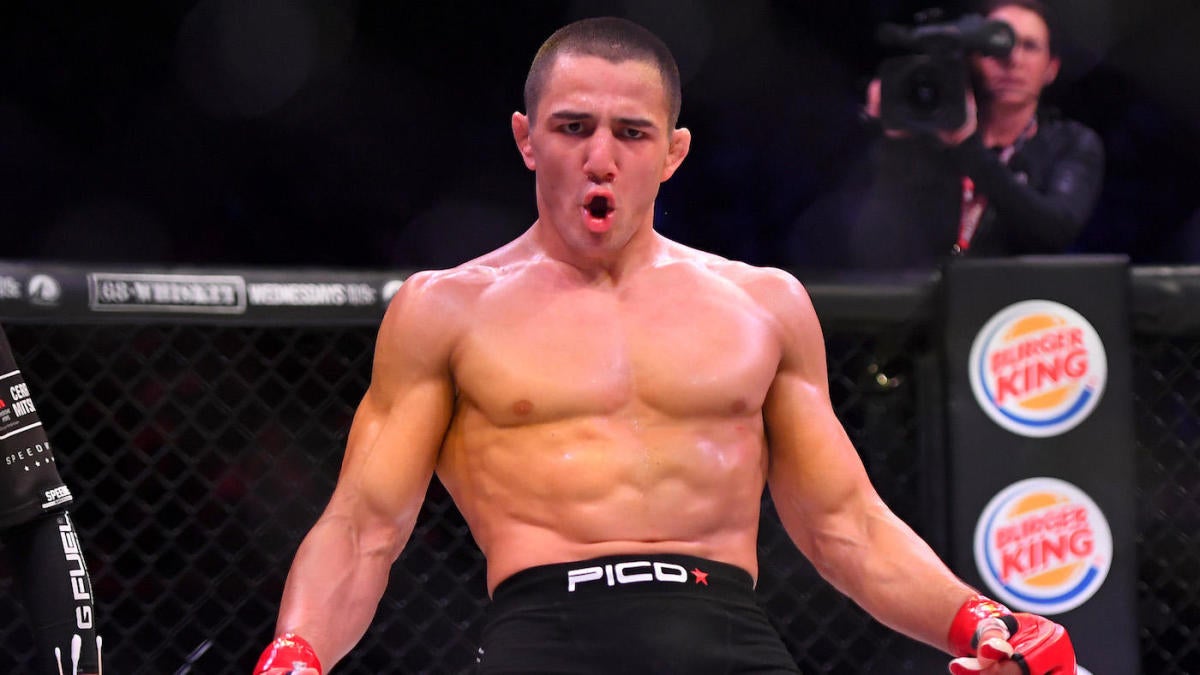 Aaron Pico entered the MMA world as maybe the most highly-touted prospect in the history of the sport, but things haven’t gone according to the script for the 23-year-old. Pico was submitted in just 24 seconds in his pro debut, and after rattling off four consecutive wins in the Bellator cage, he suffered back-to-back stoppage losses heading into Bellator 238 on Saturday. Inside the cage in Inglewood, California, Pico again showed off some of the skills that led so many to expect him to ultimately become one of the greats.

Pico was relegated to the undercard of the event, facing off with Daniel Carey in a featherweight showdown. In the second round of the fight, he launched a left hand and connected to Carey’s chin with his forearm, leaving his opponent out cold. A gigantic follow-up hammer fist landed, but the deed was already done as Carey went down in a heap from the initial shot.

Pico entered the sport with all the skills anyone could ever ask, having an accomplished wrestling career that saw him qualify for the Olympic trials and advance to the finals as a teenager while also picking up youth boxing awards and competing in pankration. Now holding a 5-3 pro record, there’s still time for Pico to work his way back up the ladder and attempt to forever brush off the “bust” label that has already plagued him in his young career.