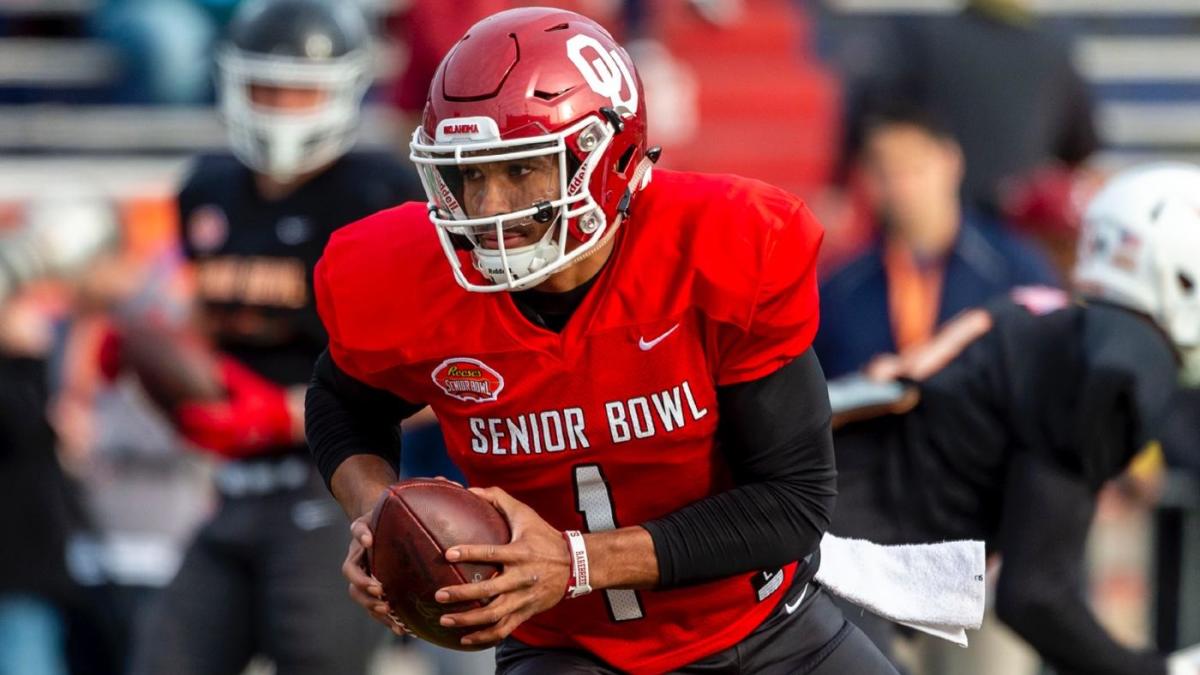 Since 1950, the Senior Bowl has served as college football’s all-star game featuring NFL Draft hopefuls. While the Senior Bowl provides college seniors with another opportunity to make a strong impression on NFL teams, it’s also a chance for the players to play with the country’s other standout seniors while building new relationships during the final chapter of their collegiate careers.

Before we preview this year’s Senior Bowl, he’s how you can follow the action in real-time.

Patrolling the sidelines for the North Team will be Lions head coach Matt Patricia and the rest of Detroit’s coaching staff. The South Team will be coached Zac Taylor and the rest of the Bengals‘ coaching staff. The Lions hold the No. 4 overall pick in the draft, while the Bengals are expected to use the No. 1 overall pick on LSU quarterback, Joe Burrow.

While Burrow will not be taking part in Saturday’s game, Oregon quarterback Justin Herbert, Oklahoma quarterback Jalen Hurts, and Utah State signal-caller Jordan Love will be taking part in this year’s Senior Bowl. In his most recent Mock Draft, CBS NFL Draft analyst Ryan Wilson has the Panthers selecting Herbert with the seventh overall pick. Wilson also has Love going to the Raiders with the 12th overall pick. Hurts, who helped lead Alabama to a national title in 2017 before finishing his college career with the Sooners, will look to improve his draft stock during Saturday’s all-star game.

A versatile player, the 6-foot-2, 221-pound Gibson caught eight touchdowns last season while averaging a whopping 19.3 yards per catch. Anderson, a 5-foo-11, 212-pound back, averaged 5.6 yards per carry during his time at TCU. Claypool, a big target at 6-foot-4 and 229 pounds, caught 13 touchdown passes during his final season with the Fighting Irish. Hill, a 6-foot, 195-wideout who helped the Buckeyes win three consecutive Big Ten titles, caught 20 touchdowns and 201 receptions during his time at Ohio State.

Adams, currently tabbed by CBS Sports as the 58th best player in the 2020 draft, will look to show scouts that he is agile enough to play on the left side of the line during Saturday’s Senior Bowl. Hopkins, currently slated as the second-best tight end in the 2020 draft, caught 61 passes for 830 yards and seven touchdowns last season before being named as a second-team All-American.

Wilson currently has Kinlaw, tabbed by CBS Sports as the second-best defensive lineman in the draft, being selected by the Jaguars with the ninth overall pick. Harrison, projected as the sixth-best linebacker in the draft, will look to improve his draft stock on Saturday after recording 156 tackles, 25 tackles for loss and six sacks during his final two years with the Buckeyes.

Fulton, slated as the second-best cornerback in the draft, broke up 14 passes last season while helping the Tigers capture the national championship. Gallimore recorded 147 tackles, 8.5 sacks, and five forced fumbles during his time with the Sooners.

Willekes and Robinson, ranked 13th and 14th at their position, respectively, will both look to have strong outings on Saturday while significantly improving their draft stocks. Willekes, one of college football‘s more productive edge rushers over the past three years, totaled 10 sacks and 15.5 tackles for loss last season. Robinson, who like Willekes checks in at 6-foot-4 and 260 pounds, tallied 19 sacks and 32 tackles for loss during his three seasons with the Orange.