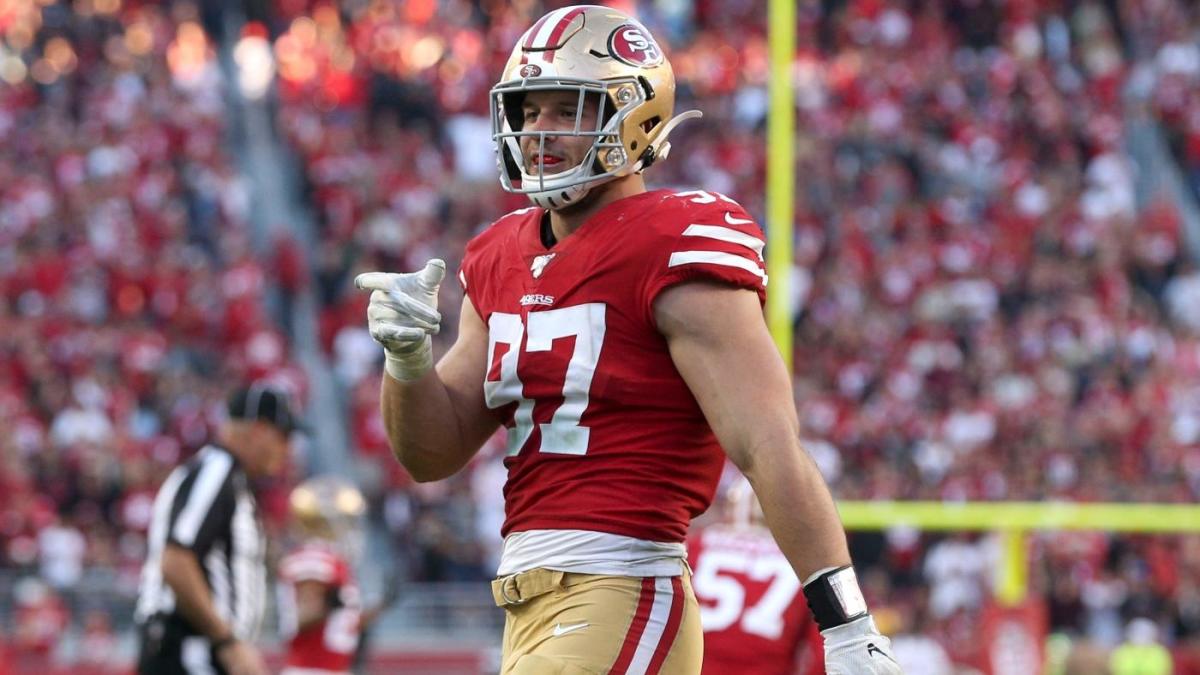 The San Francisco 49ers and Kansas City Chiefs face off in Super Bowl LIV next Sunday, and many believe the matchup will come down to if Patrick Mahomes can continue his successful postseason against one of the best defenses in the NFL.

In two games, San Francisco’s defense has allowed an average of just 252.5 yards of total offense — including just 41.5 rushing yards per game. Rookie pass-rusher Nick Bosa has played a big role for the 49ers this postseason, having recorded 10 combined tackles and three sacks in two playoff games, and he will have some outside help when he faces off against the versatile Mahomes.

Nick’s brother, Joey Bosa, is a pass-rusher who plays for the Los Angeles Chargers — a team in the same division as the Chiefs. On Thursday, Nick told reporters that he will definitely be looking for advice from someone who knows Mahomes as an opponent fairly well.

“Yeah, definitely. We’re going to be talking,” Nick said of speaking with Joey regarding Mahomes, via NFL.com. “He has pretty good input on these guys. He’s going to give me everything that he could give me and it’s up to me to go use it.”

Joey is 1-2 against Mahomes in his career, and while he has not registered a sack against the 2018 NFL MVP, he has notched five quarterback hits. Something Joey will probably tell Nick is to watch out for Mahomes to scramble. Mahomes is known for his big arm, and he’s thrown for 615 yards and eight touchdowns in the playoffs so far. He also has led the Chiefs in rushing yards in both postseason contests, however, with 53 yards on both occasions. Joey knows Mahomes is capable of rushing, as the Chiefs’ quarterback rushed for a season-high 59 yards against the Chargers in Week 11.

“We’re back playing a mobile quarterback and one who could throw better than any we’ve faced,” Nick said. “One of the biggest things is trying to keep him in the pocket and not let him escape when he wants to escape and make him uncomfortable.”

Nick put together an incredible rookie season for himself. He recorded a combined 47 tackles, nine sacks, two passes defensed and one interception in 16 games, and is ready for the challenge Mahomes brings to the table in the biggest game of the year.