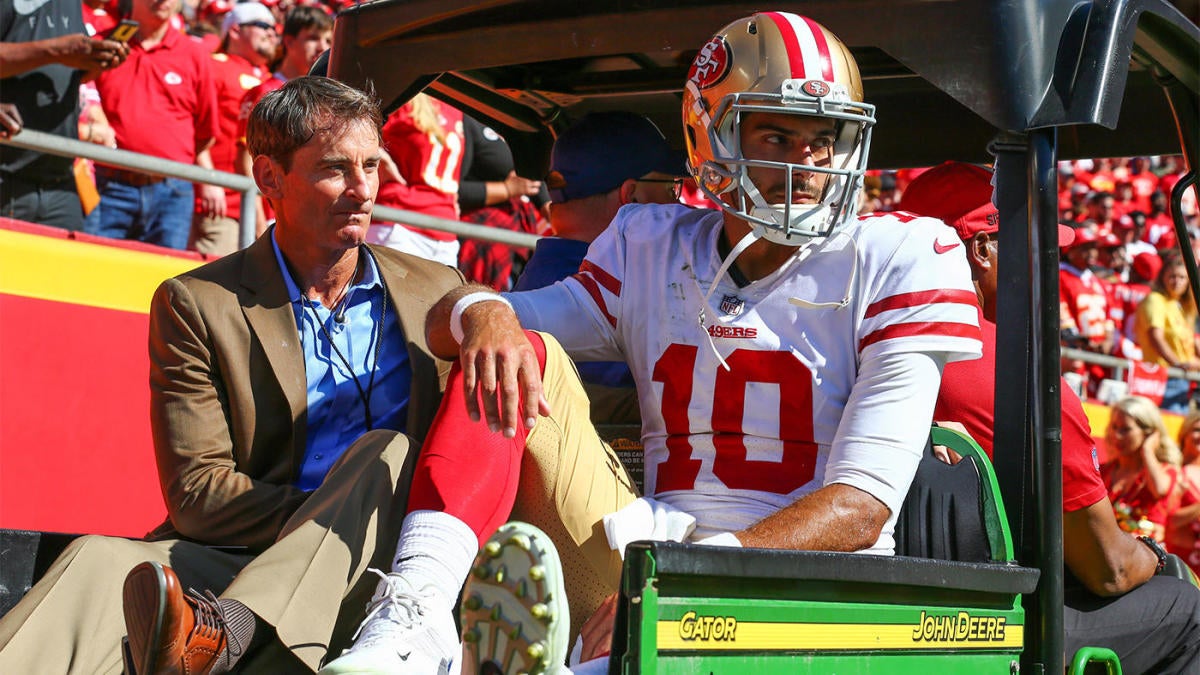 Jimmy Garoppolo had plenty to prove heading into the San Francisco 49ers game against the Kansas City Chiefs in Week 3 of the 2018 season, but unfortunately, Garoppolo never had the opportunity to finish what he started. After completing a 13-yard scramble on a third-and-7 run in the fourth quarter, Garoppolo tore his ACL following a hit by Chiefs defensive back Steven Nelson. The injury that forced him to miss the rest of the 2018 season.

San Francisco ultimately fell to Kansas City 38-27, but the biggest loss from the game was their starting quarterback. Patrick Mahomes, who threw for 314 yards and three touchdowns in the win, reached out to Garoppolo after his injury. Mahomes provided him with words that certainly inspired the 49ers’ quarterback.

“For him to come out of his way after the game and wish me luck and everything. (He’s) a real class act…,” Garoppolo said at his press conference Thursday. “For him to do something as simple as that. It went a long way.”

Garoppolo went through an intense rehab and a struggling preseason to get ready for Week 1 of the 2019 season and has since thrived. The 49ers went 13-3 as Garoppolo started all 16 games, completing 69.1 percent of his passes for 3,978 yards, 27 touchdowns, 13 interceptions, and a 102.0 passer rating. The 49ers are 19-5 in Garoppolo’s 24 starts and have averaged 29 points per game since San Francisco made him the starting quarterback in 2017.

Garoppolo has thrown just 27 passes in the postseason (208 yards, TD, INT), but his play has the 49ers in the Super Bowl for the first time in seven years. The 49ers continue to win with Garoppolo as their quarterback, and they can, at least in part, thank Mahomes for reaching out to their franchise signal-caller in his time of need.