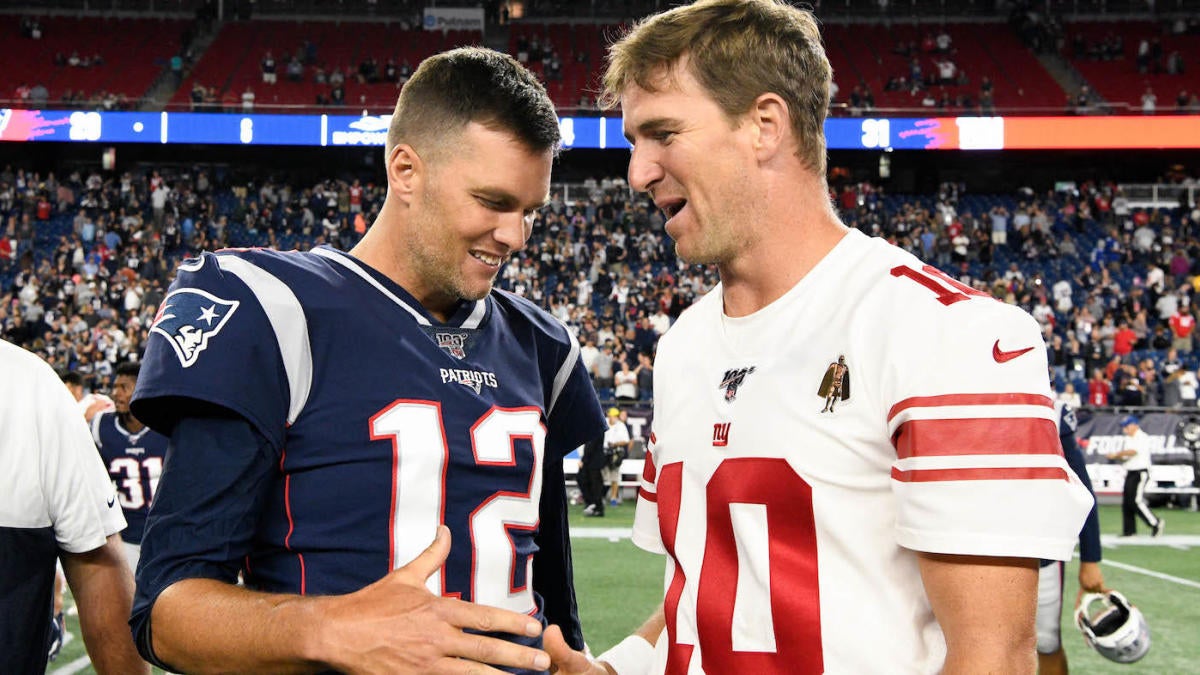 It’s the end of an era for the New York Giants organization on Friday as longtime quarterback Eli Manning is officially announcing his retirement from the NFL. Manning is responsible for two Giants Super Bowl titles (2007, 2011) and both came at the expense of the New England Patriots.

Manning is being showered with praise and congratulations as he steps away from the NFL and long-timer Patriots quarterback Tom Brady also took the time on Friday to congratulate the man who defeated him in two Super Bowls. However, the six-time Super Bowl champion was also pretty blunt in saying that he wished Manning didn’t win any Super Bowls over the course of his career. Instead, Brady would rather those two rings rest on his fingers.

“I’ve been around Tom a number of times. I see how competitive he is and we joke around a little bit, but I think it’s not real funny to him.,” Manning said with a smile during his retirement press conference when informed about Brady’s tweet. “When you think about the great moments in your career, those would be at the top of the list.”

He added: “Those were special. I think everyone wants to make it me vs. Tom Brady, but it was the Giants vs. the Patriots. Defenses played outstanding. Guys made plays — David Tyree, Mario Manningham, Plaxico Burress in the corner of the end zone. Like i said, you just cherish those moments, you cherish those relationships you have with those teammates and coaches when you win those games.”

Manning and the Giants were not only responsible for keeping the Patriots from winning two more Super Bowls over their impressive two-decade run, but they also erased what would have been the first 19-0 season in NFL history in 2007. That game rests as the biggest upset in Super Bowl history as the Giants went from a 10-6 regular season team playing on Wild Card Weekend to heading to Super Bowl XLII to beat the undefeated Patriots. That game is also synonymous with Manning escaping what looked like was going to be a sure sack and eventually resulted in the “helmet catch” by David Tyree, which helped set up the upset victory a few plays later.

Just a few years later, Brady and Manning met again in the Super Bowl and once again, his Giants were able to get the best of New England.

Without Manning’s brilliance during those two runs (which rank inside the top-3 of Manning’s greatest games ever), the Patriots likely would have an undefeated season and two more Super Bowls to add to their trophy case, giving the franchise eight overall and arguably making them the greatest dynasty in the history of professional sports.

Tom Brady knows that all too well and — while he’s undoubtedly happy for Manning during his retirement — he also likely wishes those two Lombardi Trophies weren’t standing next to him on the podium as he gives his sendoff speech.