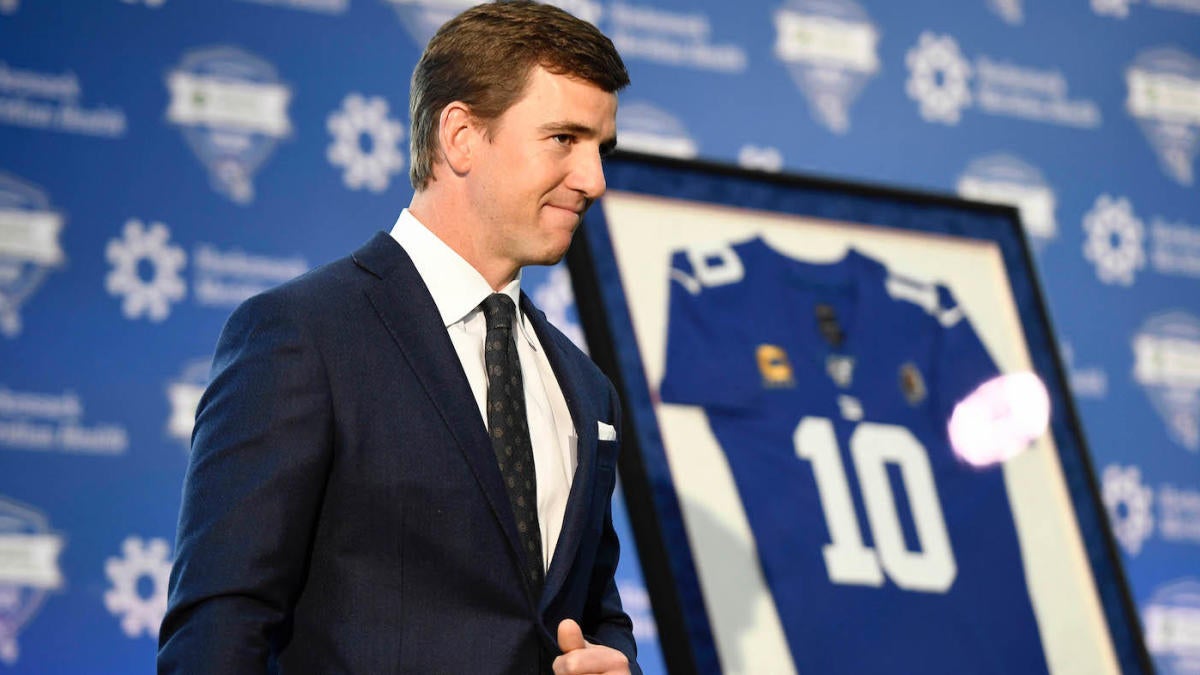 Eli Manning said goodbye to his playing career on Friday as the quarterback officially announced his retirement from the NFL.

With the rise of first-round quarterback Daniel Jones this past season, the writing was on the wall for Manning’s time in New York to come to a close. There was some thought, however, that Manning could try to join another club somewhere to extend his playing career. It never materialized as Manning simply called it quits. As he explained on Friday, there was an emphasis on the part of Manning to walk away as a Giant.

“It’s rare to have the privilege of playing an entire career with one organization,” Manning said during his retirement speech. “I’m proud to be one of the few, but even more that it was as a Giant.”

He later added: “It was important to me to go out as a Giant. I think when you get drafted and you come to an organization, I think that’s always your goal to stay with one organization your entire career. As you get towards the end of it, it doesn’t always work out that way and you still have desires to play sometimes, but I think it was important. The fans, the organization this family with the Giants has been so remarkable.

“I think it was the right thing to call it a career and to end it instead of trying to uproot my family and leave and try somewhere else. This was the right decision. I know it is and I’m at peace with it and that is what’s made this day a little bit easier.”

While it’s romantic to think that Manning simply wanted to end his career as a Giant, the two-time Super Bowl champion also likely looked at the landscape of the league and the quarterback situations for each club. With the likes of Tom Brady, Ryan Tannehill, Teddy Bridgewater, Philip Rivers and others set to be free agents this offseason, Manning likely would have been hard pressed to find a situation that would immediately slot him in as the start. As he highlighted, uprooting his family to fight for a roster spot this summer, isn’t exactly ideal, so retirement was the best option. Being able to say you spent your entire career with the Giants is just a bonus.

Yes, Manning’s playing days are over, but his working relationship with the Giants may not be. Owner John Mara has expressed the desire to have Manning back in some role with the organization going forward and the 39-year-old seemed open to the possibility.

“Yeah, I mean, that’d definitely be something I’m interested in,” he said. “I have to discuss that and talk to Mr. Mara and see in what ways [I could help the organization]. Again, I’ll take some time and just figure out how I want to spend these next years.”

Whether or not Manning role will be somewhere in the front office or as an ambassador of sorts remains to be seen, but he does have 16 years of experience as a starting quarterback in the NFL, so that could be put to good use for the franchise in some capacity.