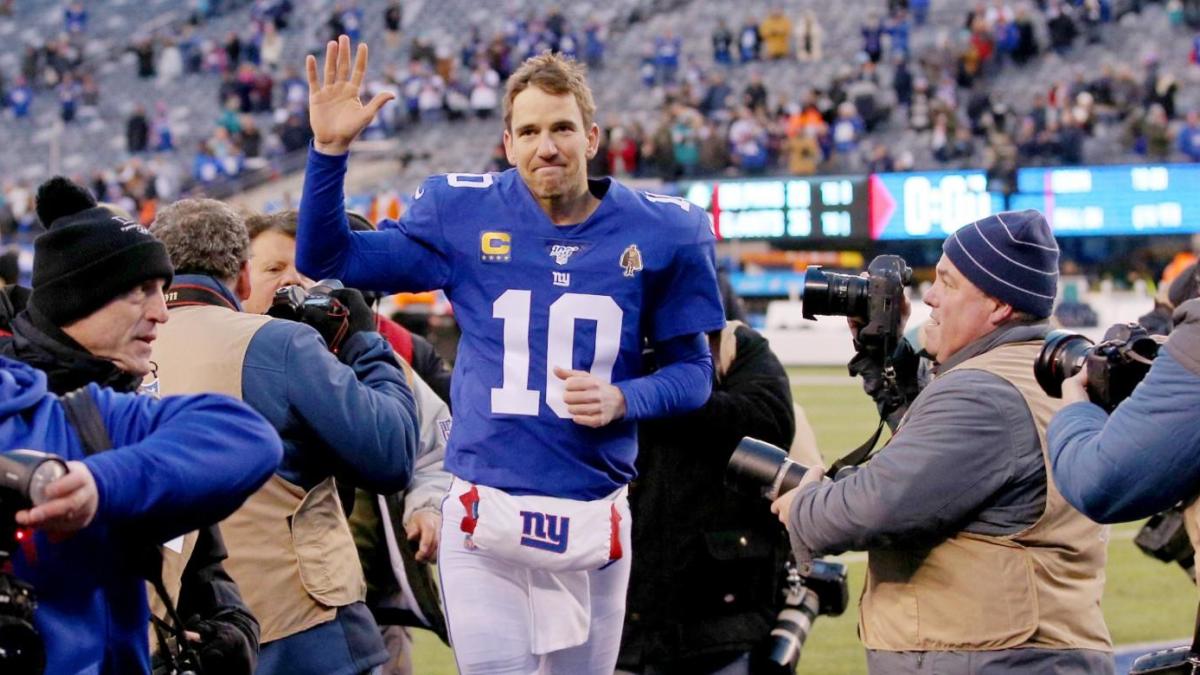 Eli Manning officially announced his retirement from the NFL Friday, capping a career which we won two Super Bowl titles with the New York Giants and played all 16 seasons for the organization.

“(Former Giants owner) Wellington Mara always said ‘Once a Giant, Always a Giant,'” Manning said in his retirement press conference Friday. “For me, it’s only a Giant.”

Manning finished his career with a 117-117 record, throwing for 57,023 yards, 366 touchdowns and 244 interceptions. Manning ends his career seventh all-time in passing yards and passing touchdowns, finishing with an 84.1 passer rating. In addition to winning Super Bowl MVP twice and having an 8-4 postseason record, Manning was selected to the Pro Bowl four times and was the 2016 Walter Payton NFL Man of the Year.

The NFL world is pouring out tributes to Manning, congratulating him on his retirement. Here are a few of the congratulatory tweets and messages to Manning:

Manning also received a tribute from Giants owner John Mara, when the news broke on his retirement announcement earlier in the week.

“For 16 seasons, Eli Manning defined what it is to be a New York Giant both on and off the field,” Mara said. “Eli is our only two-time Super Bowl MVP and one of the very best players in our franchise’s history. He represented our franchise as a consummate professional with dignity and accountability. It meant something to Eli to be the Giants quarterback, and it meant even more to us. We are beyond grateful for his contributions to our organization and look forward to celebrating his induction into the Giants Ring of Honor in the near future.”

Manning’s legacy in New York will be remembered as the player who led Giants football back to glory, having two of the best postseason runs of all time. He also will be remembered for pure class on and off the field, a reputation that followed him throughout his career.