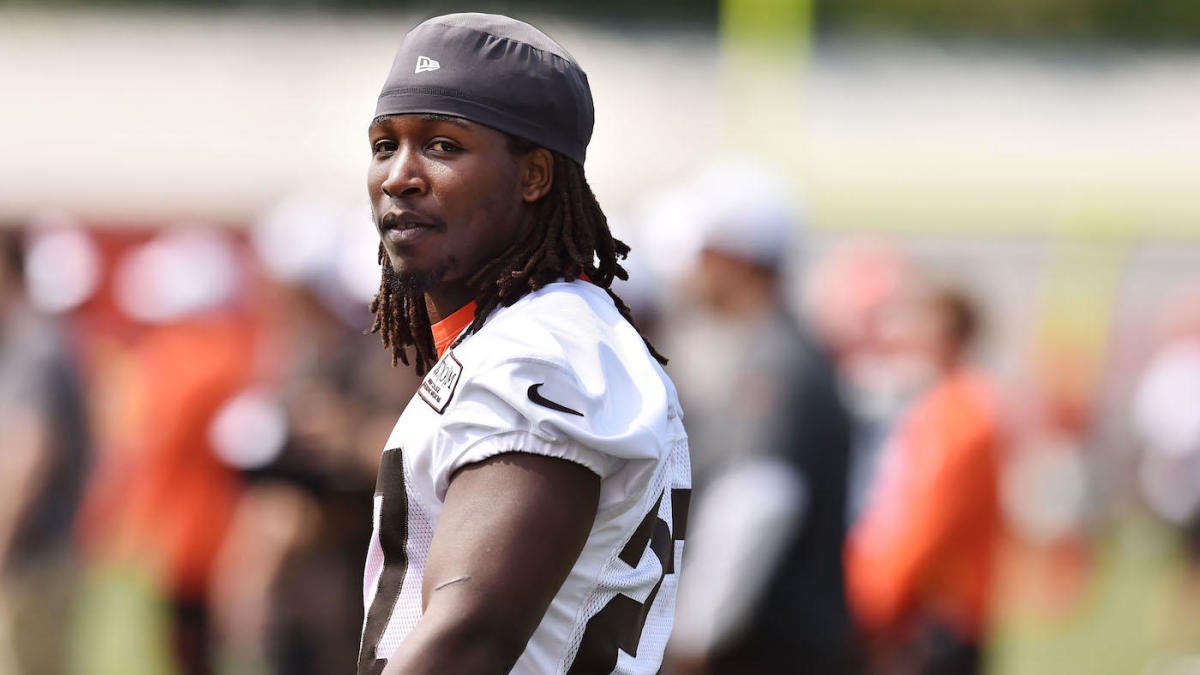 Earlier this week, Cleveland Browns running back Kareem Hunt avoided what could have been a troubling legal situation.

According to 92.3 The Fan, Hunt was pulled over by Rocky River police on Tuesday afternoon for speeding. During the traffic stop on Interstate 90, the officers detected an “odor of marijuana coming from inside the car.” The police asked Hunt to step out of the car while they conducted a search. Officers then found marijuana in three different locations of a backpack located in the back seat of the car.

The police confiscated the marijuana, but did not cite or charge Hunt. They simply handed him a citation for speeding, and allowed him to leave.

Hunt just finished his first season with the Browns, and recorded 179 rushing yards and two touchdowns on 43 carries in eight games. He also caught 37 passes for 285 yards and one touchdown. Hunt was suspended for the first eight games this season for three separate off-field incidents: A fight in a Kansas City bar, an altercation with a man in the Lake Erie island town of Put-in-Bay, Ohio, and then the infamous altercation with a woman outside of his hotel apartment in Cleveland, which led to his release from the Kansas City Chiefs.

Hunt has attended counseling sessions, anger management classes and alcohol awareness sessions over the past year, and told reporters in November that he understood another slip-up could cost him his career.

Thankfully, this situation was not as bad as it could have been for Hunt.