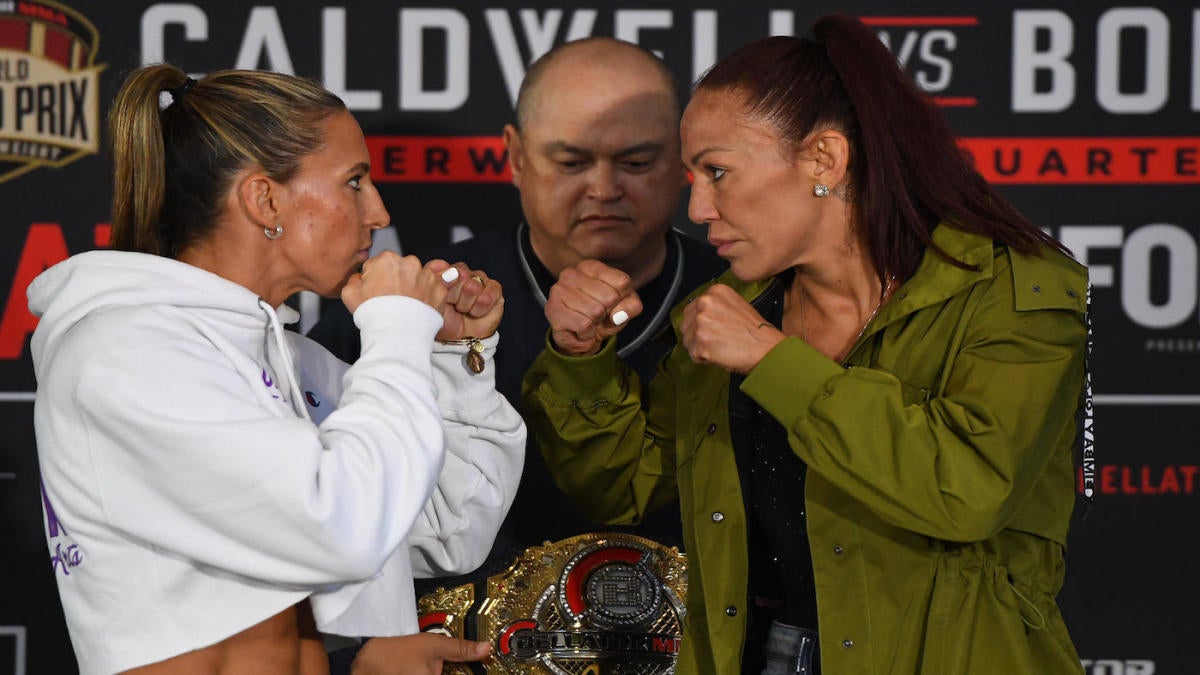 Once arguably the best female mixed martial artist in the world, Cris Cyborg is ready to set foot in the Bellator MMA cage for the first time in an effort to start redefining her legacy as she challenges Bellator women’s featherweight champion Julia Budd in the main event of Bellator 238 on Saturday. The fight is Cyborg’s first since an ugly parting of ways with UFC last year.

Women’s featherweight championship — Julia Budd (c) +300 vs. Cris Cyborg -400: While she may be the “B-side” for this fight, Budd (13-2) has not lost a fight since November 2011 when she faced Ronda Rousey. Her only other career loss came against Amanda Nunes earlier that year. Those two losses, both against two of the greatest fighters women’s MMA has ever seen, came in just her first four fights as a professional. Budd is now riding an 11-fight win streak that includes her title win and three successful defenses in her four most-recent fights.

Cyborg (21-2) is the third member of the “greatest of all time” club Budd will face, having won 20 consecutive fights and championships in Strikeforce, Invicta and UFC before suffering a stunning 51-second knockout loss to Nunes in December 2018. She rebounded from that loss with a win over Felicia Spencer last July before the UFC chose to not renew her contract or match any incoming offers, letting the Brazilian star walk in an ugly split. Prediction: Cyborg via TKO2

Featherweight World Grand Prix quarterfinal — Darrion Caldwell -125 vs. Adam Borics +100: Caldwell (14-3) beat Eduardo Dantas in October 2017 to win the Bellator bantamweight title. He would successfully defend the belt once before moving up to featherweight. A loss to Kyoji Horiguchi in RIZIN to end 2018 led to a rematch with Horiguchi in the Bellator cage, where Caldwell lost his bantamweight belt. In September, Caldwell entered the grand prix and picked up a win over Henry Corrales to advance to the second round.

Borics (14-0) is a 26-year-old with a lot of upside. He has dominated Bellator competition, picking up three knockouts and two submissions in five trips to the promotion’s cage. Included in that run was his second-round knockout of former multi-time champ Pat Curran in the tournament’s opening round. Prediction: Caldwell via UD

Featherweight — Juan Archuleta -250 vs. Henry Corrales +190: After starting his Bellator career with three straight losses, Corrales (17-4) finally went on a run of success with a five-fight winning streak that culminated in a 67-second knockout of blue-chip prospect Aaron Pico. The success launched him into the grand prix where he came up short against Caldwell. Archuleta (23-2) took an 18-fight winning streak into the opening round of the tournament where he met featherweight champ Patricio Pitbull with the title on the line. He lost a five-round decision in the fight, and now meets Corrales in a matchup between two men who were bounced from the tournament in the first round. Prediction: Archuleta via UD

Bantamweight — Sergio Pettis -278 vs. Alfred Khashakyan +200: Pettis (18-5) left UFC for Bellator after going 9-5 in the Octagon. While he bounced between flyweight and bantamweight in UFC, he now will compete as a bantamweight in Bellator. Khashakyan (11-4) has big stopping power, having scored a knockout in all 11 of his pro victories. He has only seen the judges’ scorecards twice in his career, both losses and he, too, will be making his Bellator debut. Prediction: Pettis via UD

Welterweight — Raymond Daniels vs. Jason King: Daniels (1-1) is the current Bellator Kickboxing welterweight champion. He is an accomplished fighter in the kickboxing world, but stumbled in his MMA debut, losing to Jeremiah Metcalf. That fight was in 2008, however, and he returned to MMA with a first-round knockout win in May 2019. King (8-5) is a finish-or-be-finished fighter, with each of his wins coming via form of stoppage and suffering four knockout losses in his five career defeats. Prediction: Daniels via KO1

Women’s strawweight — Ava Knight vs. Emilee King: Knight (1-0) is 19-2-5 as a boxer, and has won world championships in the ring. She made her MMA debut in September with a knockout win over Shannon Goughary, and will now look to build on that with a fight against King (3-4), a fighter who lost her first three career fights by submission before dropping another fight via decision. She has since rattled off three straight victories including two by submission. Prediction: Knight via KO2