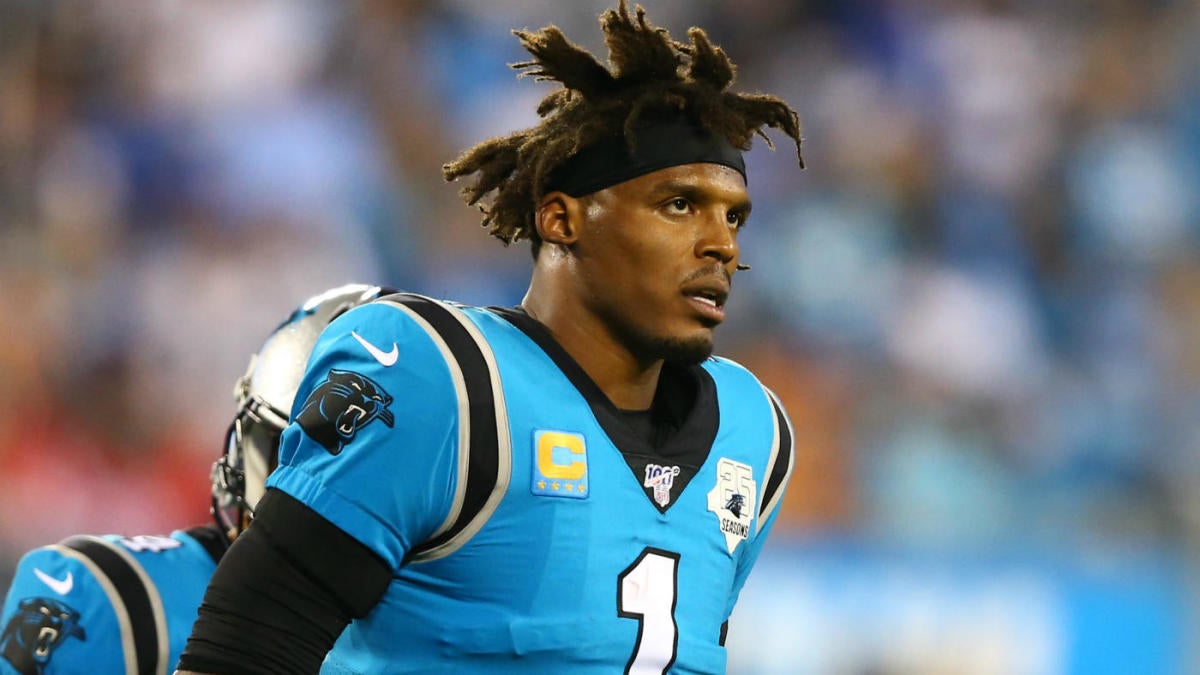 Long-term NFL contracts are largely year-to-year propositions because the deals aren’t fully guaranteed. Players are released (and occasionally traded) because of this every year, primarily when salaries aren’t deemed to match production.

Nonetheless, there is usually a residual salary cap charge when a player is traded or released. This cap charge for a player that is no longer on a team’s roster is commonly referred to as dead money. It exists because the remaining proration of the salary components that are treated like signing bonus immediately accelerate into his team’s current salary cap with a trade or release. Dead money is typically a sunk cost where money isn’t owed to a player. Only if there are salary guarantees when a player is released will there be a payment associated with dead money.

The cost of getting rid of players is higher in 2020 because of NFL Collective Bargaining Agreement (CBA) rules unique to the 10th and final year of the labor agreement. Ordinarily, the bonus proration in future contract years is delayed until the beginning of the next league year in the following March when players are released or traded after June 1. Teams typically can also release two players each league year prior to June 1 (known as a Post-June 1 designation) that will be treated under the cap as if they were released after June 1.

There isn’t any post-June 1 treatment in 2020 since it’s the last year of the CBA. Thus, bonus proration immediately hits the cap regardless of the timing of a release or trade. The only way the acceleration rules from the previous nine years of the CBA will apply in 2020 is if ongoing negotiations between the NFL and NFLPA produce a new labor agreement in a timely fashion.

The inability to take a cap hit over two years during the 2020 league year is going to make it too cost prohibitive for some teams to release players that otherwise would be let go. Eagles wide receiver Alshon Jeffery is a prime example. Jeffery restructured his contract for salary cap purposes in early last September where voiding 2022 and 2023 contract year were added for bonus proration purposes while his $11.5 million base salary was fully guaranteed. Assuming Jeffery is released before the 10th day of the 2020 league year deadline (March 27) to pick up the option on the voiding years, the Eagles would have $26.106 million of dead money.

The $11.5 million guarantee has an offset so there would be cap relief from Jeffery’s next contract but his December surgery for a LisFranc foot injury complicates the situation. If a post-June 1 designation were available, the Eagles would have $16.639 million and $9.467 million cap charges in 2020 and 2021 for releasing Jeffery.

Here’s a look at 15 noteworthy players who could be in different uniforms next season, mostly because of their contracts.

Newton played only two games this season because of a Lisfranc foot injury. The 2015 NFL MVP had surgery on his left foot in the December. With David Tepper, who bought the Panthers in 2018, finally beginning to put his stamp on football operations in firing long time head coach Ron Rivera and perennial All-Pro linebacker Luke Kuechly suddenly retiring, a complete rebuild where Newton is traded may be in order.

There has been plenty of speculation that Carr won’t be making the Raiders‘ move to Las Vegas. Soon-to-be free agent quarterback Tom Brady chatting with Raiders owner Mark Davis at UFC 246 in Las Vegas last Saturday night has only added to this narrative. Carr’s $19.9 million 2020 base salary becomes fully guaranteed on the third day of the 2020 waiver period, which is Feb. 5.

Flacco, who the Broncos acquired from the Ravens last March for a 2019 fourth round pick, wasn’t setting the NFL world on fire before suffering a season ending neck injury against the Colts in a Week 8 contest. The Broncos could have walked away from Flacco without any dead money if his contract hadn’t been restructured for cap purposes at the end of the preseason. $13.6 million of cap room was gained when $17 million of Flacco’s 2019 base salary was converted to signing bonus and voiding 2022 and 2023 contract years were added to his deal.

The Bengals are expected to take quarterback Joe Burrow, the 2019 Heisman Trophy winner, with the first overall pick in the 2020 NFL draft, unless some team gives a trade offer deemed too good to refuse. Dalton, who had been Cincinnati’s starting quarterback since being selected in second round of the 2011 draft, was benched for four games during the middle of the season so the Bengals could determine whether 2019 fourth round pick Ryan Finley was the future at quarterback. Finley isn’t. Because Dalton still thinks he can be a starter, sticking around in Cincinnati for the final year of his contract probably won’t be appealing to him.

Bell claimed multiple teams inquired about him before the late October trading deadline. Jets general manager Joe Douglas indicated he would listen if teams called about Bell right after the regular season ended. About a week later, Douglas backtracked by stating the Jets value Bell. Dealing Bell would likely require the Jets adding to his dead money by converting some portion of his 2020 salary into signing bonus before such a move, like was done with the Leonard Williams trade. Cutting Bell isn’t option. His dead money would be $19 million because his $8.5 million 2020 base salary and $4.5 million fifth day of the 2020 league year roster bonus due on March 22 are already fully guaranteed.

Rhodes’ regression this season was startling considering he earned first team All-Pro honors in 2017. The Vikings are going to have to perform some salary cap gymnastics with trades, releases and contract restructures before the new league year starts on March 18 because they are currently just over $210 million of 2020 cap commitments while slightly less than $400,000 of cap space can be carried over. The 2020 salary cap is expected to be in the $200 million neighborhood.

Graham’s production continued to decline during his second season in Green Bay. The 33 year old’s 38 catches and 447 receiving yards this season were his lowest output since 2010, when he was a rookie with the Saints.

Watkins is making his case to remain in Kansas City for the third and final year of the three-year, $48 million contract he signed in 2018 as a free agent with the playoff performance. He is leading the Chiefs with 190 receiving yards during the postseason. His 114 receiving yards, which included a 60 yard touchdown, against the Titans in the AFC Championship Game marked the first time he had reached 100 yards or scored a touchdown since the regular season opener against the Jaguars. During Watkins’ two years in Kansas City, he has caught 92 passes for 1,192 with six touchdowns in 24 regular season games. Watkins, who has the NFL’s biggest 2020 wide receiver cap number, may be more of a luxury than necessity in Kansas City because the Chiefs are projected to have approximately $20 million of cap space in the offseason and he is a third option at best in the passing game.

The Redskins tried to find a taker for the league’s second-highest-paid cornerback before the trading deadline. Norman was benched during the latter of the part of the season. There’s an outside chance of the reprieve because Norman played his best football for new Redskins head coach Ron Rivera in 2015 when he was a first team All-Pro with the Panthers.

Taylor Rapp has emerged after strong safety John Johnson landed on injured reserve in November with a shoulder injury. The 2019 second round pick’s development could make Weddle expendable since the five-time All-Pro doesn’t have an interest in being a backup. Retirement is also a possibility for the 35 year old. The Rams would also get $500,000 of cap relief from the 2019 option bonus proration relating to the $1,000,001 payment required to pick up Weddle’s 2020 contract year.

Dareus took a $2.5 million pay cut last offseason in order to avoid being a cap casualty. He had a chance to make back the $2.5 million with at least 55 percent defensive playtime for the season. Any chance of earning the incentive went out the window when a core muscle injury requiring surgery ended Dareus’ season after Jacksonville’s seventh game. Dareus’ 2021 contract year was eliminated in the renegotiation while his 2020 contract year became an option year that the Jaguars must exercise by the 22nd day before the start of the 2020 league, which is Feb. 25. If exercised, Dareus’ $9.5 million 2020 base salary becomes fully guaranteed and a $10 million fifth day of the 2020 league year roster bonus due on March 22 will be guaranteed for skill and injury.

Jones was reportedly offered to the Steelers before the Dolphins traded 2018 first round pick Minkah Fitzpatrick instead. The two-time Pro Bowl participant was limited to four games in an injured plagued 2019 season.

Johnson was a disappointment during his first season with the Jets in 2018 under head coach Todd Bowles. Things didn’t change this season with Gregg Williams running new head coach Adam Gase’s defense before Johnson was placed on injured reserve in November because of ankle problems.

Lee has been plagued by various injuries during his six years in Jacksonville. He missed the entire 2018 season because of a severe left knee injury where he tore his ACL, MCL and PCL. Lee played only six games this season, in which caught three passes for 18 yards before a going on injured reverse with shoulder injury at the end of October.

The 49ers have a potent rushing attack despite McKinnon not a playing a down since signing a four-year, $30 million deal to come to the Bay Area in 2018 as a free agent. McKinnon tore his right ACL in 2018 during a preseason practice. He has spent this season on injured reserve after undergoing another surgical procedure on the knee. $2.6 million of McKinnon’s $6.5 million 2020 base salary is guaranteed for injury. Presumably, the injury guarantee won’t come into play if released before the $2.6 million is fully guaranteed on April 1.