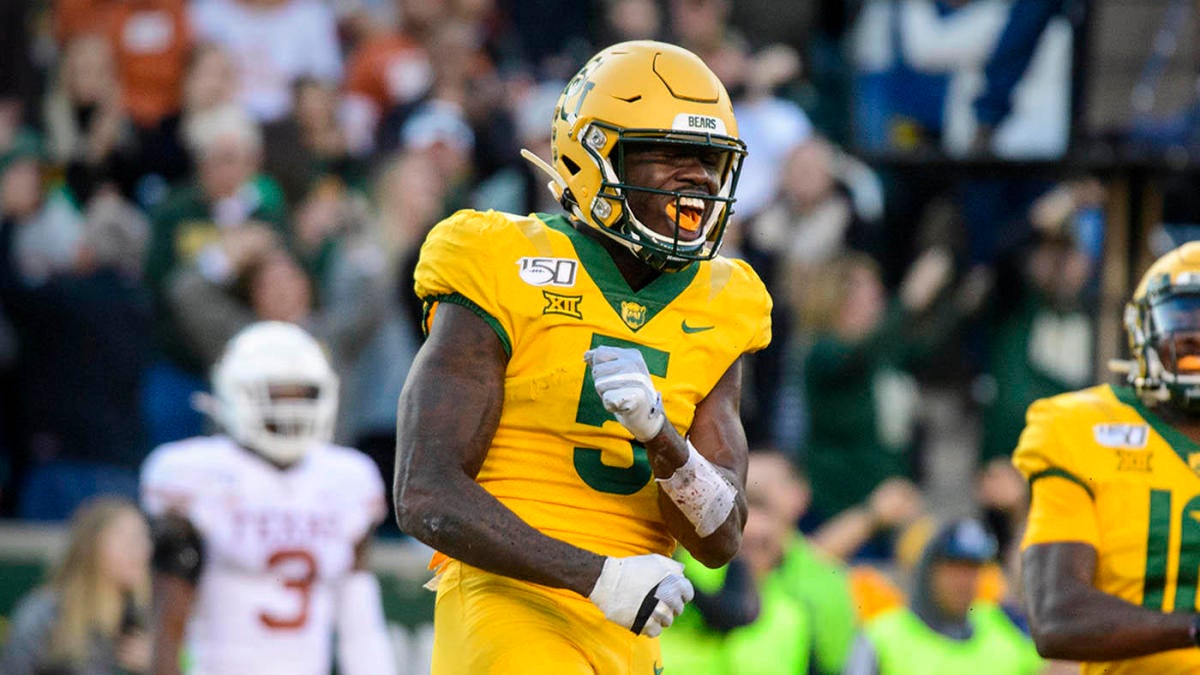 MOBILE, Ala. — A year ago, Montez Sweat and Deebo Samuel arrived at the Senior Bowl as prospects with something to prove to the 32 NFL teams that still weren’t sold on how the skills that made them so successful in college would translate to the next level.

Both players were dominant all week, and both players parlayed that into higher-than-expected draft picks; Sweat went 26th overall to the Redskins and 10 selections later, the 49ers took Samuel, who ended his rookie regular season No. 2 on the team in receptions (57) and receiving yards (802) behind only George Kittle.

All told, the 2019 Senior Bowl roster had 10 players go in the first round and 40 in the first three rounds. Those are mind-boggling numbers, but it felt like the 2020 group collectively had a better week than their predecessors from a year ago. At this point, just a day removed from the final practice, and still with Saturday’s Senior Bowl game to be played, that’s more anecdotal observation than empirical analysis but the takeaway remains the same: Expect many of the players on the field this week in Mobile to be playing on Sundays in the NFL next season.

With that in mind, here are 10 winners from practice week.

It’s Senior Bowl Week, so which players have looked the best (and worst)? Ryan Wilson joins Will Brinson on the Pick Six Podcast to break down Justin Herbert, Jordan Love and evaluate draft stock for all the biggest names. Listen below and be sure to subscribe for daily NFL goodness.

We’ve written about Herbert all week and through three practices he has exceeded expectations in every way. He’s shown off one of the best arms in this draft class, he has thrown accurately and on time during 1-on-1, 7-on-7 and 11-on-11, and he’ll have a chance on Saturday to show what NFL teams they really want to see from him: His ability to command the huddle and be a leader.

Herbert is unquestionably a first-round talent, but he didn’t play close to that level during his junior season in 2018. He returned in 2019 and was much more consistent, but questions will follow him throughout the draft process. Going strictly by the tape, Herbert played more like a second-round pick last season but his physical attributes, along with his good showing this week — and the insatiable need for franchise quarterbacks — will almost certainly see him be among the first 32 picks, and in all likelihood, he’ll work his way into the top 15.

Like Herbert, Love arrived in Mobile with a lot to prove. His 2019 tape was hard to watch at times, especially after his breakout 2018 campaign. There are many reasons for his struggles last season — new coaching staff, new offensive line, many new skill-position players — but Love admitted that part of the reason he regressed was that he was trying to do too much to help the team. In some ways, he was under less pressure in Mobile, where he’s had a lot of experience working with new faces.

Love was sharp in all three practices. And while the ball explodes out of Herbert’s hand, Love’s delivery was effortless — and yet with similar arm strength. Love also showed much better touch on deep balls, something that we saw throughout his college career too.

But is he a first-round talent? Without a doubt. NFL teams will have to convince themselves they can limit the mistakes that plagued him in 2019 when he had 20 touchdowns and 17 interceptions, but much like Daniel Jones a year ago, Love will benefit from having much better players around him at the next level. In terms of his physical abilities, he’s drawn comparisons to Patrick Mahomes, and like Mahomes, he’ll need to spend a year on the bench before easing into a starting role.

We’ve been saying for months that the 2020 wide receivers class is deep. That was confirmed in Mobile and Mims had a breakout week. The Baylor wideout is 6-foot-3, 215 pounds, and caught everything thrown in his direction. He high-pointed the ball well, showed off a huge catch radius, got in and out of his breaks like someone 3-4 inches shorter, and routinely beat 1-on-1 coverage, often early in the route. This was from Thursday’s practice but just as easily could’ve been from the two previous sessions:

Jefferson is the son of former player and current Jets wide receivers coach Shawn Jefferson — and he plays like it. Maybe the best route runner at the Senior Bowl, Jefferson regularly won against some of the best defensive backs in the country, and by the way, he was one of the fastest players in Mobile, too.

Coming into the week there were questions about why Jefferson didn’t put up better numbers at Florida last season but if you want a crash course on what type a player he is, just watch the LSU game; he had eight catches for 72 yards and two touchdowns, often while lining up across from Derek Stingley Jr., arguably the best cornerback in college football.

Trautman has NFL size — he’s 6-foot-5, 251 pounds — and he was at no point overwhelmed by better competition in Mobile. Trautman played at Datyon, an FCS program, but he was dominant throughout the week, both as a receiver and a blocker.

Dayton last had a player drafted in 1977, but that will change this year when Trautman will almost certainly be a Day 2 pick.

A year ago, Jones considered leaving school early to enter the NFL Draft and he would’ve likely been a Day 3 pick. Returning to Houston proved to be the right decision for the athletic left tackle because he had a strong 2019 season and continued to impress NFL teams here at the Senior Bowl. He’s one of the most athletic offensive linemen in this draft class and that was obvious to even though half-paying attention in Mobile.

We’ve had Jones going in the first round in many of our weekly mock drafts prior to Senior Bowl week and that won’t change based on what we saw this week.

The biggest question facing Lewis coming into the 2019 campaign was if he could stay healthy. He missed 2018 with an ACL injury and most of 2017 with an elbow injury. But in 10 games last season he had 11.5 tackles for loss and six sacks, and he showed up in Mobile looking every bit the part of NFL Pass Rusher. He’s 6-foot-5, 258 pounds and some NFL evaluators think he can add even more weight because at this stage of his development he’s a much at getting into the backfield than dropping into coverage.

This rep against St. John’s Ben Bartch is noteworthy not because Bartch is from a Division III school in Minnesota and would clearly have no chance against one of Alabama’s best defensive players, but because Bartch balled out all week, at no point looked out of his element, and this is one of the few examples where he was easily beaten.

Lewis has a chance to be a Day 1 pick and that was only aided by his performance this week.

Pride had a solid but not spectacular 2019 season and we expected to pretty much see that play out in Mobile. But the Notre Dame cornerback. He’s slightly undersized by NFL cornerback standards (5-foot-11, 193 pounds) but was one of the toughest competitors on the field this week. Here he’s running Quartney Davis’ route for him during 1-on-1s:

Few defensive players did more to help themselves this week than Pride.

The only thing that could stop Javon Kinlaw was … Javon Kinlaw. He suffered an injury Wednesday, didn’t practice Thursday and he won’t take part in Saturday’s game. And that’s fine; he was dominant early in the week and only reconfirmed that he’s one of the best pass-rushing interior defensive linemen in this class, as evidenced by this rep:

Kinlaw, who could find his way into Round 1, also has an amazing story, which makes you pull for him even more.

Dugger weighed in at nearly 6-foot-1, 217 pounds. That’s big, even for Power 5 safeties, so imagine Dugger lining up against Division II opponents during his Lenior-Rhyne career. In the past, we’ve seen small-school players come to Mobile and need time to acclimatize to the bigger, stronger, faster competition. Dugger suffered none of that, and instead, we saw glimpses of his playmaking abilities that were on display weekly during the college season.

He could play a LB/S hybrid role at the next level, much in the same way Clemson’s Isaiah Simmons will be expected to do, and Dugger has the added benefit of being able to return kicks.