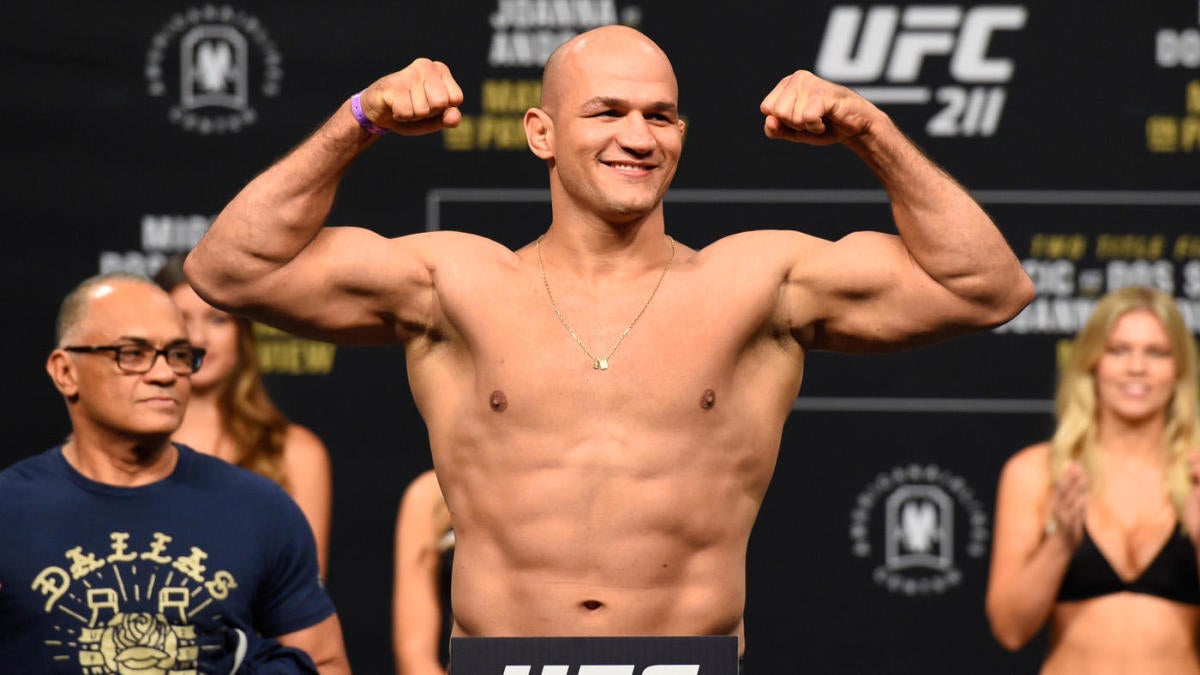 Top-five heavyweights meet in the main event of UFC Fight Night 166 on Saturday as third-ranked Curtis “Razor” Blaydes faces fourth-ranked Junior Dos Santos. The 12-fight event takes place at PNC Arena in Raleigh, N.C., with the main UFC Fight Night 166 card scheduled for 8 p.m. ET. Blaydes (12-2) is considered a rising contender who could be well-positioned for a potential title bout should he defeat the rugged former champion.

However, Dos Santos (21-6) has designs on another title shot of his own and hopes to get back on track after a loss in his previous bout ended a three-fight winning streak. Blaydes is a -240 favorite (risk $240 to win $100), while Dos Santos is +200 in the latest Blaydes vs. Dos Santos odds. In the co-main event, Rafael Dos Anjos (-275) takes on Michael Chiesa (+235) in a welterweight battle. Before making any UFC Fight Night 166 picks of your own, check out what SportsLine MMA analyst Kyle Marley has to say.

Last week at UFC 246, Marley told SportsLine members that Conor McGregor (-320) would make fast work of his return to the Octagon following a 15-month layoff against Donald “Cowboy” Cerrone. He reasoned that the Irishman’s superior boxing skills, speed and power would overwhelm the fading 36-year-old Cerrone. Marley was proven correct when McGregor finished the fight with a technical knockout 40 seconds into the first round. The MMA expert also accurately predicted a unanimous-decision victory for Holly Holm (-135) against Raquel Pennington (+115) in the co-main event. Anyone who has followed him is way up.

Now, with UFC Fight Night 166 fast approaching, Marley has carefully studied every matchup on the card, identified the best value in the UFC odds and released his MMA picks for every single fight. He’s sharing those selections only over at SportsLine.

Marley knows this bout will play a key role in shaping the picture of a top-heavy division. Blaydes, 28, is considered one of the division’s strongest fighters and perhaps its best wrestler. He won both of his bouts last year, including a second-round technical knockout of Shamil Abdurakhimov in September. “Blades is the best wrestler in the division and lands more than seven takedowns per 15 minutes,” Marley told SportsLine.

The 35-year-old Dos Santos is widely regarded as one of the top athletes in the history of the UFC heavyweight division and perhaps its best boxer. But the former champion’s three-fight winning streak was halted in an embarrassing first-round knockout loss to Francis Ngannou in June. “Dos Santos is the better all-around striker,” Marley said. You can get all of Marley’s UFC Fight Night 166 predictions here.

At UFC Raleigh, Marley is backing Angela Hill (-160) to defeat Hannah Cifers (+140) in a women’s strawweight bout on the main card. Hill (10-7) is only 2-3 in her last five UFC bouts, but is coming off a strong performance with a technical knockout of Ariane Carnelossi in September. The 33-year-old is one of the promotion’s most active fighters, with four bouts logged in 2019.

Cifers (10-3), 27, is 2-1 in her first three UFC bouts, but stands to see an upgrade in competition Saturday. She is hoping to build off a decision victory against Jodie Esquibel in August.

“This should be a 15-minute striking battle, and I see Hill being the fighter who lands more throughout,” Marley told SportsLine. “Cifers will probably be the one moving forward and could land the bigger shots, but I think Hill wins this fight on volume.”

How to make UFC picks for Fight Night 166

Marley also has strong picks for Dos Santos vs. Blaydes, Chiesa vs. Dos Anjos and every other bout on the UFC Fight Night 166 card. He’s backing one fighter in a bout that’s “much closer than the line indicates.” Get every pick for every fight at SportsLine.

Who wins Dos Santos vs. Blaydes? And how exactly does each fight end? Visit SportsLine now to get detailed picks on every fight at UFC Fight Night 166, all from the expert who’s up more than $19,000 on MMA in the past year, and find out.