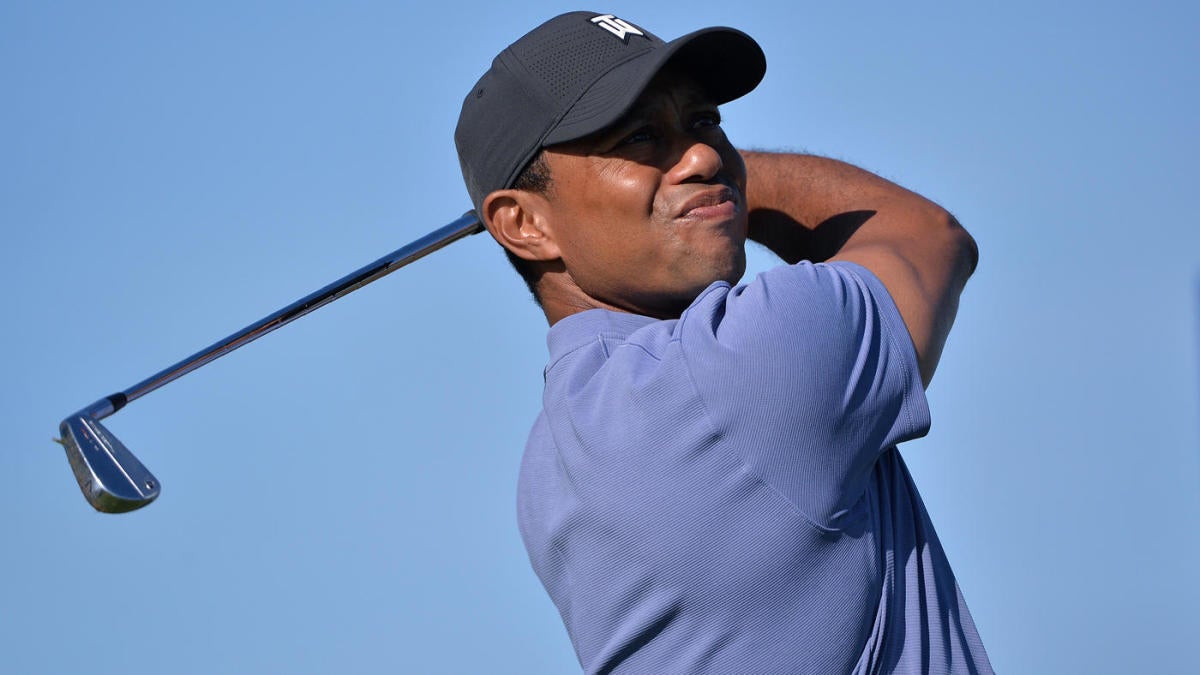 Tiger Woods may not be on the first page of the leaderboard, but he’s looking like a contender to win the 2020 Farmer’s Insurance Open at Torrey Pines after shooting a 3-under 69 in the first round.

Woods played the North Course on Thursday, along with Jon Rahm and Collin Morikawa, putting four birdies and two bogeys on the scorecard to finish one stroke behind Rahm, the group leader after 18 holes. There were a few misses along the way, but Woods’ game as a whole appeared to be in championship form in this, his first PGA Tour event of the 2020 calendar year. He was driving the ball well, his swing had good rhythm and his short game was solid throughout the afternoon.

“Overall I’m pleased to shoot something in the 60s today,” Woods told the Golf Channel after the round. “I feel like I drove it a little bit better today, I can’t keep up with Rahm though. I just don’t have that gear anymore, but I feel like my start lines were a little bit tighter today, and that was nice. Pleased to shoot something in red numbers, get to the South Course tomorrow.”

Now while the finish was encouraging, things didn’t get off to the best start for Woods. There was a disappointing par at the par-5 10th and then a bogey at No. 11. Woods had a good run at the cup on the massive green complex at No. 12 and then finally logged his first birdie of the day (and first birdie of the 2020 on the PGA Tour) thanks to a terrific shot into the green on No. 13.

Woods was on schedule for pars at No. 14 and No. 15 before one of his first bad misses of the day off the tee on No. 16. Woods was able to salvage a par there and then get the people going with a birdie on the par-5 17th.

Unfortunately, Woods gave a stroke right back thanks to a bad chip shot at the 18th to finish his first nine with an even par score of 36.

Woods’ second nine (the front nine on the North Course) featured a methodical approach that gave him several safe birdie looks with only a few holes where he had to scramble to save par. The frustrations of the bogey on No. 18 were quickly channeled into better play that set the tone for the side with a birdie on No. 1.

Tiger went on to card a birdie at the par-5 fifth and then throw together a string of solid pars before a birdie on No. 9 (also a par-5) that capped a bogey-free final nine holes of the round.

The measuring stick for Tiger is that anytime he goes out, we should expect him to finish in or near the top 10 on the leaderboard. But how he gets to those finishes is going to be different every time. In fact, most of his best finishes in this recent run of success have come after opening rounds that include some of the same one-off bogeys we saw on Thursday.

One of the reasons he’s at this point in his career with a shot at winning his 83rd PGA Tour event is a credit to Woods’ deep understanding of the rhythms in a golf tournament. There was a temptation to dwell on a few of the mistakes and missed opportunities from the outside since Woods was playing on the North Course — where, one might figure, it’s important to go as low as possible — but it’s possible the mad scientist expert was in the lab all morning fine tuning his game for three straight days on the South Course. Tiger’s a few shots off the lead, for sure, but his game looks ready for contention on the weekend.