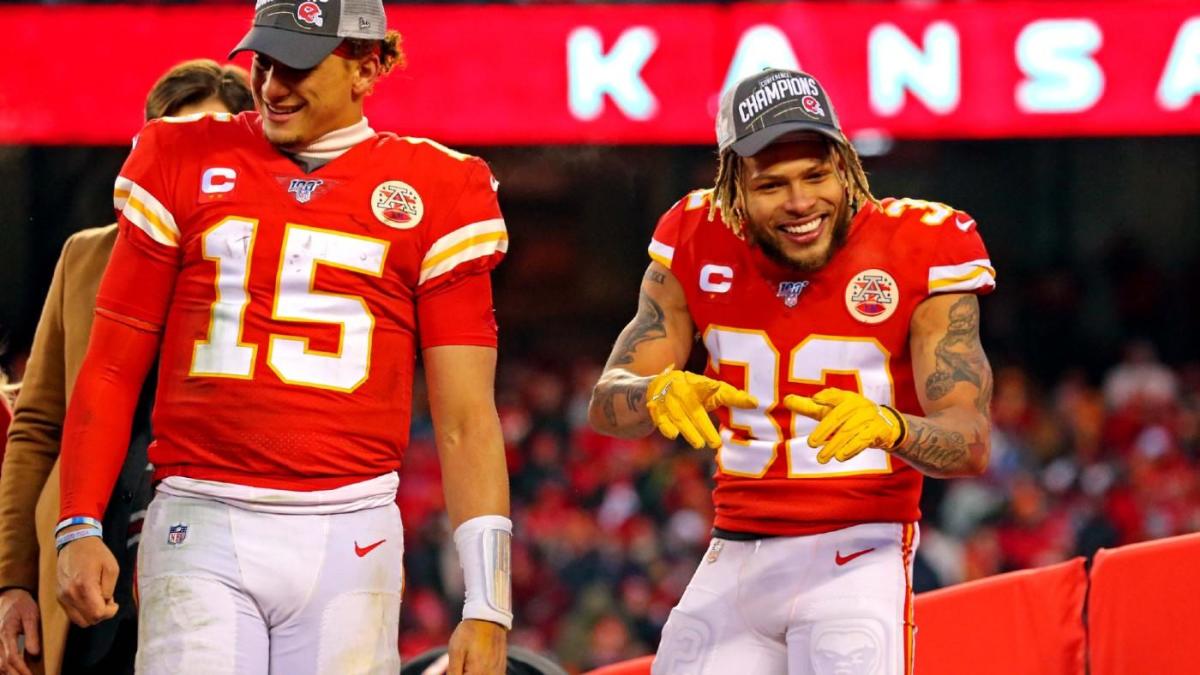 KANSAS CITY, Mo. – It was one of the toughest things Les Miles ever had to do.

Miles and LSU had done everything possible to keep star defensive back Tyrann Mathieu on the team in 2012. There was counseling. There were second chances, maybe third chances.

Finally, one of the most talented and charismatic players in LSU history was cut loose for what was reported to be multiple violations of the school’s substance abuse policy.

The substance was believed to be marijuana.

“He’s a special player, but he was always  — and I mean always — this is what made it so hard to release him,” said Miles, LSU’s former coach, this week. “He was always a team player.

“He was the best. He played to win. He challenged other players on our team. That locker room got a lot better and a lot more true blue when he was in it.”

That statement reflects both what the Kansas City Chiefs‘ cornerback was 7 1/2 years ago and what he is today heading to his first Super Bowl.

The loyalty, the leadership, the lifeblood of LSU football was evident early coming out of New Orleans.

The previous season in 2011 Mathieu was a Heisman finalist. A player who sometimes positioned himself the furthest away from the ball, was deemed the nation’s best defensive player (Bednarik Award). All of it despite being suspended for a 2011 game for a violation of LSU’s substance abuse policy.

“I think faith is one of the most important things that anybody can believe in,” Mathieu said Sunday, standing by his locker after winning the AFC Championship.

Faith has a lot of angles for the reborn Honey Badger. In his seventh season as a pro, the Chiefs’ defensive back is a pillar of both the secondary and the community.

Faith has to be a big reason he’s here in the first place leading a reconstituted defense to the franchise’s first Super Bowl in 50 years.

“It means everything,” Mathieu said. “This is what we’ve worked for. I can remember so many times especially growing up in New Orleans. I remember the Saints winning the Super Bowl [in 2010] vividly. I remember most importantly how close they were as a team, how they fought for the community and how they played for the community.

“I think this team embodies a lot of that.”

“I want you to know something,” Miles said. “When you walk the yard at St Augustine you grow up a lot. There’s a maturity that takes place right then. I have watched it. I have watched guys reach out and slap another guy and tell him to stay in line.”

For a time, St. Aug’s practice field was a city park with no goalposts. Local junkies watching practice would warn players to duck when they heard gunshots.

“We’ve been through a lot this season,” Mathieu said. “A lot of people may look at us as high flyers, can’t get dirty, can’t play in close ballgames. I feel like we’ve done enough this season to know who we are in critical situations.”

Hey, we all do stupid stuff when we’re young. After a distinguished NFL career it’s easy to forget Mathieu’s missteps.

He actually enrolled for the 2012 fall semester after being kicked off LSU’s team. Then was arrested later that fall, along with two former teammates, for marijuana possession.

The off-field conduct didn’t stunt his football growth. Mathieu played only two years of college football, sat out 2012, then became a third-round pick of the Arizona Cardinals.

The Chiefs brought him in this season for a three-year, $42 million deal to rebuild a defense that – despite finishing 31st against the pass last season – came within a game of the Super Bowl.

“What he was as a football player was already known,” said teammate Kendall Fuller. “It was just how he brings other guys along with him.”

That was another way to define Mathieu’s leadership.

“He changed the building the minute he walked through the door,” defensive coordinator Steve Spagnuolo said.

In Spagnuolo’s scheme, the defensive backs are expected to play all over the field, not just assigned positions.

Mathieu was one of the key ingredients to a group that made a vast improvement over the last half of the season. It put a cherry on that AFC Championship by holding Tennessee’s Derrick Henry to 69 yards.

“One thing that always separated me from a lot of guys, really seeing a lot of guys on our team do the same thing,” Fuller said. “Seeing [safety] Dan [Sorenson] move around, seeing Tyrann move around. When you have a culture like that and guys that are like that, that’s something you want to be a part of.”

With his career in order, there was a bit of a reckoning for Mathieu. He is also gentleman and community leader. Mathieu made a video for PETA simulating how dogs suffer when exposed to the cold. Mathieu taped a segment where he spent 20 minutes in a freezer himself before having to leave.

“I never let him go by ‘Honey Badger,’ Miles said. “I always said, ‘Tyrann Mathieu.’ I don’t know whether he liked that or he didn’t. I always enjoyed the fact that it was never a point he needed to be the Honey Badger for me.”

Miles, now at Kansas, was asked if he ever thought Mathieu would be this good.

Miles thought of a couple of examples. When West Virginia came out in a 3 x 1 receiver set in a 2011 game.

By Mathieu positioning himself, “basically he talked the quarterback into throwing the ball where he wanted it thrown. He tipped it up in the air, he caught it … I said, listen, ‘That’s not normal.’ “

Another time against Florida, Mathieu ran down a running back, “takes a tomahawk shot at ripping the ball out. The ball comes out. Before Tyrann hits the ground he knows the ball is out before the ballcarrier. He lands in a position so he can get to the ball first.

“He probably makes about five plays there. Every one of them designed to get the ball out.”

Once again, that’s a glimpse of what the Honey Badger was and what he is. The pride of the Seventh Ward still hits with ferocity. All of it has gotten him within a game of a championship.

“I still feel like there are more plays to be made,” Mathieu said. “If we don’t win the next game, none of this really matters.”