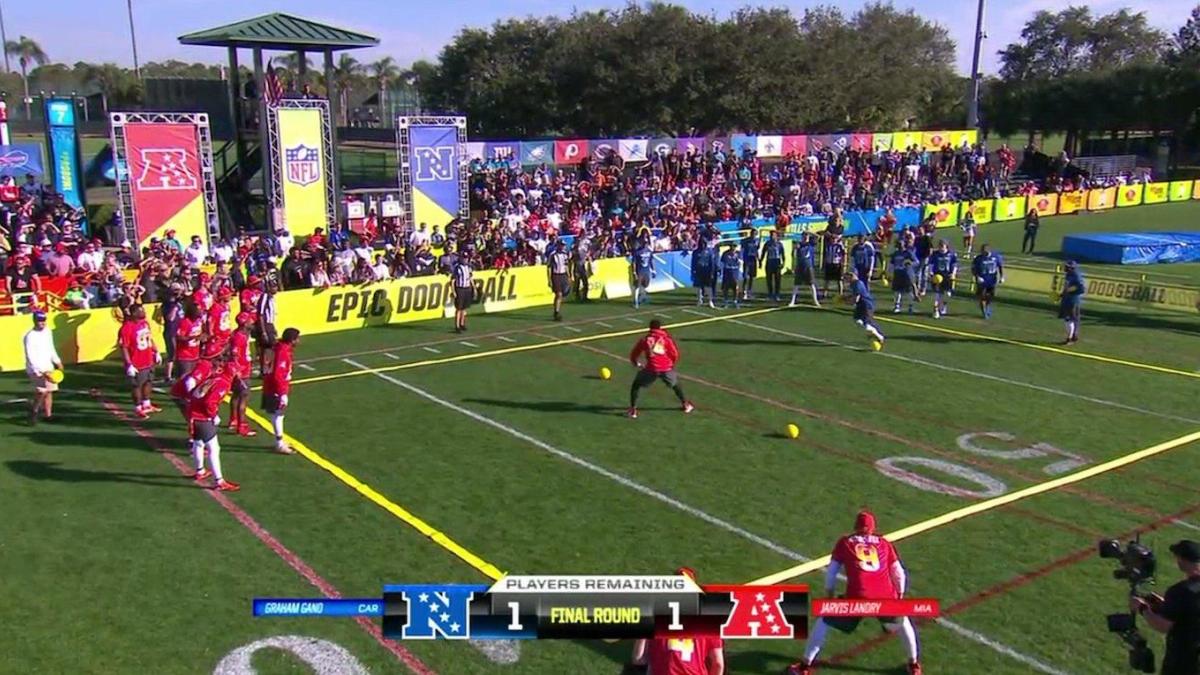 The Pro Bowl Skills Competition is back for the fourth consecutive year as the NFL continues to experiment with fun challenges for their all-star game. While the skills competition is still a work in progress, the event, in Orlando this year, has produced fan-favorite games like dodgeball and the return of precision passing — a staple of the quarterback challenge contest played from 1990 to 2007.

Here’s how you can watch the skills competition.

Here are the events for Thursday’s Pro Bowl Skills Competition, as provided by NFL.com:

Thread the Needle: A new challenge that puts defensive backs to the test in a head-to-head competition. Defensive backs will try to stop the opposing team’s quarterback from completing passes through the targets.

Gridiron Gauntlet: Five players from each team will participate in a head-to-head relay race designed to showcase strength, speed, and agility. Competitions include a fumble scramble through an inflatable path, among others.

Best Hands: Two WR-QB duos from each conference will compete in a timed relay race to catch a series of passes at a sequence of downfield targets as quickly as possible. Designated targets require a specific style of catch — diving, one-handed, over the shoulder, etc. — which must be executed before the receiver can move on to the next target.

Precision Passing: Each conference’s two quarterbacks and one captain-appointed non-quarterback will battle it out in a one-minute accuracy competition, as they attempt to hit as many targets as possible.

Epic Pro Bowl Dodgeball: The final event of the evening, Pro Bowlers will compete in dodgeball, with every member of each team participating. Best of three series, the team with the last person on the field wins.

And finally, the rosters for the AFC and NFC for the skills showdown: