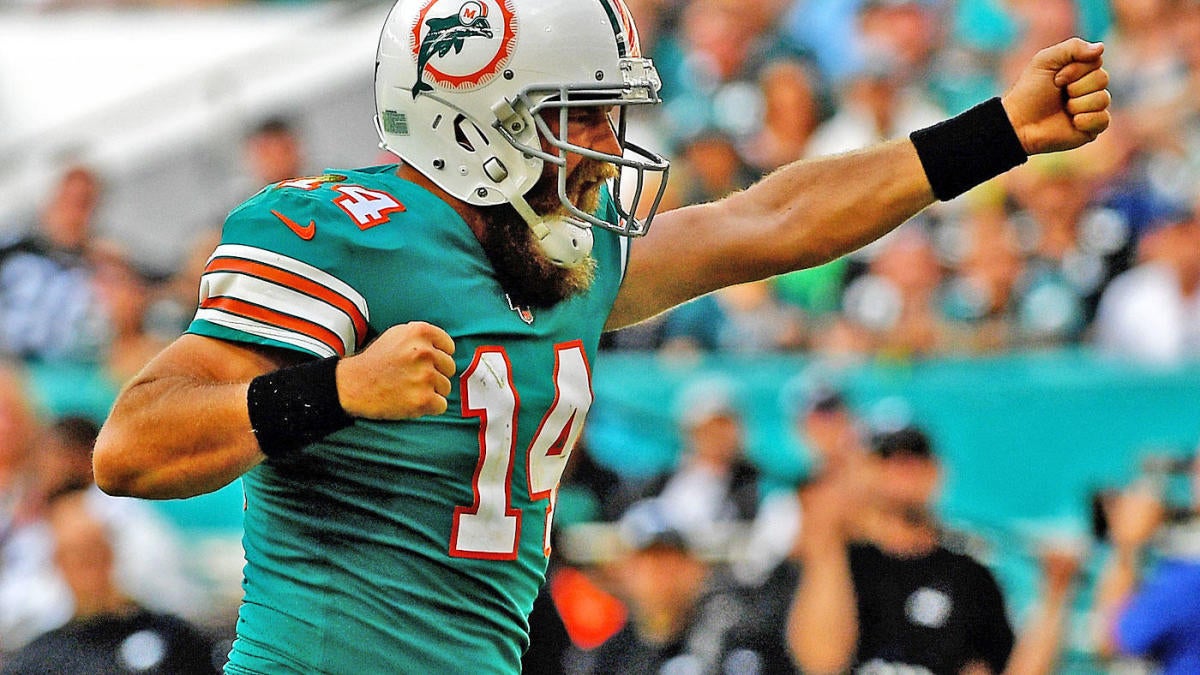 Ryan Fitzpatrick has one year remaining on his contract with the Miami Dolphins, but the team expects him to return for his 16th season in the NFL. Dolphins general manager Chris Grier addressed the future of his 2019 starting quarterback even though speculation is building that the Dolphins could draft their future signal-caller with one of their three first-round picks this in the 2020 NFL Draft.

“We fully expect Ryan to be back and playing,” Grier said, via Omar Kelly of the South Florida Sun Sentinel. “He did a great job [with] the things he did with the young players in the locker room, his leadership, just his enthusiasm. You guys saw how he is and carried himself.”

Fitzpatrick overachieved with the Dolphins this season finishing with 3,529 yards with 20 touchdowns and 13 interceptions, going 5-8 in his 13 starts as the Dolphins had one of the worst rosters in the NFL. The Dolphins finished with a 5-11 record on the year, going 5-4 in their last nine games (all of which Fitzpatrick started).

With the Dolphins willing to bring Fitzpatrick back for 2020, what does the future hold for Josh Rosen? In six games for the Dolphins, Rosen finished with 567 yards, one touchdown and five interceptions for a 52.0 rating. Rosen was benched after Week 6 for Fitzpatrick and didn’t throw another pass the rest of the year.

The Dolphins aren’t willing to give up on Rosen, even though he’ll have to beat out Fitzpatrick for the job.

“[Rosen is] a young player that has some talent,” Grier said. “For us going forward knowing that we were going to have a lot of picks, and money available in the future, it made sense for us to make that trade. We’re happy we made it. Josh has made huge strides like [coach] Brian [Flores] has talked about. It’s been fun watching him grow. Nobody got to see it, but he did a tremendous job growing.”