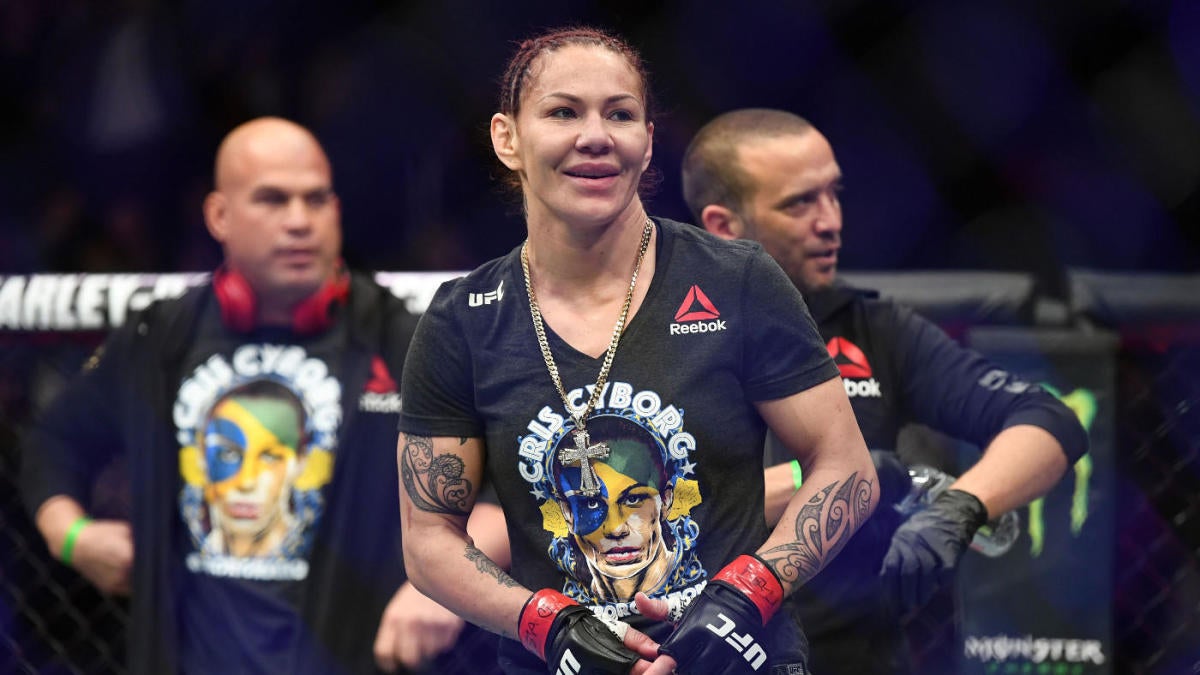 Cris Cyborg will make her Bellator MMA debut on Saturday, Jan. 25, with the chance to capture the promotion’s women’s featherweight championship from current titleholder Julia Budd immediately upon arrival. It’s the right move for one of the top talents in the history of women’s MMA, and for a promotion that can always use more recognizable names on fight posters. For Cyborg, it’s also an opportunity to begin writing the next chapter of a very complicated story.

Cyborg’s name was tied to the career of Ronda Rousey for years. As Rousey blazed her way to global superstardom, first at Strikeforce and then UFC women’s bantamweight champion, Cyborg was smashing through the competition as inarguably the best women’s featherweight competitor on the planet. She had also won a Strikeforce belt, defeating Gina Carano in what was a historic fight for women’s MMA at the time. While Rousey was picking up accolades as the “world’s most-dominant athlete” for her brutal dispatching of opponents, Cyborg was piling up her own run of brutal stoppage victories. This, of course, led to calls for the two women to meet in what would have been the biggest fight in the history of women’s MMA. Rousey insisted that the fight take place at 135 pounds, however, while Cyborg conceded that she would be unable to pull off a weight cut of that magnitude.

All the while, Rousey and UFC president Dana White also took every chance afforded to them to mock Cyborg. White stated Cyborg looked like “Wanderlei Silva in a dress,” while insisting she’d never fight in the UFC. Rousey was equally brutal, with comments about not caring if Cyborg was “injecting horse semen into her eyeballs.” These inexcusable remarks towards the heavily-muscled Cyborg were fueled by a 2011 failed drug test that lent weight to years of speculation over the use of performance-enhancing drugs.

After Cyborg had run her winning streak to 15 fights, she made her UFC debut in May 2016 fighting in 140-pound catchweight bouts, proving White’s earlier refusal to sign her only temporary. Timing meaning everything in the fight game, Rousey had unfortunately suffered a head-kick knockout to Holly Holm six months prior to Cyborg’s Octagon debut, a result which had removed a lot of steam out of the potential bout.

PED talk continued to dog Cyborg during her UFC run, but she still managed to knock out Tonya Evinger to win the promotion’s inaugural featherweight title before successfully defending against Holm. The win against Holm gave Cyborg a sort of moral victory over Rousey, who had stepped away from the sport after a 48-second knockout loss to Amanda Nunes.

Cyborg declared the chapter of her career that was defined by a fight that would never happen as over. But almost before the next chapter could begin, Cyborg suffered a shocking defeat of her own. Nunes, three fights after winning the bantamweight title from Rousey, jumped up in weight and knocked Cyborg out in just 51 seconds to take a title in a second weight class and snapping Cyborg’s 20-fight win streak.

One fight later, Cyborg closed out her UFC contract with a July 2019 decision win over Felicia Spencer, and everything blew up again. White almost immediately said the promotion was “getting out of the Cyborg business,” and would waive the promotion’s rights to match contractual offers from other promotions. Cyborg’s camp released a video of the two speaking backstage, with subtitles attributing a quote to White that was incorrect, leading to the former champ having to issue a public apology for what the UFC president called “one of the dirtiest things you can do to somebody.”

It didn’t take long for Cyborg to find a clean slate by signing with Bellator. There, she’ll be working with promotion president Scott Coker, for whom she had fought as a Strikeforce fighter. Coker recently stated of Cyborg’s contract, “this could be the single biggest contract in the history of MMA if she continues to win and takes opponents out.”

Whether that’s promotional fluff or reality, it appears Cyborg has one focus now. She doesn’t have to focus on the fights that won’t happen. She doesn’t have to be at war with her boss. She just has to win fights, make money and continue building the legacy she has always claimed is the most important thing to her. That starts Saturday against Budd at The Forum in Inglewood, California, when Cyborg has the chance put pen to paper and take control of her story.