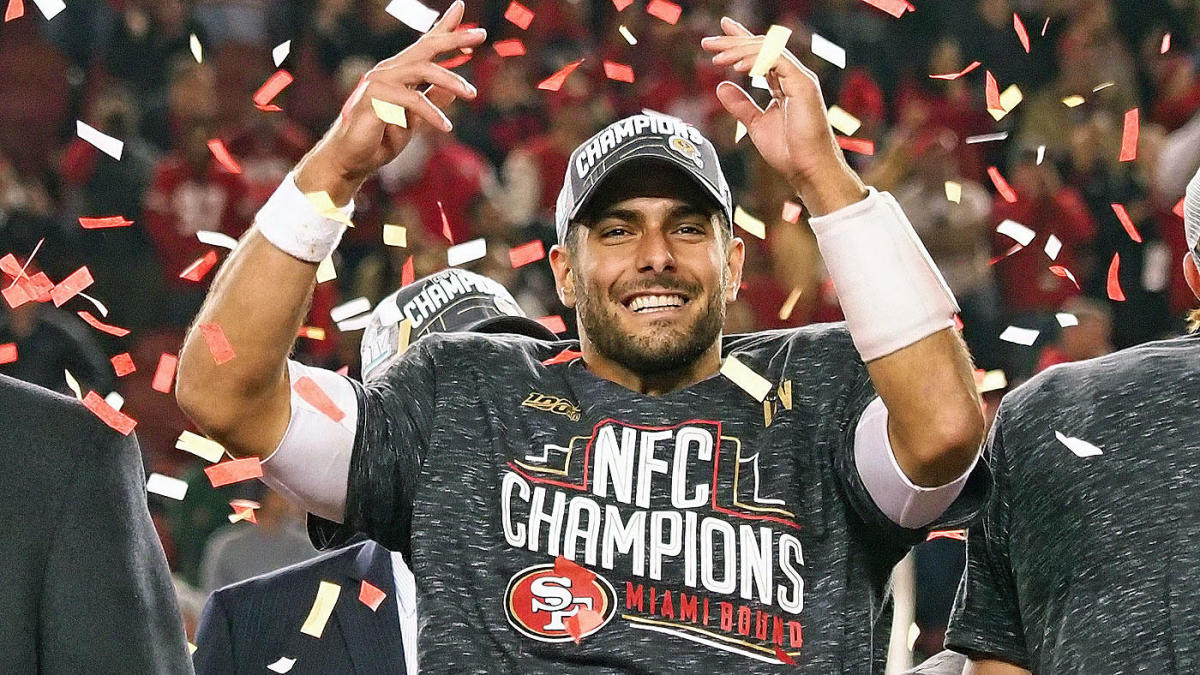 Just one game remains this NFL season and it’ll be the San Francisco 49ers taking on the Kansas City Chiefs down in Miami for Super Bowl LIV.

Kansas City is on the brink of its first Lombardi Trophy in 50 years after rallying from a double-digit deficit for a second-straight week, this time against the Tennessee Titans in the AFC Championship. This is where I fell short in my picks piece from a week ago as I was rolling the dice with Tennessee and hoping that their Cinderella run would continue on the back of Derrick Henry. It didn’t. The running back was held to under 10 yards rushing in the second half as the Chiefs ran away with it rather easily towards the end. Our view of the NFC Championship, however, was right on point as a Niners cover was rather easy to spot.

Now, it’s time to pick a winner against the spread in Super Bowl LIV, with the winner hoisting the Lombardi Trophy when the game is said and done.

i’ve wrestled with this pick since Championship Sunday came to a close. After watching what Patrick Mahomes has been able to do over these past few weeks, making arguably the hardest position in the sport look effortless, my head keeps telling me to ride that Kansas City wave. My gut, however, has me rolling with the 49ers to tie the New England Patriots and Pittsburgh Steelers for the most Super Bowl titles (6) won by a single franchise.

Despite Mahomes’ undisputed brilliance during this run, the Chiefs have hardly done him any favors and have started both of their previous two playoff contests rather sluggish. Kansas City has allowed both the Titans and Texans drop a combined 34 points to start these playoff contests before they’ve even been able to net a field goal. Because of the inferiority of those clubs and the superiority of Mahomes, the Chiefs have been able to mount tremendous comebacks and win both contests by double figures.

Who should you back against the spread and on the money line in the Super Bowl? And what’s the exact final score? Visit SportsLine now to see their Super Bowl cheat sheet, all from the model that is up over $7,000 on its top-rated picks.

When it comes to the 49ers, however, I’m just not sure the Mahomes wave will be able to mount a comeback once again against this defensive unit. San Francisco is undoubtably the most complete team the Chiefs will have seen this playoffs and I get the sense that when the players around Mahomes need a drive or two to get their feet wet in Super Bowl LIV, the Niners will be able to put up a solid lead that will actually hold. Unlike their previous opponents, the 49ers not only have a defense that can go toe-to-toe with an offense that possesses the firepower of the Chiefs, but their offense also has the capability to keep Mahomes off the field with their trio of running backs, who can all go off at a given moment.

While the 49ers haven’t needed Jimmy Garoppolo during their run to the Super Bowl up to this point, I don’t believe he has the limitations that the likes of Ryan Tannehill in Tennessee has. In fact, I expect that he’ll surprise some of the NFL viewing world with his ability to come up in the clutch. Against playoff teams, Garoppolo’s 49ers averaged 30.4 points a game, while he averaged 13.4 yards per attempt and had eight touchdowns to just two picks. With Kyle Shanahan moving the chess pieces, I expect San Francisco to fare just fine in this shootout.