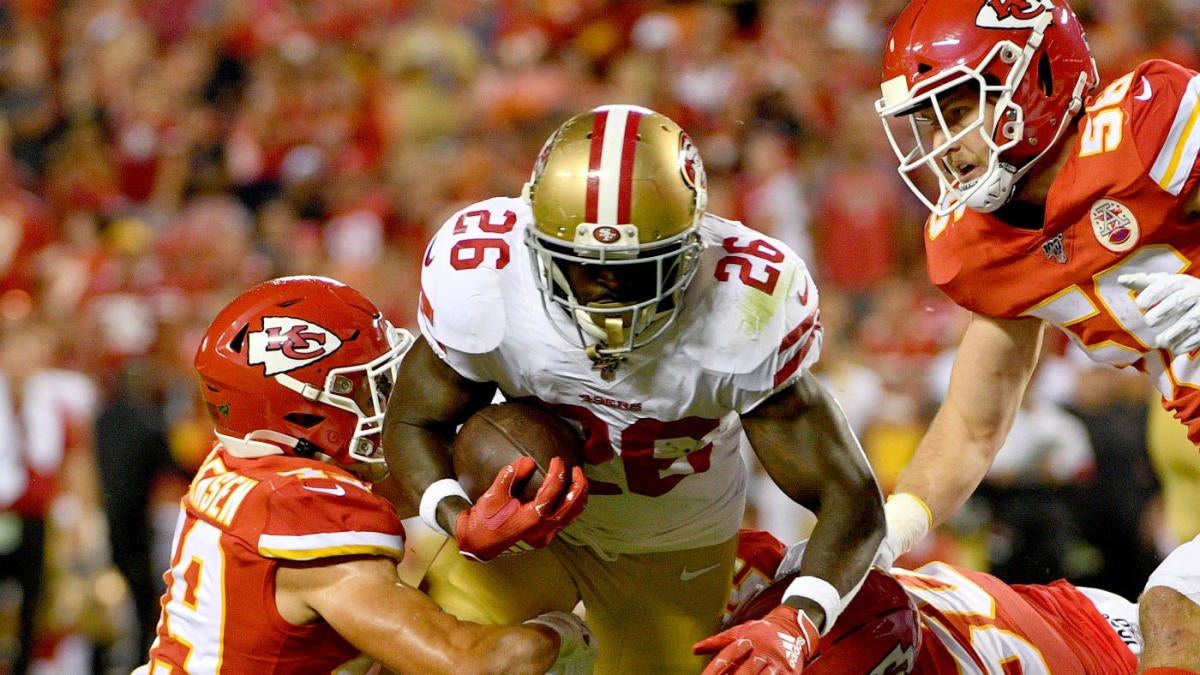 And then there were two. Super Bowl LIV is set for Feb. 2, and it’ll be the Chiefs and 49ers battling for the championship. Patrick Mahomes rallied his team back from double-digit deficits in back-to-back weeks to win the AFC, while the 49ers went ground-and-pound in dominant wins over the Vikings and Packers.

The line is sitting at Chiefs -1 in some places, Chiefs -1.5 in others, so the market believes these are two relatively equal teams. And that makes sense, as both were probably among the three best teams in the NFL this year (along with the Ravens). Because both teams are so strong, we’re seeing the total on the game rise almost with each passing day, as a number that opened as low as 51.5 in some spots is now between 53.5 and 54.5 depending on where you look. But most people expected a shootout in last year’s Super Bowl as well, though what we got was a 13-3 Patriots win that sunk all Over bets, whether on the total or most props in the game.

We’ll have plenty on the gambling angles in this matchup over the next week-plus both here and at SportsLine, but today we’re going to take a look at some metrics and go over a few scenarios for Super Bowl LIV. If you have a good handle on the game this early, you’ll be ready to pounce and find excellent value when sportsbooks release their prop sheets.

If you want to know which picks I like, you can find that info at the SportsLine link below, where all my rated plays appear during the season along with my five SuperContest picks each week and plenty of great analysis from a fantastic collection of experts. You can also check out where all our CBS Sports staff lands on the big game right here.

Vegas pro Kenny White joined Will Brinson on the Pick Six Podcast this week to take an early look at the matchup and highlight what bettors should know. Give it a listen below and be sure to subscribe on your favorite podcast platform:

Over at SportsLine, I’ll be posting my pick in the days to come, but you can also check out the picks that are live right now and see what interesting angles the SportsLine experts have uncovered. Join now and use promo code WHITE for $1 on your first month and you can get mine and every SportsLine expert’s picks throughout the year, as well as my SuperContest picks each Saturday during the regular season. After a 4-1 finish in Week 17, I managed to scrape together a 53.7% hit rate. That wasn’t nearly good enough to finish in the money, but it does give me a 57.2% hit rate over the last five years in the contest (a 425-pick sample size).

Some sportsbooks opened the Super Bowl line as a pick ’em, but by Sunday night most places had the Chiefs as a short favorite, whether by one or 1.5 points. My power ratings had the Chiefs as a point better going into the conference championship games, and I didn’t see a reason to alter that after both teams won convincingly.

You can see why the betting line has these teams just about even. Yards per play differential gives the 49ers the edge, but weighted DVOA, which discounts the first half of the season and may actually be a more accurate measure of the matchup for that reason due to Patrick Mahomes’ injury, says the Chiefs have an edge. My DVOA line projection has the game at Chiefs -3, so if weighted DVOA is right, there’s a little value on the AFC team.

The Chiefs have the more dynamic offense, but the 49ers do bring one of the best pass defenses in the league into this game, one that ranks first in net yards per attempt allowed. If that defense can keep the game close, it’s easy to see how the 49ers can pull off the win: run, run and run some more.

The Chiefs rank 29th in both yards per rush attempt and rush DVOA, but they also stepped up in a massive way in the AFC title game, holding a dangerous Titans rushing attack to just 85 yards. If they can rediscover that success to slow down the 49ers rushing attack, that puts the game on the arm of Jimmy Garoppolo. He was no slouch in the regular season but has barely had to break a sweat in his team’s two dominant wins over the Vikings and Packers.

How you should bet

There are several possible scripts to this game, but the two most likely should determine where you put your money. We’ll go over both scenarios below.

Mahomes too much for 49ers defense

In this scenario, Patrick Mahomes is just as unstoppable as he’s been over most of his career. Mahomes connects on multiple big plays, and the Chiefs’ No. 1 third-down offense wins the battle against the 49ers’ No. 2 third-down defense. This would likely take a massive effort from the Chiefs’ offensive line to hold off a 49ers pass rush that can do damage with just its front four, but considering Kansas City ranks fourth in adjusted sack rate on offense, it’s a challenge they can meet.

With the Chiefs offense lighting up the scoreboard, it’s then on Jimmy Garoppolo to answer the way he did in the 48-46 win over the Saints in the regular season. A big Mahomes game makes it likely the Chiefs win and cover, but it certainly isn’t a given if Garoppolo steps up.

In this scenario, the 49ers’ defense wins the battle against Mahomes, creating consistent pressure with its front four and not allowing the Chiefs defense to pick up chunks of yards at a time. With the Kansas City offense unable to run away, the 49ers can stick to running the ball as much as they want, taking advantage of the Chiefs’ defensive weakness to get out to an early lead they never relinquish.

The tough thing for the 49ers is that Mahomes has shown that no lead is safe. He rallied his team back from 24-0 in a playoff game to take a lead into halftime. Who does that? Even if the 49ers hold a lead in the second half, there will certainly be money coming in on the Chiefs’ live line during the game.