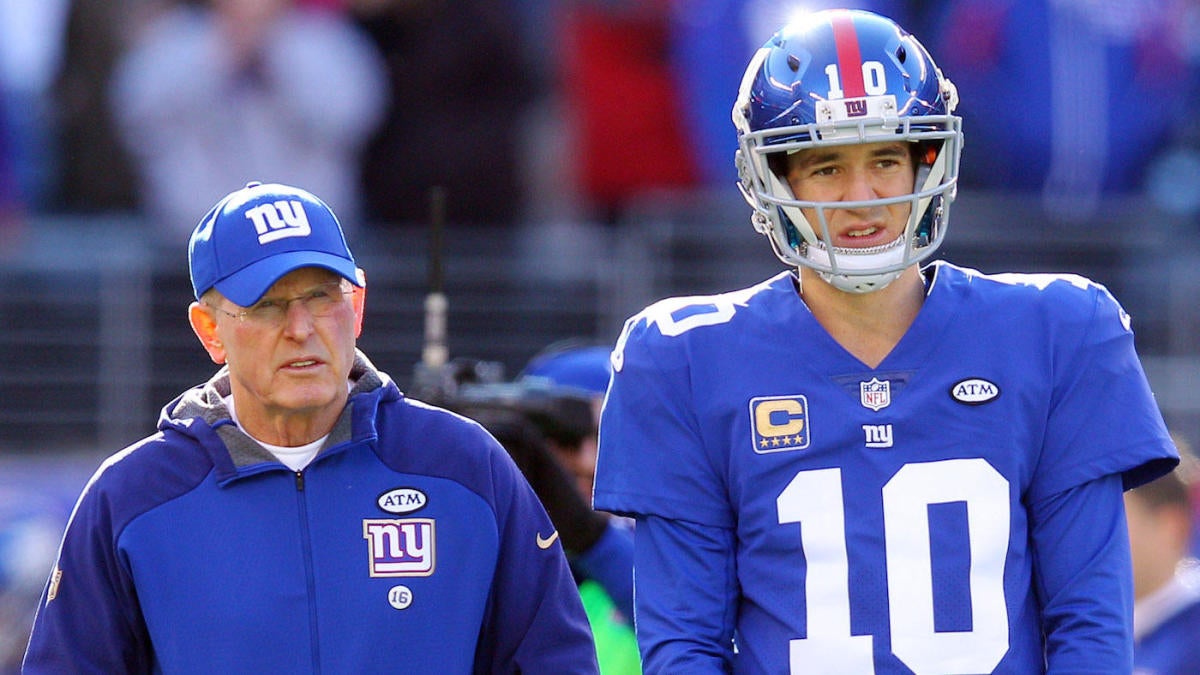 Eli Manning’s name may spark debates about the quarterback’s future Hall of Fame candidacy after his 16-year NFL career, but it sparks only one thing for longtime New York Giants coach Tom Coughlin: Respect.

Coughlin hasn’t been with the Giants for a half-decade now, but he was one of the first team alumni to comment on Manning’s retirement at age 39, lavishing the two-time Super Bowl champion with praise.

“It was an honor and privilege to coach Eli, and to go through the wonderful and magnificent moments that he and his teammates provided for all of us,” Coughlin said via the Giants’ official retirement release. “Eli Manning not only is the quarterback on those great teams, but he is the MVP of the Super Bowls. He’s an incredible big-game performer. You talk about a guy that’s great to coach, focused every day, took tremendous pride in preparing, practice, had a great sense of humor, was a cynic in the locker room. But the guys loved him and they loved him for it, and they played for him. The guys that had the opportunity to play with him know what it’s like to be with a guy with as much talent, as much grit, as much determination.”

“Here goes the retirement of a great, great football Giant,” Coughlin continued. “I and my coaching staff and our teams from 2004 right through 2015 — for me at least, my part — hold Eli in the highest respect and congratulate him and his family, and his mom and dad, for all of the wonderful, wonderful experiences he’s had, and the happiness and pride that he has brought to the entire Giants family, the fanfare, the fans, the family and everyone that’s taken so much pride from his performances and for what he’s meant. He’s always been there to make the call, to stand up and represent the Giants in the best possible way.”

Coughlin, who departed his post in the Jacksonville Jaguars‘ front office in December, began his stint atop the Giants’ coaching staff in 2004, the same year Manning went No. 1 overall and was promptly traded to New York on draft day. The QB spent the first 12 seasons of his career under Coughlin before the coach’s departure after the 2015 campaign, making six playoff appearances, including the two Super Bowl runs.

Former Giants general manager Ernie Accorsi was the man running the show when the franchise swung its trade for Manning, and he spoke on his connection to the player who retires with several Giants records to his name.

“(The late Beano) Cook told me once, ‘You could be on the first civilian flight to Mars, and the first line of your obituary is going to be that you traded for Eli Manning,'” Accorsi said. “No question about that. I’m honored to be associated with Eli Manning in every way possible, as a person and as a player.”

Accorsi also shared what he saw in Manning over his career.

“I learned very early that you evaluate quarterbacks on their ability to win championships, and to do it late in a game when the game is on the line, that they’re able to take a team down the field and into the end zone to win a title,” Accorsi said. “The second thing is to know that over a period of years, he’s always going to be there. Those kinds of quarterbacks always give you a chance to win, and for 16 years, he did that for this franchise. He won championships and he was always there giving us a chance to win. I don’t know how you can ask more from a quarterback.”