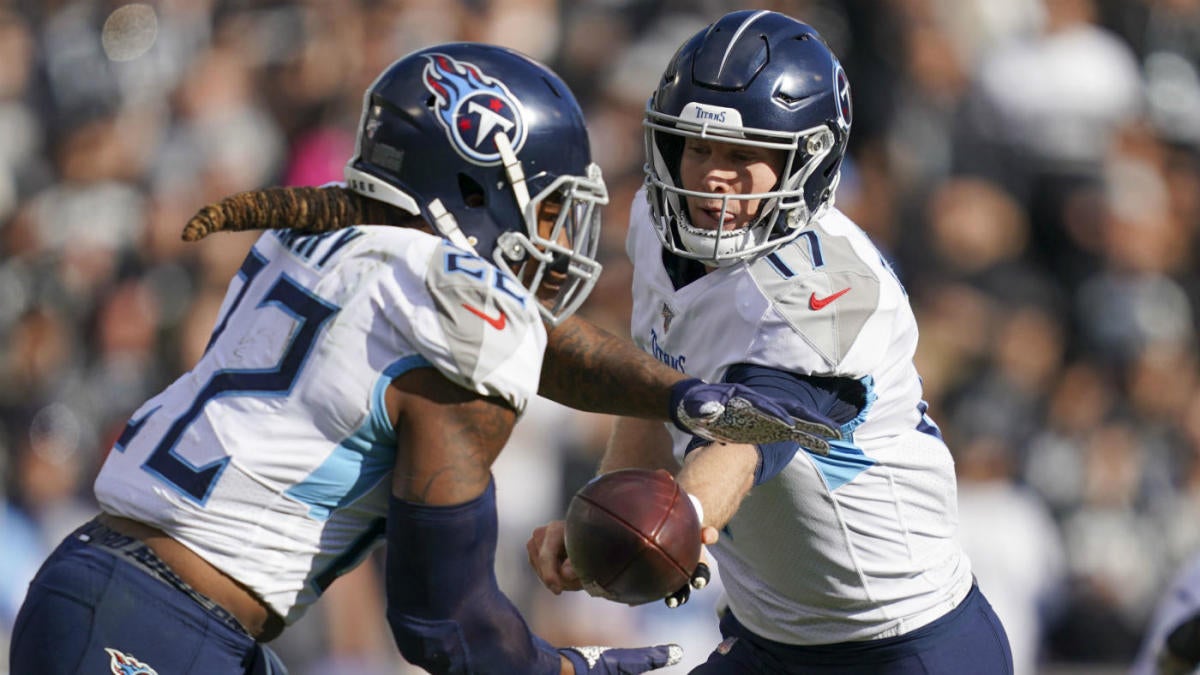 A surprising Titans playoff run ended with a 35-24 loss to the Chiefs in the AFC Championship Game. The AFC’s sixth seeded Titans knocked out the defending Super Bowl champion Patriots in the wild-card playoff round. The No. 1 AFC seeded Ravens were stunned by the Titans in the divisional round of the playoffs.

The Titans have 17 players with expiring contracts set to become unrestricted free agents, including running back Derrick Henry and quarterback Ryan Tannehill. Fortunately for the Titans, the rules relating to franchise and transition tags are different for 2020, which is the 10th and final year of the NFL Collective Bargaining Agreement (CBA). 2020 allows for the use of both a franchise and a transition tag so teams can prevent two players from hitting the open market. In the CBA’s other nine years, teams could name one impending free agent as a franchise or transition player during the 15 day designation period. The only way teams won’t be able to use both designations is if ongoing negotiations between the NFL and NFLPA produce a new labor agreement before the March 10 deadline to name franchise and transition players.

The Titans’ ability to duplicate or build upon this season’s success will be impacted by what happens with Henry and Tannehill.

The Titans were going nowhere fast with a 2-4 record before inserting Tannehill into the starting lineup. Tannehill along with a 2019 sixth round pick was acquired from the Dolphins for a 2019 seventh round pick and a 2020 fourth round pick during the offseason, in case 2015 second overall pick Marcus Mariota suffered another injury or faltered. To help facilitate the trade, Tannehill took a big pay cut in a contract renegotiation that saw his 2019 compensation drop from $18.75 million to $7 million, of which the Dolphins paid $5 million.

The new deal allowed for Tannehill to make as much as $12 million because of incentives while also deleting his 2020 contract year for taking the pay cut. Tannehill earned an additional $3.175 million in incentives. Some reports have Tannehill making $3.425 million in incentives but his $250,000 roster bonus for being active a minimum of 13 games is really a part of the base value of his reworked contract.

The Titans made the playoffs as an AFC wild card by going 7-3 with Tannehill as starting quarterback. Tannehill led the NFL with a 117.5 passer rating and 9.6 yards per pass attempt. He finished third in the league with a 70.3 completion percentage. The 117.5 passer rating is the fourth best single season mark in NFL history.

In the 10 games Tannehill was under center, Tennessee averaged 30.4 per points per game, which was the NFL’s fourth best during that time. The Titans were 28th at 16.3 points per game when Mariota was starting. Offensive yards also increased dramatically from 290.5 per game, which was 27th in the NFL, to the league’s third best at 406.2 yards in the games Tannehill started.

Tannehill picked up two awards from the Professional Football Writers of America (PFWA) for this season’s efforts. He was named both NFL Comeback Player of the Year and Most Improved Player.

Tannehill is a prime candidate for a non-exclusive franchise tag unless a long term deal can be worked out before the designation window closes. One approach Tannehill’s camp could take in early negotiations is to use the 2015 contract extension Tannehill signed after adjusting the deal to a 2020 salary cap environment as a starting point for serious discussions. Tannehill received a four-year, $77 million extension with $45 million in guarantees from the Dolphins when the salary cap was $143.28 million. With the 2020 salary cap projected to be in the $200 million neighborhood, an equivalent deal would average nearly $27 million per year. Since Tannehill has clearly performed better this season than he ever did with Miami, merely adjusting his Dolphins deal may not be enough to reach an agreement with his camp. In Tannehill’s seven years in Miami, he completed 62.8 percent of his passes and had an 87.0 passer rating.

The safest route for the Titans may be to have Tannehill play 2020 on a non-exclusive franchise tag to ensure that this season isn’t a fluke. This quarterback number projects to $27.067 million if the 2020 salary cap comes in at $200 million.

The Titans will have plenty of options if Tannehill’s contract demands are deemed excessive and a designation isn’t utilized. This offseason will be one of the rare instances when veteran quarterback supply will exceed demand.

One intriguing alternative is Tom Brady, who has an expiring contract for the first time in his illustrious 20 year career. Brady also has a clause in his contract preventing the Patriots from designating him as a franchise or transition player. Although Brady will be the oldest starting quarterback in league history next season at 43, Titans head coach Mike Vrabel won three Super Bowl rings with him in the 2000s when Vrabel was a Patriots linebacker.

Henry led the NFL in rushing (1,540 yards) and tied for the league’s most rushing touchdowns with 16 despite missing a game late in the season because of a hamstring injury. He earned his first Pro Bowl berth and was named to PFWA’s All-NFL team. Since the middle of last season, Henry has been the NFL’s most productive ball carrier. He has league bests of 2,299 rushing yards and 26 rushing touchdowns with 5.4 yards per carry.

Henry really made his mark in the playoffs. He became the first player to ever have two games of at least 180 rushing yards in the same postseason. Henry had 182 yards against the Patriots and 195 yards versus the Ravens. Henry also set a NFL record for the most rushing yards during a playoff run (not including the Super Bowl) with 446. His 148.7 rushing yards per game this postseason is the fourth best mark ever in any single playoffs.

Getting a deal done with Tannehill would leave the franchise tag for Henry. An inability to sign Tannehill in a timely fashion likely means Henry will be a transition player. The non-exclusive running back franchise and transition tags are expected to be $10.732 million and $8.56 million respectively with a $200 million salary cap. The transition tag only gives teams a right of first refusal with an offer sheet whereas the non-exclusive franchise tag provides two first round picks if matching rights aren’t exercised.

The running back market had been in steady decline for several years when Todd Gurley reversed the trend at the start of Rams training camp in 2018. Gurley signed a four-year, $57.5 million contract extension (worth a maximum of $60 million through salary escalators) with $45 million in guarantees. At $14.375 million per year, Gurley’s deal represented an almost a 75 percent increase over the previous running back benchmark, which was Devonta Freeman’s five-year extension with the Falcons in 2017 averaging $8.25 million per year.

David Johnson helped proved Gurley’s deal wasn’t a market anomaly. Hours before the Cardinals‘ 2018 regular season opener, Johnson signed a three-year, $39 million extension with $31,882,500 of guarantees. The deal is worth a maximum of $45 million through incentives.

Le’Veon Bell further solidified the dramatic re-set of the running back market Gurley started during 2019 free agency. The three-time All-Pro running back signed a four-year, $52.5 million contract with the Jets containing $35 million in overall guarantees. Incentives and salary escalators make the maximum value of the deal $60.15 million.

Ezekiel Elliott replaced Gurley as the NFL’s highest paid running back shortly before the regular season started when he ended his 39 day holdout from the Cowboys. He became the first running back in the league history to sign a $100 million contract. Elliott, who had two years remaining on his rookie contract, received a six-year, $90 million extension. The two-time rushing champion established new standards for running backs with $50,052,137 in overall guarantees and $28,052,137 fully guaranteed at signing.

Henry will likely be looking to join the top running back salary tier with his next contract. However, he doesn’t fit the profile of running backs who have been commanding top dollar. Dual threat running backs have been getting that type of money lately. Henry doesn’t add much in the passing game. He is more of a traditional ball carrier from the previous era.

Paying running backs significant money appears to be a risky proposition. Overall, teams aren’t getting a good return on the investment. Johnson had a subpar 2018 after getting his contract and became an afterthought in Arizona’s offense once Kenyan Drake was acquired from the Dolphins in a midseason trade. Bell had his worst season as pro in 2019. Gurley hasn’t been the same since injuring his left knee late in the 2018 season. The 2017 NFL Offensive Player of the Year had career lows of 857 rushing yards and 1,064 yards from scrimmage (combined rushing and receiving yards) this season.

Elliott did the most to justify his payday. He hit the 1,000 yard rushing mark for the fourth straight time. Although Elliott was fourth in the NFL with 1,357 rushing yards, he averaged a career low 84.8 yards per game on the ground. Prior to this season, Elliott had averaged 101.2 rushing yards per game for his career.

The Titans have firsthand experience with how big money running contracts can backfire. Chris Johnson signed a four-year extension with the Titans averaging $13,493,750 per year and containing $30 million in guarantees after a lengthy pre-season holdout in 2011 when he had two years left on his rookie contract. He was released in 2014 after playing only one of the new contract years of his extension. In essence, the Titans paid Johnson $28.975 million in excess of his rookie contract to just have him for one additional season. The deal was before Jon Robinson became Titans general manager but Vice President of Football Administration Vin Marino, who handles player contracts, negotiated the deal.

Henry, who just turned 26, doesn’t have high mileage because wasn’t used heavily early in his career. Henry’s 804 regular season carries are 365 fewer than Elliott’s even though they were both drafted in 2016.

The Titans wouldn’t have to worry too much about another team creating a difficult to match offer sheet with a transition tag. Although not ideal, Tennessee should still have over $20 million in cap space if it placed designations on both Tannehill and Henry. The Titans also don’t have any pass catchers making number one wide receiver money, which is north of $15 million per year.