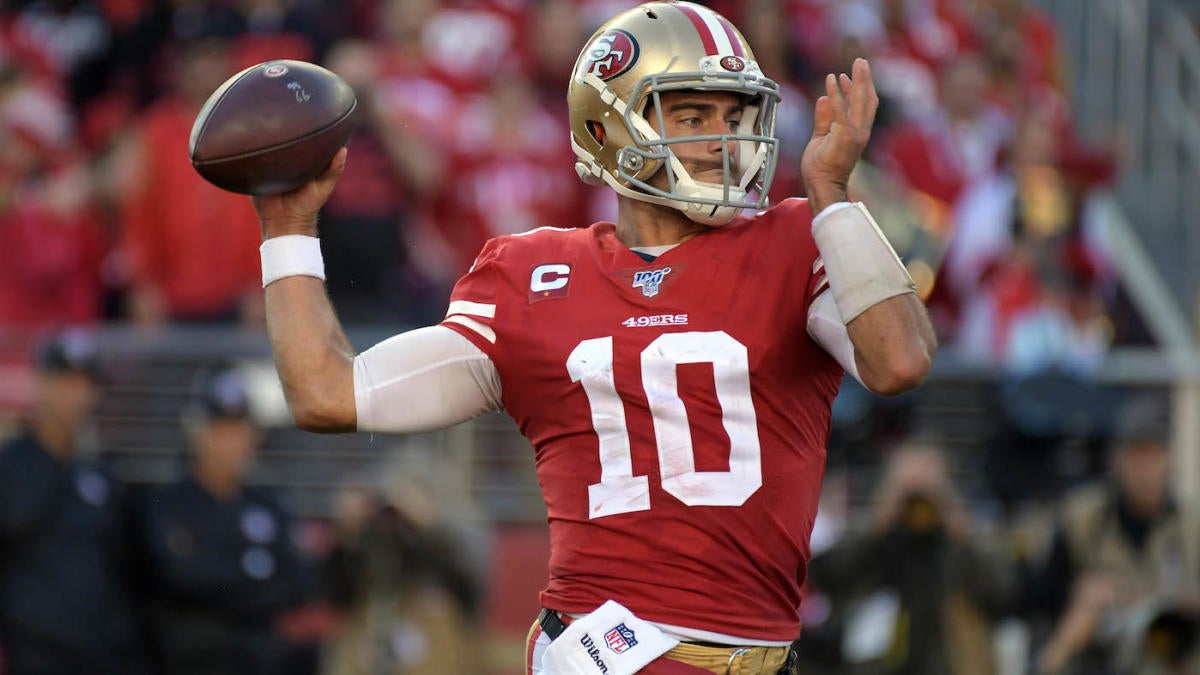 With Jimmy Garoppolo heading to Super Bowl LIV as the starting quarterback of the San Francisco 49ers, the deal that actually landed him in the Bay Area and out of New England is starting to be rehashed.

As we learned when we revisited the trade earlier this week, the Patriots were in a unique and difficult situation with their former second-round pick in Garoppolo. At the time of the infamous deal between the Pats and Niners on Oct. 31, 2017, New England was fresh off their epic 25-point comeback over the Falcons in Super Bowl LI the year before, Tom Brady was in the midst of an MVP season and Garoppolo was on the doorstep of free agency.

While most who follow the Patriots can understand the logic behind moving on from Garoppolo at that time, the return (a 2018 second-round pick) was not as much as one would expect when shipping a player of his potential out of town. In fact, people in New England weren’t the only ones surprised at the price tag on Jimmy G — the 49ers organization was too.

In a recent piece detailing how San Francisco turned themselves into a team that is about to make a bid for the franchise’s sixth Super Bowl title, ESPN’s Seth Wickersham reveals that not only were the 49ers “stunned” that Garoppolo was available for just a second-rounder, but that they were prepared to offer even more for him in the event that Belichick haggled.

Then the 49ers got what every successful team needs: luck, in two ways. The first instance occurred just before the trading deadline in 2017, when Belichick texted Shanahan, a coach whom he respected enormously, and offered Jimmy Garoppolo straight up for a second-round pick. The 49ers were stunned — Belichick had told staff in the Patriots building and any team that had inquired that the quarterback would not be traded — and were prepared to counter with a larger package, in case Belichick happened to be posturing. He wasn’t.

The talk that the Patriots could have received more for Garoppolo has been widely talked about essentially since the deal was made back in 2017. But, the fact that Wickersham is crystalizing that Bill Belichick seemingly made no attempt to squeeze the most out of his asset is quite jarring. Had the legendary head coach played his cards right and flirted with the Cleveland Browns, who were reportedly also interested in acquiring Garoppolo, he may have been able to land the Patriots and even bigger haul.

Who knows, maybe offensive tackle Mike McGlinchey or defensive end Nick Bosa (two of San Francisco’s recent first-round picks) would have been wearing a Patriots uniform to start their NFL careers instead.

Of course, there’s nothing the Patriots can do about it now as Garoppolo is well into his tenure with San Francisco and is in position to earn his first Lombardi as a starter.  The execution behind this deal, however, can be looked at as one of the rare missteps by Belichick and one that should be questioned not for moving on from the player, but for the return they received.