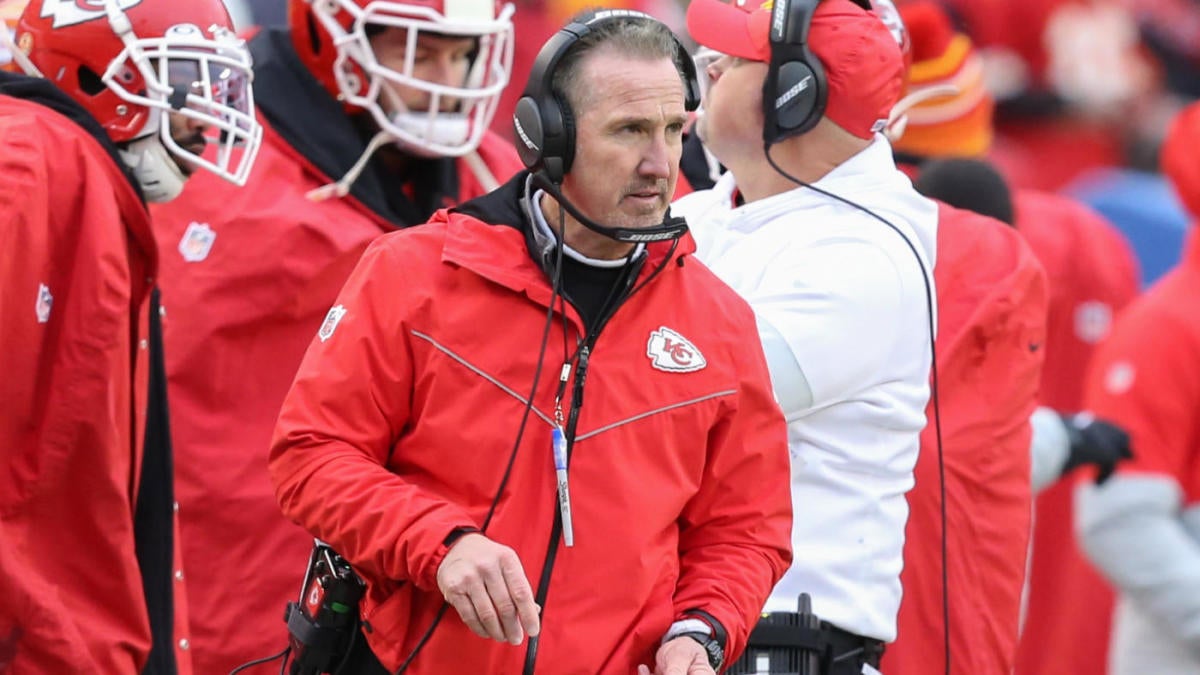 What a difference a year makes. Last year, the Kansas City Chiefs were in the AFC Championship, yes, but ultimately faltered when their defense couldn’t stop Tom Brady and Rob Gronkowski from stamping the New England Patriots‘ ticket to Super Bowl LIII with a gut-wrenching 37-21 overtime victory at Arrowhead Stadium. It was a special season for the Chiefs, and one that led to Patrick Mahomes being named league MVP in his first full season as a starter, but the Patriots never gave him a chance to save the day on Jan. 20, 2019 — as he’d been tasked with doing so often throughout the season.

Things look precipitously different this time around, because the Chiefs are heading to Super Bowl LIV to face off with the San Francisco 49ers, and not solely based on the greatness of Mahomes and the offense. The team’s defense is light years beyond where it stood last season, in several major categories, and in large part thanks to the addition of Steve Spagnuolo as defensive coordinator.

“Steve is a bright defensive mind with a lot of coaching experience and success in our league,” head coach Andy Reid said in January 2019 after officially announcing the hire, via The Kansas City Star. “I know him well from our time together in Philadelphia and I feel that his leadership skills and teaching abilities, combined with his scheme, will be a great fit for our team as we move forward.”

A lot of experience indeed, having spent his entire NFL coaching career volleying between varying positions that include, but are not limited to: defensive assistant, defensive backs coach, linebackers coach, secondary coach, defensive coordinator, assistant head coach and head coach.

Spagnuolo was hired swiftly following the aforementioned heartbreak and immediately went to work scrapping the incumbent 3-4 scheme to install his 4-3 setup, and with grand results. The Chiefs saw an uptick in their run defense, but what Spagnuolo’s scheme was able to do for the defensive secondary was phenomenal, taking them from second-worst in the league in 2018 in passing yards allowed per game to eighth-best in 2019.

The decision by Reid and Spagnuolo to add All-Pro safety Tyrann Mathieu combined with the drafting of rookie safety Juan Thornhill made for arguably the NFL’s most advantageous safety tandem, with one hand washing the other as it relates to the aid they got via pressure generated from the front seven. Mathieu reeled in four interceptions under Spagnuolo, one shy of his career-best 2015 season, and Thornhill added another three to the mix before landing on injured reserve in late December with a torn ACL.

So while Mahomes does what Mahomes does, namely great things as he orchestrates another potent offensive season for the Chiefs, Spagnuolo has the defense firing on all cylinders.

They sacked quarterbacks Deshaun Watson and Ryan Tannehill a combined eight times in the AFC Divisional Round and AFC Championship, respectively, and bullying opposing QBs isn’t their only claim to fame — their 45 regular season sacks notwithstanding. Although they’ve only seen a minor uptick in run defense over last season, they showed they can shut down an elite running back when no one else can, having held league-leading rusher Derrick Henry to only 69 yards and a touchdown in a stifling defensive effort against the Tennessee Titans.

Henry bulldozed through the Patriots and top-seeded Baltimore Ravens with a combined 377 yards rushing, and he looked utterly unstoppable heading into Arrowhead with a trip to Miami on the line. Instead, led by defensive lineman Chris Jones — who now operates from the interior in Spagnuolo’s four-man front — Henry was left on bricks wondering who stole his wheels.

And much like the acquisitions of Mathieu and Thornhill on the back end, signing Frank Clark and Emmanuel Ogbah to anchor the 4-3 scheme has worked wonders, with Jones, Clark, and Ogbah leading the team in sacks; and Clark was named to his first Pro Bowl in 2019 thanks for Spagnuolo, although he can’t attend, for obvious reasons.

One of the more talented defensive minds in the entire NFL, Reid knew what he’d have in Spagnuolo — the two having worked together in their time with the Philadelphia Eagles at the turn of the century.

They’re now reunited and, as Reid would no doubt agree, it feels so good.