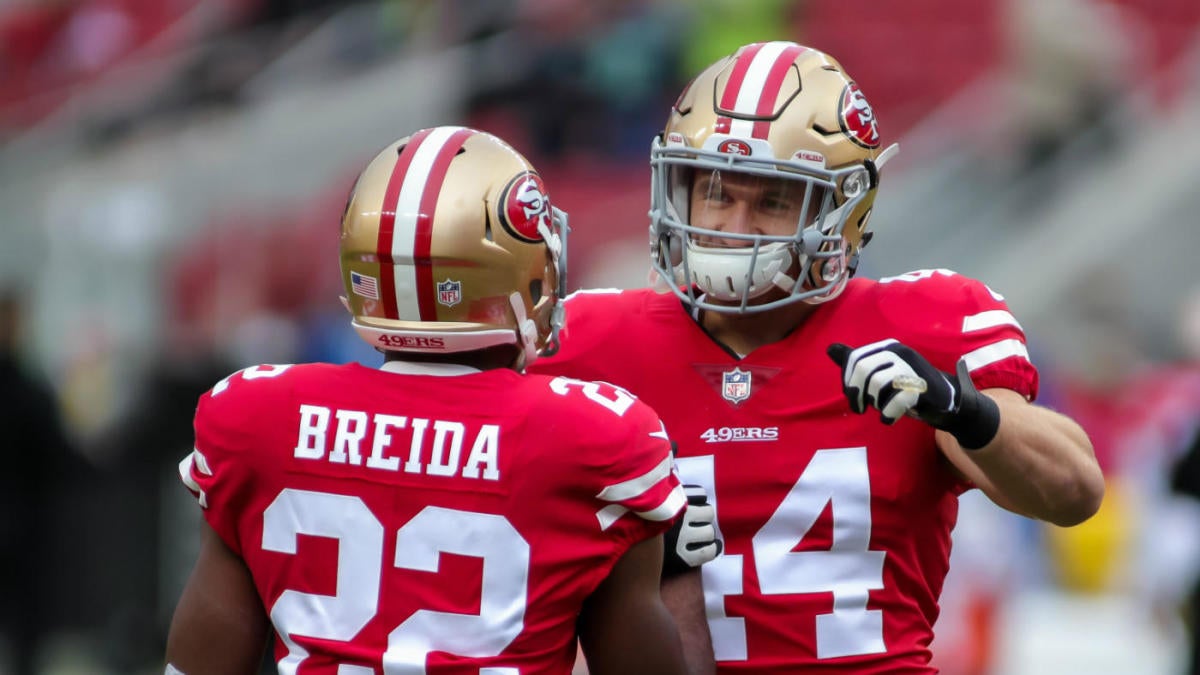 When Pro Bowl fullback Kyle Juszczyk left Baltimore, a perennial contender for much of that decade, for San Francisco, back in early 2017, it was hardly a trendy move. The 49ers were digging out of their second straight one-and-done head coaching situation – with Chip Kelly’s tenure just as perilously short as Jim Tomsula’s — and they needed an overhaul physically, mentally and emotionally (perhaps spiritually as well — toxicity and in-fighting had become the norm).

The 49ers had won seven games, combined, in the two previous seasons before Juszczyk became a free agent. They were also still dealing with some of the aftermath of the demise of the Trent Baalke/Jim Harbaugh relationship — and from Colin Kaepernick‘s controversial departure from the organization — and they had a roster riddled with holes and deficiencies. The men entrusted to pull the once-storied franchise of the muck didn’t have a track record expected to lure free agents — Kyle Shanahan, a rookie head coach and general manager John Lynch was plucked right out of the FOX broadcast booth for his pivotal role.

But Juszczyk was all-in.

He became one of the regime’s immediate targets that offseason, a coveted piece that Shanahan believed would be integral to both his air and ground games. The 49ers couldn’t wait to make him the highest-paid fullback in the game, far surpassing anything the Ravens, the only team he had known, had ever offered.

He was one of the key elements in the first offseason of this regime, and now, after two seasons at-or-near the bottom of the NFC West, that shared vision and gamble has more than paid off. Juszczyk, 28, has been everything Shanahan, always an innovator, had hoped for. The roster is now among the most talented in the game and the 49ers are a little over a week from facing the Chiefs in Miami with a Lombardi Trophy at stake.

“Honestly, that’s what makes this season so special, the fact that we built it from the ground up,” Juszczyk told me on his way home from work Tuesday, with the 49ers Super Bowl preparations in full swing. “And to go through the past two seasons that we had to go through, those trials and tough times, makes this all that much sweeter.”

Juszczyk was part of a 12-man free-agent class that year; only he and kicker Robbie Gould remain on the active roster (receiver Marquise Goodwin is on IR), proving the best investments of the bunch by far. San Francisco added all-world tight end George Kittle in the fifth round of that draft as well, teaming with the fullback to provide strength and power in the run game and diversity in the passing attack. Shanahan’s ingenuity is a huge part of what made the 49ers so attractive to Juszczyk, and it has turned out to be a perfect coupling.

“That was a huge selling point for me going out to San Francisco,” Juszczyk said, “seeing what Kyle had done previously in his offense with guys like Patrick DiMarco in the Super Bowl year (with Atlanta in 2016). And I knew that I could do even a little bit more than that. I was excited about all the ways he would use me and I’m really happy with the way everything has worked out the last three seasons. And I couldn’t be happier with my role, and to be centerpiece of the dominant offense we have, it really means a lot.”

The 49ers’ fortunes appeared ready to turn midway through Juszczyk’s first season there when they traded for quarterback Jimmy Garoppolo just before the deadline at midseason. They finished 6-10 in 2017 and were a fashionable pick to contend for the playoffs in 2018, continuing to fortify themselves on the offensive and defensive line, yet stumbled badly to a 4-12 mark, losing Garoppolo early in the season to knee surgery and never recovering.

Still, Juszczyk sensed their time was near and never wavered on his decision to head to San Francisco in his prime.  He knew better things were ahead.

“In my first year here we started 0-9, but five or six of those games we lost by three points or less,” he said. “So we knew we were close there, and then Jimmy comes in and we finish the season on a five-game winning streak, and we really felt like right there it was going to turn for us. And that’s why we had such high hopes last year – after that momentum.

“Basically, we thought this year was going to happen last year. But then we lost Jimmy and we realized we were still missing a few parts on defense. We needed edge rushers like (2019 first-round pick) Nick Bosa and (2019 trade acquisition) Dee Ford, and then adding Kwon (Alexander) in there, those were the missing pieces.”

Everything came together in 2019, without question, and has continued through the playoffs. The 49ers secured the top seed in the very challenging NFC, despite playing a brutal schedule, flexing the best defense in the league, a dominant run game and the ability to win all types of games – close games, blowouts, low-scoring, and high scoring. Juszczyk continued to reward them, earning his fourth-straight Pro Bowl nod and posting a career-best 12 yards per catch. They began the season with eight straight victories and never looking back.

“During training camp this year we realized it very quickly as an offense, that, ‘Wow, this defense is legit,’ Juszczyk said. “We were really struggling the first two weeks at practice in pads. We couldn’t move the ball at all and were starting to look at ourselves like, ‘Man, we’re not as good as we think we are.’ But really I think it was just how good and talented our defense is, and that front seven especially is. But once we started to adjust things went better.”

The Harvard grad is most proud of the work he does in the trenches, playing a critical role in opening holes for others in the run game. Shanahan’s offensive system is tried and true, going all the way back to when his father, Mike, was an assistant coach. Defenses know each week that they are going to get a heavy load of outside zone runs and pitch plays and yet they, generally, cannot stop it, and particularly in the playoffs with the 49ers steamrolling the Packers and Vikings for a whopping 471 yards on the ground in the two contests while attempting just 27 total passes.

“It’s extremely satisfying, and we take such huge pride in our ability to run the ball, and especially to run the ball when they know it’s coming,” Juszczyk said. “I mean we’ve got be leading the league in eight-and-nine-man boxes faced, and the cool part is how everybody buys into it, wide receivers included.

“You don’t see a lot of receivers willing lock in the way a guy like Deebo Samuel does, and a guy like Emmanuel Sanders, who has been a star in this league and at 32-years old is willingly putting on that hard hat and goes in there and mixes it up with linebackers — when you see guys like buy in it further motivates you to push you harder yourself.”

Watching the emergence of running back Raheem Moestart this season has also been memorable. The journeyman, who has been released and waived repeatedly through his career, made brief stops with six teams — including Baltimore — from 2015-2016, then joined the 49ers the same year as Juszczyk and emerging as one of the NFL leaders in yards per carry this season this year, running for over 200 yards on Sunday against Green Bay.

“It’s been so awesome to see, and I was actually with Raheem for his brief stint in Baltimore, and I could see it there,” Juszczyk said. “He was always dominant on special teams and an extremely fast guy, he just needed an opportunity for somebody to believe in him and really let him work out those kinks and become a little more consistent running back. It’s been really cool to see Kyle give him that opportunity, and he quite literally has run away with it. And he’s so quick to give credit to everybody else, which makes him such a loveable teammate. He deserves everything he is getting,”

One more win would make this dream season complete. The 49ers fully realize the challenge ahead, with the Chiefs playing exceptional football and Patrick Mahomes the best quarterback on the planet right now. Given Kansas City’s speed and quick-strike offense, the 49ers are almost certainly going to have to be more balanced than they’ve been in the playoffs this far to win it all.

Shanahan will be scheming up some new quirks, to be sure, and his versatile fullback could end up being a part of a trick or two. The running game will remain their forte, but the Super Bowl script will likely deviate from the past two weeks in many ways.

“It will be interesting,” Juszczyk said. “They’ve got two weeks to break down our offense and how we run the ball, but you know we really haven’t shown too much in the passing game the past two weeks for them to really study what we have in store for them. I’m excited to see what Kyle’s game plan is, and I think we can surprise people with how well we move the ball. I feel like people have already forgotten all the games when Jimmy has thrown for 400 yards and four touchdowns and all that stuff. People tend to forget pretty quickly.”