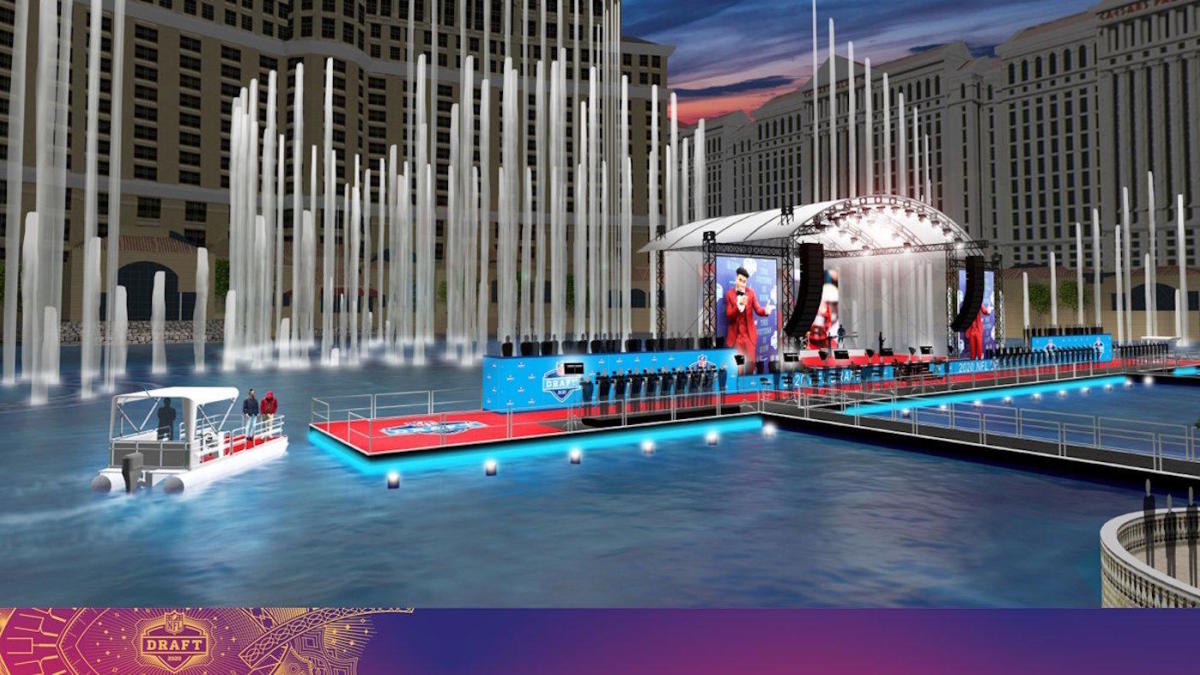 On Tuesday, the NFL revealed their initial plans for the 2020 NFL Draft in Las Vegas. The red carpet stage is set to be placed on the water in front of the Bellagio fountains and players are going to be brought in via boat. Seriously.

The NFL Draft has always been welcomed with great fanfare, but this is certainly as strange as it’s ever been. Considering that the 2020 NFL Draft will be held in the water, Twitter had an absolute field day with the prospect.

Fans had a lot of fun mocking the fact that players that walk the red carpet will be escorted in by boats. In addition, fans seem to be hoping that somebody will fall into the water at some point during the draft.

Regardless of if the Cincinnati Bengals keep the number one pick, it’s widely expected that LSU star quarterback Joe Burrow will be selected with that pick. Burrow had one of the single most impressive seasons in college history history, so fans are poking fun at the fact that he’s expected to be a savior for whatever franchise selects him.

Burrow was obviously a common target for jokes concerning the draft slated to be held on the water. This one even resorted to a “Titanic” reference along with NFL commissioner Roger Goodell standing at the front of the ship.

If this is truly the setup for the 2020 NFL Draft, fans are going to have plenty of jokes for the event. If no one falls into the water, it might be considered a disappointment.