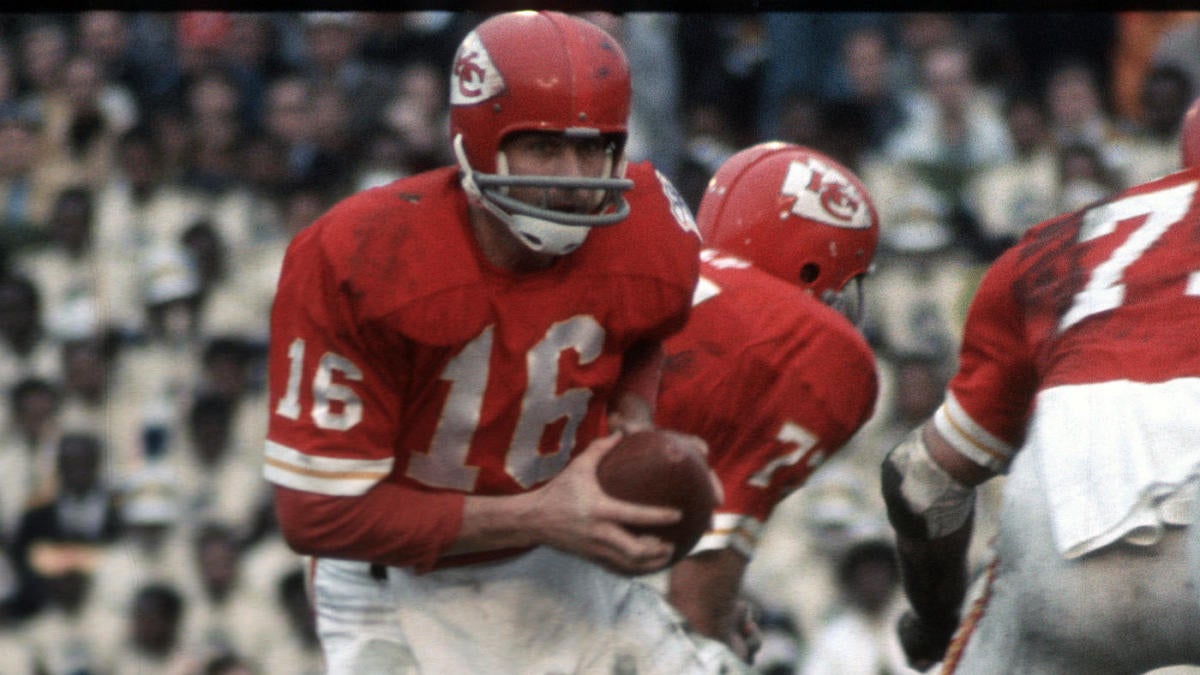 The Kansas City Chiefs‘ 35-10 loss to the Green Bay Packers in the first Super Bowl hurt. Adding insult to injury was what legendary Packers’ coach Vince Lombardi said after his team defeated the Chiefs in the first game ever played between the National Football League and the American Football League.

“I think the Kansas City team is a real tough football team that doesn’t compare with the National Football Teams,” Lombardi told the press. “That’s what you wanted me to say, I said it.”

Lombardi’s statement made its way back to the Chiefs, who were distraught after coming up short in a game that seemed to symbolize the gap between their league and the established NFL. Though they trailed by only four points at halftime, an interception by Packers’ defensive back Willie Wood early in the second half opened the floodgates. Following Wood’s pick, Green Bay would score 21 unanswered points while shutting out the Chiefs during the second half.

“That irritated us,” Chiefs quarterback Len Dawson said of Lombardi’s comment years later in an NFL Films documentary. “That stuck with us until we had another opportunity to get back to a Super Bowl. That was a motivating factor for us to get a little better so that we could compete against the best.”

While they didn’t have the depth to compete with the Packers, the Chiefs did possess some of the best individual talent of that era. Kansas City’s high-scoring offense was led by Dawson, receiver Otis Taylor and running back Mike Garrett, a Heisman Trophy winner at USC who led the AFL in yards per carry average in 1966. Kansas City also possessed a star-studded defense, led by Hall of Famers Willie Lanier, Buck Buchanan, Emmitt Thomas, Bobby Bell, and Johnny Robinson.

The Chiefs were led by head coach Hank Stram, who became the franchise’s first head coach in 1960. In their third season of existence, Stram led Kansas City to victory in the AFL Championship Game. Stram and the Chiefs won another AFL title In 1966 to earn the right to face the defending NFL champion Packers in what was then known as the AFL-NFL Championship Game.

While the Packers’ roster was full of future Hall of Fame players, the star of Super Bowl I was an unheralded receiver named Max McGee, who notoriously partied until the mid-morning hours leading up to the game. After starting receiver Boyd Dowler left the game with an injury, the 34-year-old McGee, who caught just four passes during the regular season, caught seven passes for 138 yards and two touchdowns.

“Max, who has announced to anybody that would listen, ‘Hey, I can kill these guys if I get in this game,’ he proceeds to have an MVP type of performance,” former Packers offensive lineman Bill Curry told NFL Films. “This is the stuff of legend and it should be. Bart got the most valuable player because he earned it, but they probably should have split it and had co-MVPs because Max had that great of game.”

Despite talking lightly of the Chiefs during his post game presser, Lombardi felt a great deal of pride after his team handled their business in Super Bowl I. While the Packers would go on to win Super Bowl II, their fifth title in seven years, Super Bowl I was the game that put Lombardi and his team in rarefied air.

“He had then accomplished almost everything that could be accomplished at Green Bay,” former Packers defensive end Willie Davis said of his coach, whose name is now on the championship trophy giving annually to pro football’s best team.

The Packers’ next AFL victim, the Oakland Raiders, defeated the Chiefs in the divisional round of the 1968 playoffs. But the Raiders would fall the following week to Joe Namath and the Jets, who would then pull off the greatest upset in pro football history: a 16-7 win over the NFL champion Colts in Super Bowl III.

The following season, the Chiefs finally put together another championship run, defeating the Jets and Raiders in the playoffs to earn the right to play in Super Bowl IV, the final game ever played between the AFL and NFL. And three years after playing in the “AFL-NFL Championship Game,” the title game had been renamed to the Super Bowl prior to Super Bowl III. Chiefs owner Lamar Hunt created the name after watching his children play with a “Super Ball.”

Despite Broadway Joe and the Jets’ success the previous year, oddsmakers didn’t give the Chiefs any shot at upsetting the Vikings, a star-studded team that was led by the famed “Purple People Eater” defense, which was anchored by Alan Page, who in 1971 became the NFL’s first defensive player to earn league MVP honors. While they weren’t as big of an underdog as Namath’s Jets, the Chiefs entered Super Bowl IV as a 13-point underdog.

The unfamiliarity certainly didn’t bother the Chiefs, who controlled the game from the onset. After three Jan Stenerud field goals gave Kansas City a 9-0 lead, a five-yard run by Garrett gave the Chiefs a 16-0 halftime advantage.

After the Vikings finally scored to trim their deficit to nine points, a quick pass from Dawson to Taylor put the game on ice.

“I went on a quick count, and we just happened to get lucky,” Dawson said of his touchdown pass to Taylor. “They had an all-out blitz coming; they blitzed very seldom. I hit Otis with a little hitch pass. That was the only pass I could have gotten rid of.”

Dawson, a member of the Pro Football Hall of Fame, didn’t mince words when describing his initial post game feelings.

“Like a big old weight had been lifted off my shoulders,” he said.

While Dawson took home the game’s MVP award, the Chiefs’ defense overwhelmed the Vikings, forcing five turnovers while limiting the Vikings to just 239 total yards. But the biggest star of the game was Stram, who, unbeknownst to his players, wore a microphone for NFL Films during his team’s 23-7 victory.

Three years after their loss to the Packers, the Chiefs became the second — and final — AFL team to defeat an NFL team, as the leagues merged during the ensuring offseason. And while the win did not elevate the Chiefs to the status of “America’s Team,” Hunt said that his team did capture the hearts of a certain part of the country.

“We call our team Mid-America’s Team,” Hunt said. “We represent Kansas, Missouri, the western half of Missouri, Oklahoma, Arkansas, and Nebraska. That’s a pretty big area.”

A half century later, the Chiefs will once again look to win on pro football’s biggest stage and deliver another Lombardi Trophy back to their loyal fan base.