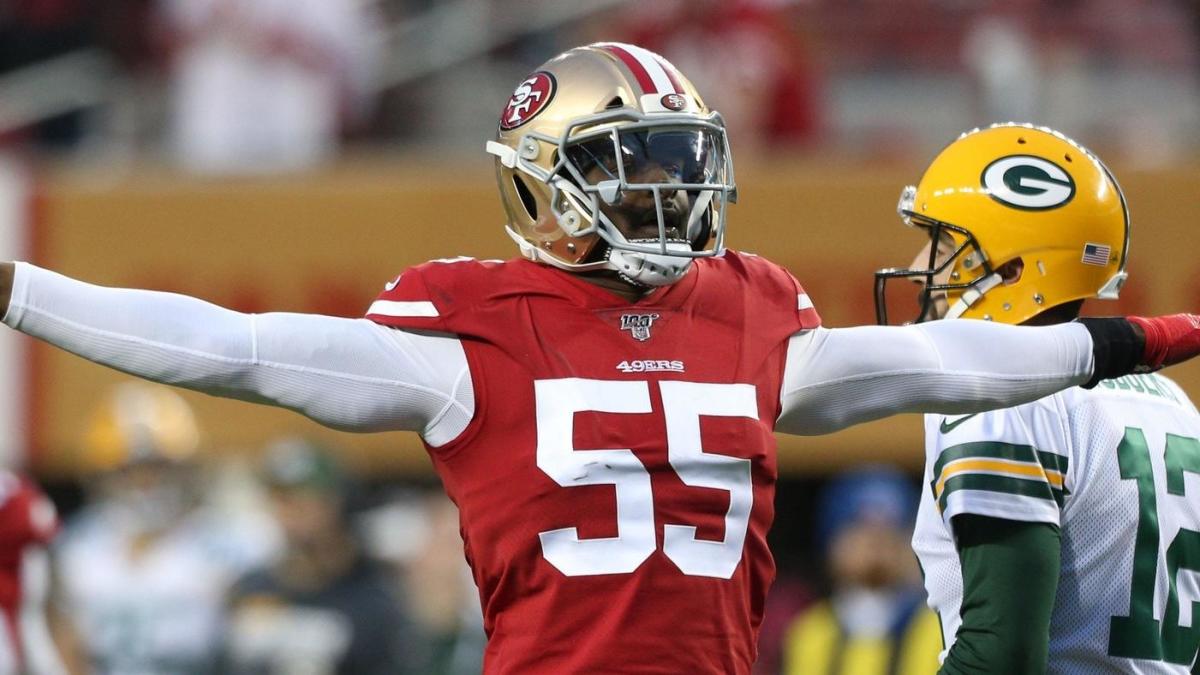 One year after his offsides penalty cost the Kansas City Chiefs an opportunity at the Super Bowl, Dee Ford earned a Super Bowl opportunity with the San Francisco 49ers. Ford was traded to the 49ers this past offseason, revitalizing a defense that finished tied for fifth in the NFL with 48 sacks, including nine the postseason.

The 49ers earned the right to play in Super Bowl LIV. Of course, they will be playing the Chiefs, much to the delight of Ford.

“Let’s get this right: There’s no love lost nowhere,” Ford said to USA Today. “It’s just me playing my brothers. At the end of the day, we just have to compete. But I’ve got so much love for the people in that building. And likewise, they’ve got love for me.”

The Chiefs moved on from Ford last March, trading him to the 49ers for a 2020 second-round pick. Ford then signed a five-year, $88 million deal with the 49ers finishing with 6.5 sacks and two forced fumbles in 11 games at defensive end.

Ford had a huge season in his final year in Kansas City, leading the league with seven forced fumbles and finishing with 13 sacks with 29 quarterback hits. The play Ford is remembered for is jumping offsides, which took away a game-sealing interception by Charvarius Ward with the Chiefs up four and 1:01 to play. The Patriots won the game in overtime, with Ford’s penalty the play that was under the microscope in the aftermath.

“It was a sloppy play on my end,” Ford said. “I don’t have a lot of encroachment penalties. Never have. It was just sloppy but not a recurring thing.”

Ford has moved on from his Chiefs days, grateful for the five seasons he played there. Now he has another chance at a happy ending in his new home.

“To be able to play my old team, it’s a blessing,” Ford said. “We’re rolling deep, though.”