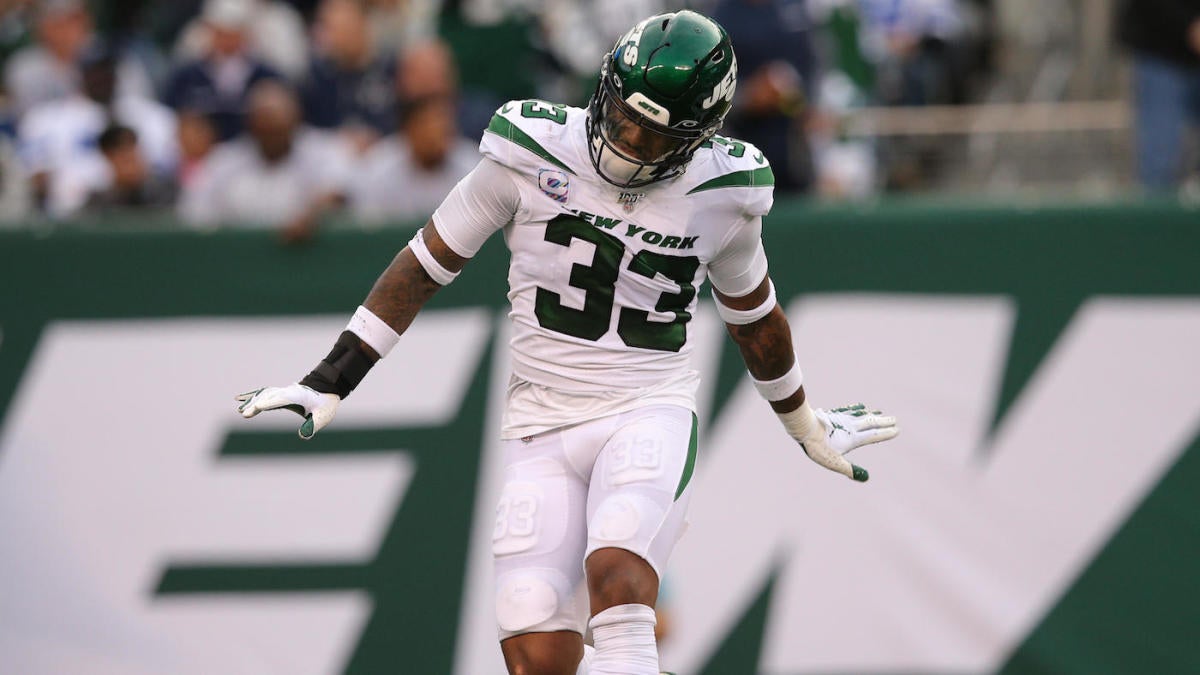 Life comes at you fast in the NFL. Few know this better than Dez Bryant, a franchise record-setting wide receiver who was unexpectedly released following the 2017 season, only four months after publicly criticizing the offensive scheme under longtime coordinator Scott Linehan and head coach Jason Garrett.

Nine months later, Linehan himself was gone, and now two years following Bryant’s departure from the Cowboys, Garrett is the offensive coordinator for the New York Giants and former Green Bay Packers head coach Mike McCarthy is calling the shots in Dallas. The sweeping regime change has Bryant not only willing to reunite with the Cowboys, but he’s even presented a specific plan for what he’d bring to the team.

It remains unlikely the two sides will reconcile following the toxic divorce of 2017, despite Bryant’s positive personal relationship with owner Jerry Jones, but don’t strikethrough the idea just yet. Things could now be made more interesting thanks to New York Jets safety Jamal Adams, who speaks with Bryant regularly and took the social media to let the three-time Pro Bowl wideout know he’d love for them both to suit up for the same team one day.

“I’d take the field with you in a heartbeat,” Adams tweeted. “Not too many have that mindset that we talked about. We’re different. You’ll be back soon brother. Keep going. Love!”

The fun part is in the interpretation of Adams’ proclamation, given the circumstances.

It’s well-known the Jets fielded calls from the Cowboys with the possibility of trading the All-Pro to Dallas just ahead of the NFL trade deadline in October, but talks fell apart when the latter demanded a first-round pick in 2019, a first-round pick in 2020 and a second-round pick in one of the two drafts. That was much too rich for the Cowboys’ blood, but their interest in Adams remains, and sources confirmed to me during the regular season the team would again attempt to trade for him in the offseason.

The attempt to move him sent Adams into a fury, and he made it clear he’d love to play for the Cowboys, throwing roses on a Romeo and Juliet style romance whose only opposition is the disagreement between the Capulets and the Montagues — i.e., the Joneses and Johnsons.

All of these variables being laid bare, one could either presume Adams is lobbying Bryant to join a Jets team that finished 7-9 and whose third-best receiver was a running back (Le’Veon Bell), and/or it can be construed as a nudge to the Cowboys from Adams to not forget about him. They haven’t, and won’t, so that’s not something he should lose any sleep over.

He’d love to share a sideline with Bryant though, that much is certain, and there’s at least [barely] a remote chance of it happening in North Texas; but the Stars would most certainly have to align to make that happen, and in spectacular fashion. The reality remains that the odds of Bryant being brought in by McCarthy remain slim, but don’t strikethrough the idea completely.

After all, again, Garrett is the offensive coordinator for the Giants now — with both Linehan and former Cowboys offensive line coach Marc Colombo having both interviewed in New York with a chance to join him — and even future Hall of Fame tight end Jason Witten hasn’t ruled out following him to Big Blue.

That alone tells you how twisted plots can get in this league, and Bryant is holding out hope McCarthy, who also happens to be the reason Bryant’s catch at Lambeau was overturned in the NFC Divisional Round five years ago (oh, the irony), is interested in seeing if Mr. 73 has enough tread on his tires to push that career touchdown tally closer to 80 or more in 2020. It would also take the convincing of team exec Stephen Jones, who is completely eyes-forward in his approach to the sweeping changes in Dallas.

Interest in Adams is eyes on the coming horizon, while considering a re-signing of Bryant would be a glance in the rear view, but maybe things meet in the middle. Bryant’s willingness to be malleable offensively helps, but he’ll need the blessing of both McCarthy and the Cowboys front office, and while Adams’ declaration of affection for his fellow Texas native is provocative enough to get the people going, the Jets will need to come down a peg and make a trade for Adams more palatable this time around.

It would take all of that to occur for Bryant and Adams to play together in Dallas — slim odds, indeed — but stranger things have happened in this league. If you think not, start from the top of this article and read it again.

You clearly missed something.