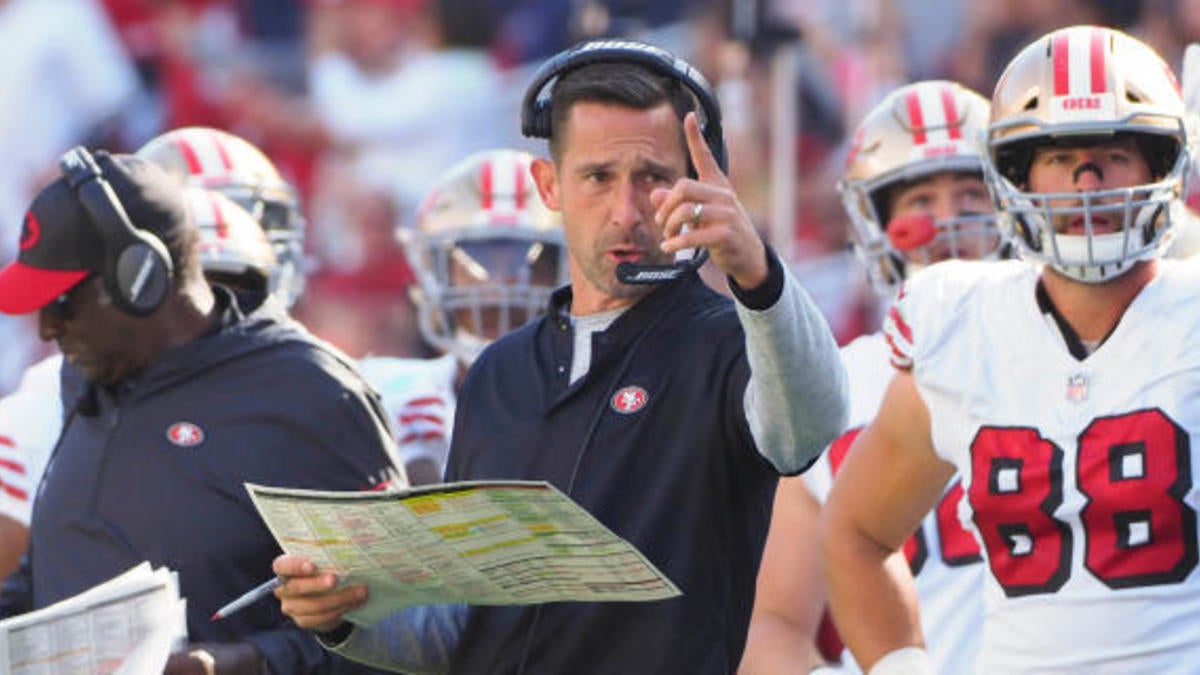 The confetti has now been swept away, the NFC Championship trophy is resting well in its glass home, and it’s time for the San Francisco 49ers to get back to work. The next and final task at hand is a daunting one, where they’ll be asked to put the clamps on the Kansas City Chiefs and reigning NFL MVP Patrick Mahomes in Super Bowl LIV.

Owners of the most dominant defense in the land and an offense that can dictate the pace of games in the air or on the ground — the latter evidenced by the historic outing from running back Raheem Mostert in their victory over the Green Bay Packers to land a ticket to Miami — the 49ers match up magnificently against the high-powered Chiefs, but the one thing they can’t afford to do is get complacent at any point in the coming battle. It’s something the Houston Texans learned the hard way after having been spotted 24 points in the AFC Divisional Round but, more importantly, it’s a lesson learned years prior by head coach Kyle Shanahan.

Shanahan was the offensive coordinator for the Atlanta Falcons in 2015, a season that saw Matt Ryan named league MVP en route to squaring off against the New England Patriots in Super Bowl LI. The initial game plan was orchestrated and executed to perfection, leading to a blasphemous 28-3 lead against the almighty duo of Bill Belichick and Tom Brady, but then the wheels came off for Atlanta. In the end, the Falcons went on to lose 38-28 as the Patriots powered through to deliver the biggest comeback victory in Super Bowl history.

Now returned to the Big Game for the second time in four years and the first as a head coach, Shanahan is reliving the gut-wrenching memories of February 2017.

“The days after were real tough,” Shanahan told media one day after grilling the Cheese in the NFC Championship Game at Levi’s Stadium, via Pro Football Talk. “Losing a Super Bowl is extremely tough for everybody, especially when you lose one when you have a 28-3 lead. …The way it came down on me personally, I didn’t react to that, I think, the way people would expect — because there were definitely parts in that Super Bowl that I would love to have back and stuff I was very hard on myself — but the whole narrative of if I would’ve just ran it, we would’ve won, I know that wasn’t the case.”

Shortly after, Shanahan was headed west at the behest of new 49ers general manager John Lynch, and what the two have put together in San Francisco in only three seasons is remarkable.

“It was nice to be able to move on and move out here and just keep working,” he said. “I’m glad I’m going to get the chance to go back.”

Don’t think for a second Shanahan is shrugging off lessons learned from the Falcons collapse against the Patriots simply because he calls the narratives surrounding it false. Instead, the weight of the past is very much helping to steer the present state of the 49ers into the future clash with the Chiefs in Miami, as it did when Aaron Rodgers and Co. rolled into Santa Clara.

With the 49ers up 27-0 at halftime and 34-7 in the fourth quarter, they saw Rodgers attempt to mount a comeback that shrunk the lead to 34-20. The problem for the Packers is it was all too little, too late at that point, but Shanahan admits he felt something rise up in his stomach just a bit.

“I think that’s the stuff that helps you because sometimes I think people can tend to relax.”

And relaxing is the last thing anyone should do when Mahomes is the opponent.