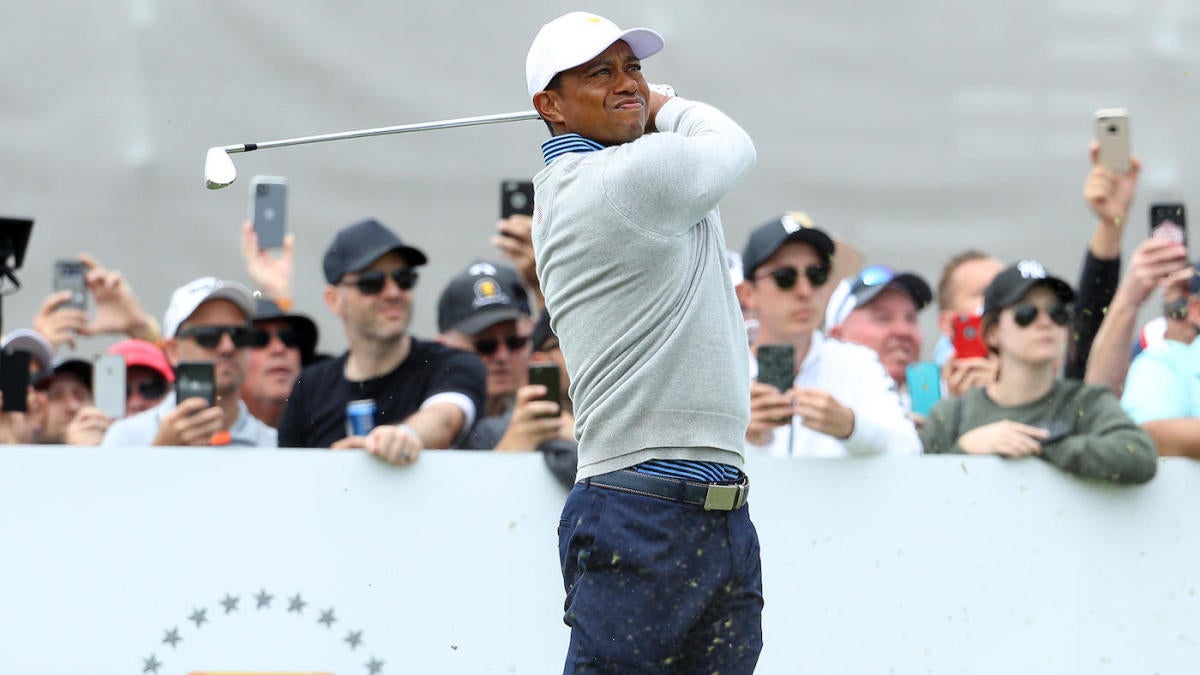 If you’ve been holding out on jumping full-bore into the 2019-20 PGA Tour season, I don’t blame you. You missed quite a bit — like Tiger Woods’ 82nd win in the fall and Justin Thomas’ thriller at Kapalua — but the season is long, and most of it to this point has been hit or miss in terms of field strength and tournament quality. That changes this weekend with Tiger’s return to action at Torrey Pines for the 2020 Farmers Insurance Open. He’ll be surrounded by a cast of stars including Rory McIlroy, Jon Rahm, Rickie Fowler, Hideki Matsuyama and Justin Rose as CBS Sports opens up its coverage of professional golf in 2020.

Field strength — A: I didn’t even get to Patrick Reed, Rickie Fowler, Jordan Spieth, Sungjae Im or Collin Morikawa. This field is absolutely stacked, and Tiger’s presence makes it feel even more beefed up than it already is.

1. Spieth begins a big year: Jordan Spieth was supposed to open 2020 at the Sony Open, but he pulled out because of an illness. This is a big year for Spieth, who is coming up on three years without a victory. Golf is cyclical, of course, but a big start — specifically in strokes gained from tee to green — for him this week would engender a lot of optimism among those of us (a dwindling crew!) who still believe Spieth is one of the greats.

2. Fowler struggles: Rickie Fowler’s best finish in the last six editions of this tournament is a T61, which is tough given that Farmers is a title sponsor of his and he’s from California. He did finish in the top 10 back in 2013 and opened 2020 with two straight top 10s, but I’m not sure how much confidence I have in him at this track right now.

3. New No. 1: Rory McIlroy can usurp Brooks Koepka from his throne atop the world of golf with a victory at Torrey Pines this weekend. Since McIlroy was last No. 1 in the world (September 2015), six different players have held the title (Jordan Spieth, Brooks Koepka, Justin Thomas, Justin Rose, Dustin Johnson and Jason Day).

It feels weird that we haven’t seen Woods in a PGA Tour event since he won at the Zozo Championship in Japan last fall, but it’s true. He’ll start where he always starts, and why not given that he has eight victories on this course, including a U.S. Open. My expectations for him at Torrey are pretty high given how good he was in the fall and what an alpha he was at the Presidents Cup in December. Ultimately, I don’t think he’s going to win, but a poor performance at this event would be a big surprise.

Top 10: Scottie Scheffler (3-1) — Maybe the best player in the world nobody’s paying attention to now that everybody has hopped on board the Sungjae Im train.

Sleeper: Jason Day (40-1) — This qualifies, right? He’s won two of the last five, and while he hasn’t been playing the best golf of late, he’s still capable of elite putting weeks on a course that favors them more than most.