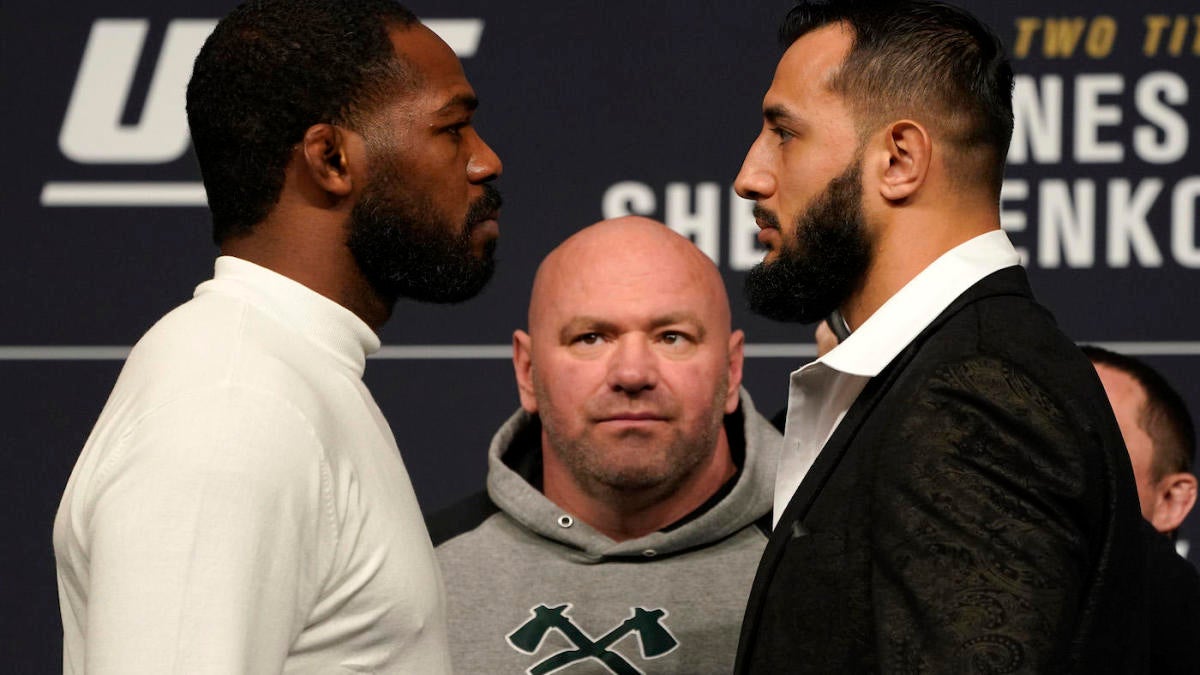 Jon Jones, arguably the UFC greatest fighter of all time, returns to the cage on Saturday, Feb. 8, looking to once again defend his light heavyweight championship when he puts the belt on the line against top challenger Dominick Reyes. With a resume littered with wins over Hall of Fame talent and a 13-0 record in title fights, Jones has established himself as a singularly dominant force in the Octagon.

Reyes (12-0) will enter Toyota Center in Houston looking to become the man to knock Jones off his throne. Still relatively young in his fighting career, Reyes has the physical and athletic tools to hang with Jones. He’ll look to prove his rapid rise through the UFC ranks which includes four stoppage wins in six UFC victories is no fluke when he takes on arguably the best fighter to ever set foot in the Octagon.

In the co-main event, Valentina Shevchenko (18-3) will continue her push to prove herself among the UFC’s pound-for-pound elite when she defends the flyweight championship against top contender Katlyn Chookagian. Shevchenko has been largely untouchable since returning to flyweight and becoming champ at 125 pounds. Chookagian has won five of her six most recent fights to position herself as the challenger to the crown.

Can’t get enough UFC? Subscribe to my podcast — State of Combat with Brian Campbell — where I break down everything you need to know in the Octagon, and be sure to listen to our instant analysis of the UFC 246 event and Conor McGregor’s triumphant return below.

Below is a running list of fights scheduled to take place at UFC 247 on Feb. 8. This page will be updated with any new fights, adjustments made to the card and rumors of potential additions.