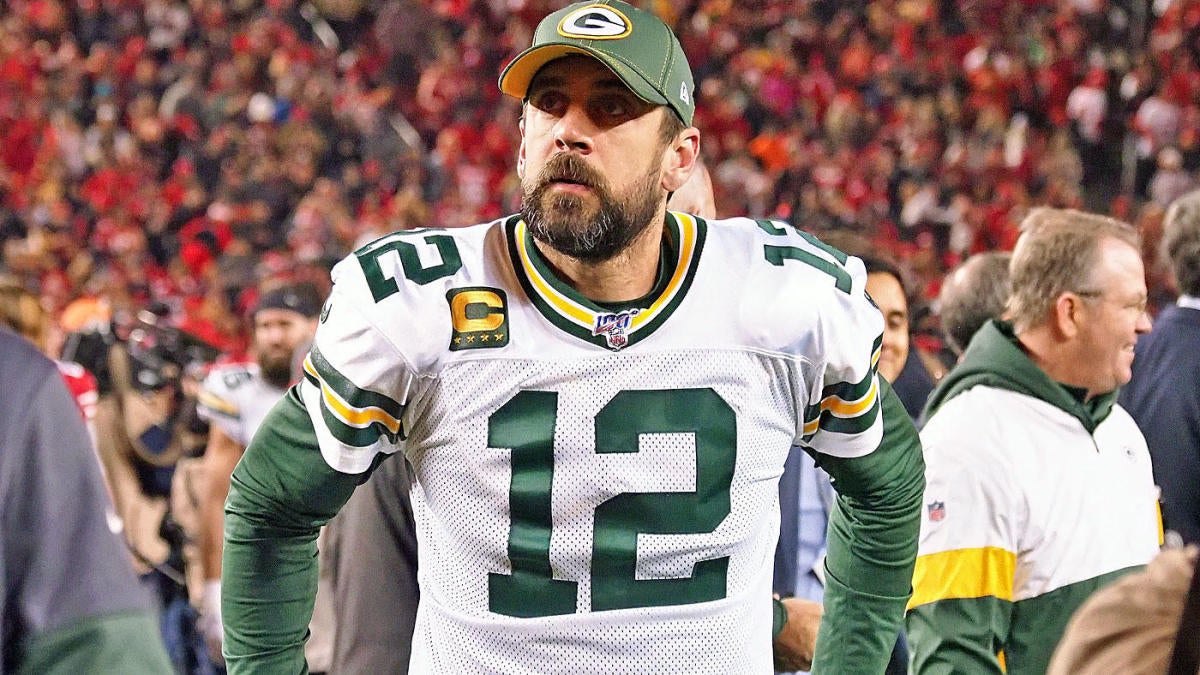 The Green Bay Packers season came to an unceremonious end on Sunday as they rolled into Santa Clara for the NFC Championship and were essentially run over by Raheem Mostert and the San Francisco 49ers.

With their chances of earning a second Lombardi Trophy in the Aaron Rodgers era this year dashed, the Packers are left to pick up the pieces, re-assess, and formulate a plan to not only get themselves in spitting distance of the Super Bowl yet again, but get there and win it next time around. As we’ll explain in greater detail below, the biggest need for Green Bay is to add more weapons for quarterback Aaron Rodgers, who did point to his own NFL mortality following the loss.

“It felt like it was meant to be almost, so that’s disappointing,” the 36-year-old quarterback said after Sunday’s loss. “And I don’t have the same number of years ahead of me as I do behind me.”

With Rodgers’ time in the league coming closer to the end than the beginning, the emphasis is on the Packers to capitalize on having their all-world talent under center. That starts with making these five moves this offseason:

Davante Adams simply cannot be the entire focal point of the Green Bay passing attack. While he’s able to put up No. 1 receiver caliber numbers on any given Sunday, the Packers should look to add a few more skill position players to complement Adams. Despite their 13-3 season, the Packers offense wasn’t particularly strong as it was a middle of the road unit in total yards.

Out of the free agent class this offseason, Emmanuel Sanders would be the ideal receiver to place alongside Adams almost in the similar fashion he was paired with Demaryius Thomas during his days in Denver. Breshad Perriman and Robby Anderson are a few more pass catchers that could help stretch the field for Green Bay next season. Along with those names, Danny Amendola or a reunion with Randall Cobb could prove to be a savvy addition as an option for Aaron Rodgers over the middle of the field.

As for tight end, it’ll be interesting to see if rookie Jace Sternberger can take a leap in Year 2 of his NFL career. If they want to add more top-tier talent, it would be great to see Hunter Henry serve as a safety valve for Rodgers, but if they want to go in a cheaper direction, buying low on a talent like Eric Ebron may be worth the flier.

No matter who they are, the Packers must bring in more weapons so Rodgers doesn’t simply need to lean on Adams all game. That’s a losing formula and pretty easy to stop if you’re an opposing secondary as we saw in the NFC Championship.

Starting right tackle Bryan Bulaga is set to hit the market as an unrestricted free agent this offseason. While he does have an injury history, he was able to suit up and start every game for the Packers this season. Re-signing him to keep his post in 2020 and beyond may be the simplest move the Packers have in front of them at solidifying that position. If Bulaga decides to leave, however, making sure a suitable replacement is found becomes paramount.

3. Add players who can stop the run

Green Bay was weak against the run throughout the regular season, allowing 4.7 yards per carry, and that soft spot in the defense was made even more apparent in the NFC Championship. The 49ers were able to roll over the Packers to the tune of 285 total yards on the ground on 6.8 yards a carry and four touchdowns. Raheem Mostert was the key cog in the San Fran rushing attack totaling 220 yards and those four scores. While this was the extreme, Green Bay’s inability to stop the run was put on full display in that championship loss and will need to be addressed going forward. If they don’t elect to re-sign upcoming free agent linebacker Blake Martinez, the emphasis will be even more heavily placed on the Packers to get run-stuffing linebackers and defensive tackles through the draft and free agency.

The Packers dipped into the free agent market on defense last year by adding pass rushers Preston Smith and Za’Darius Smith along with safety Adrian Amos, but now they’ll need to turn their attention to slowing down their opponents rushing attack. Former Patriots linebacker and soon-to-be unrestricted free agent linebacker Elandon Roberts would be a nice addition to help in that regard.

According to Spotrac, the Packers are slated to have around $29.4 million in salary cap space entering free agency this offseason, which is below the league average of around $46.3 million. Green Bay can give themselves some more financial flexibility to go out and add talent for 2020 by saying goodbye to a couple of players. The headliner, of course, is releasing tight end Jimmy Graham. By doing that, the Packers would create $8 million in salary cap space. If they also moved on from guard Lane Taylor, who played in two games this season before landing on IR, that would create an additional $4,612,500 in cap space.

Just by making those two moves, the Packers would give themselves over $12.6 million in additional cap space. That’s enough dough to bring in some much-needed talent on both sides of the ball.

This one is rather obvious, but still a move that needs to be made for Green Bay to ultimately reach the Super Bowl next year. Crosby was once again sensational for the Packers in 2019, posting a career-high field goal percentage (91.7%). He missed just two field goals on the year and even netted a 54-yarder. The longtime Packer also hit 40 of his 41 extra point attempts. He’s an unrestricted free agent this offseason and it makes sense for Green Bay to continue their relationship heading into next year.