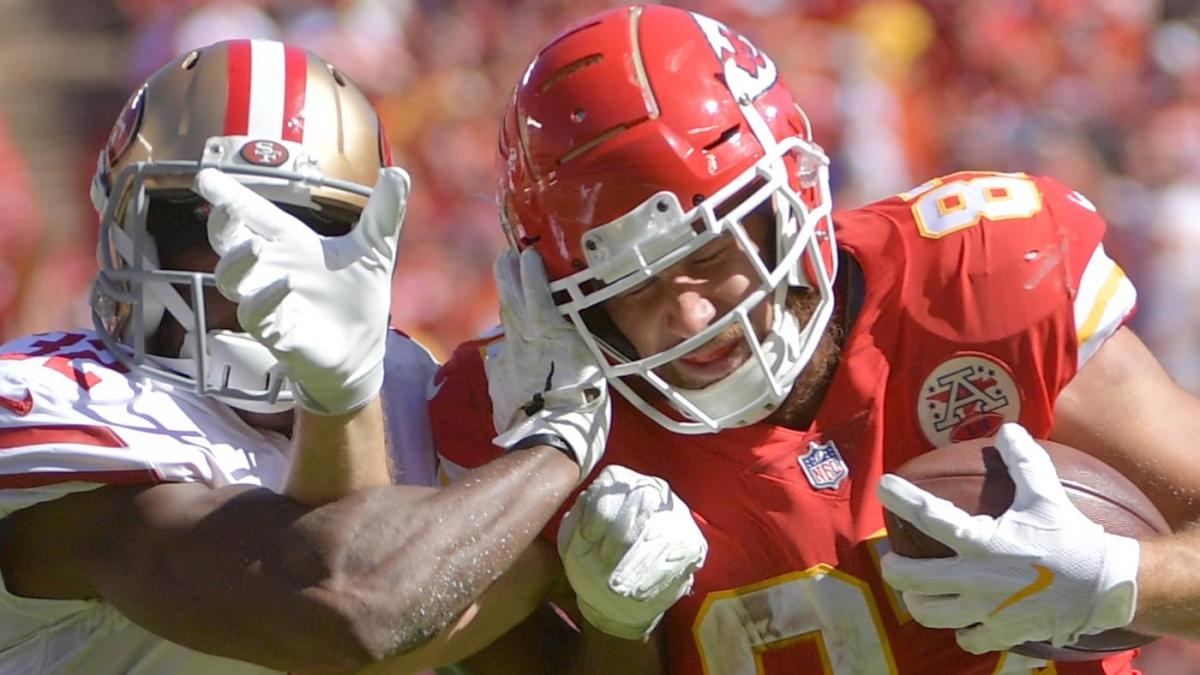 Super Bowl LIV is almost here, and it will feature more subplots than many of the previous Super Bowls.

The 49ers, the winners of the NFC for the first time since 2012, are looking to capture their sixth Lombardi Trophy, which would put them in a first place tie with the Steelers and Patriots for the most in NFL history. The Chiefs are in the Super Bowl for the first time in 50 years and are trying to bring home their first championship since Hank Stram, Len Dawson, Willie Lanier and Co. defeated the Vikings in the final Super Bowl played before the AFL-NFL merger.

Super Bowl LIV also includes an intriguing quarterback matchup between Patrick Mahomes and Jimmy Garoppolo. While Mahomes, last year’s league MVP, is looking to join Ben Roethlisberger and Tom Brady as the only quarterbacks to hoist a Lombardi Trophy before their 25th birthday, Garoppolo, who won two Super Bowls as Brady’s backup in New England, is looking to join Joe Montana and Steve Young as starting quarterbacks who have guided the 49ers to a Super Bowl victory.

This year’s Super Bowl will also include two compelling coaching narratives. Kyle Shanahan, the 49ers’ 40-year-old head coach, is trying to join his father, former Broncos head coach Mike Shanahan, as the only father/son duo in NFL history to win Super Bowls as head coaches. Meanwhile, Chiefs head coach Andy Reid, who led the Eagles to the Super Bowl fifteen years earlier, is one of the biggest sentimental favorites in Super Bowl history. One of the most successful head coaches in pro football history, Reid is in pursuit of a Lombardi Trophy, the one accomplishment that has eluded him during his 21 years as an NFL head coach.

Super Bowl LIV will be played in Miami’s Hard Rock Stadium on Sunday, Feb. 2, with the game slated to begin at 6:30 p.m. ET. The game will be broadcast on Fox (stream on fuboTV, try for free). For more details on how to follow the action, check out our complete Super Bowl LIV preview.

As we prepare for this year’s fight for the Lombardi Trophy, here’s a rundown of each team’s rosters, starters and key players.

With running back Matt Breida leaving Sunday’s NFC Championship Game with a shoulder injury, fellow running back Raheem Mostert enjoyed a record-setting day. A former undrafted rookie who was cut by six teams before joining the 49ers, Mostert rushed for a franchise record 220 yards and four touchdowns in San Francisco’s 37-20 win over the Packers. With Mostert running at will against Green Bay’s defense, Garoppolo attempted just eight passes as the 49ers ran the ball a whopping 42 times for 285 yards.

Here’s a look at the rest of the 49ers’ starting lineup, along with several key reserves who have made an impact this season:

Led by Mahomes, the Chiefs became the first team in NFL history to overcome 10-0 deficits in consecutive weeks in the playoffs. Mahomes has enjoyed a stellar postseason to this point, completing 65.7% of his passes with eight touchdowns and no interceptions. One of his favorite targets over the past two years has been All-Pro tight end Travis Kelce, who caught three touchdown passes in the Chiefs’ divisional round victory over the Texans.

Here’s the rest of the Chiefs’ starting lineup on both sides of the ball, as well as key backups and other players who have seen action in the postseason: