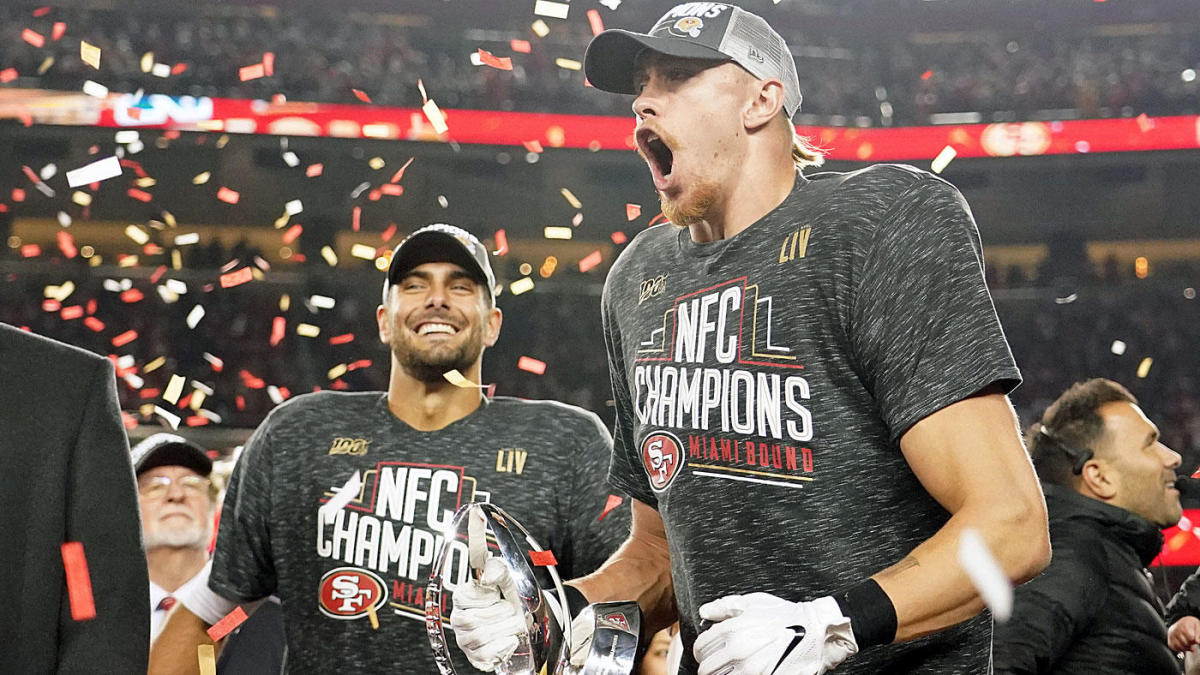 The San Francisco 49ers will wear their traditional road jerseys when they face the Kansas City Chiefs in Super Bowl LIV, according to a report from Matt Maiocco of NBC Sports Bay Area. That uniform style consists of their white tops and their gold pants.

The Niners reportedly wanted to wear their throwbacks during Super Bowl LIV, but they ran into the current NFL rule that only permits teams to wear them once per season. Because San Francisco already donned those throwbacks during their Week 7 win over the Panthers and received “an exception” to sport them again for their Week 17 win over Seattle, the door was seemingly closed shut when it came to them sporting these uniforms for the third time.

The Chiefs, meanwhile, are slated to be the home team for Super Bowl LIV and are expected to wear their red jerseys.

This is San Francisco’s seventh Super Bowl appearance and they have won two previous times while wearing their white tops and gold pants. The first came in Super Bowl XVI when they were able to defeat the Cincinnati Bengals, 26-21. The second victory was against the Denver Broncos in a 55-10 blowout win in Super Bowl XXIV down in New Orleans.

Super Bowl LIV between the Chiefs and Niners is set for Sunday, Feb. 2 at 6:30 p.m. ET from Hard Rock Stadium in Miami Gardens, FL.