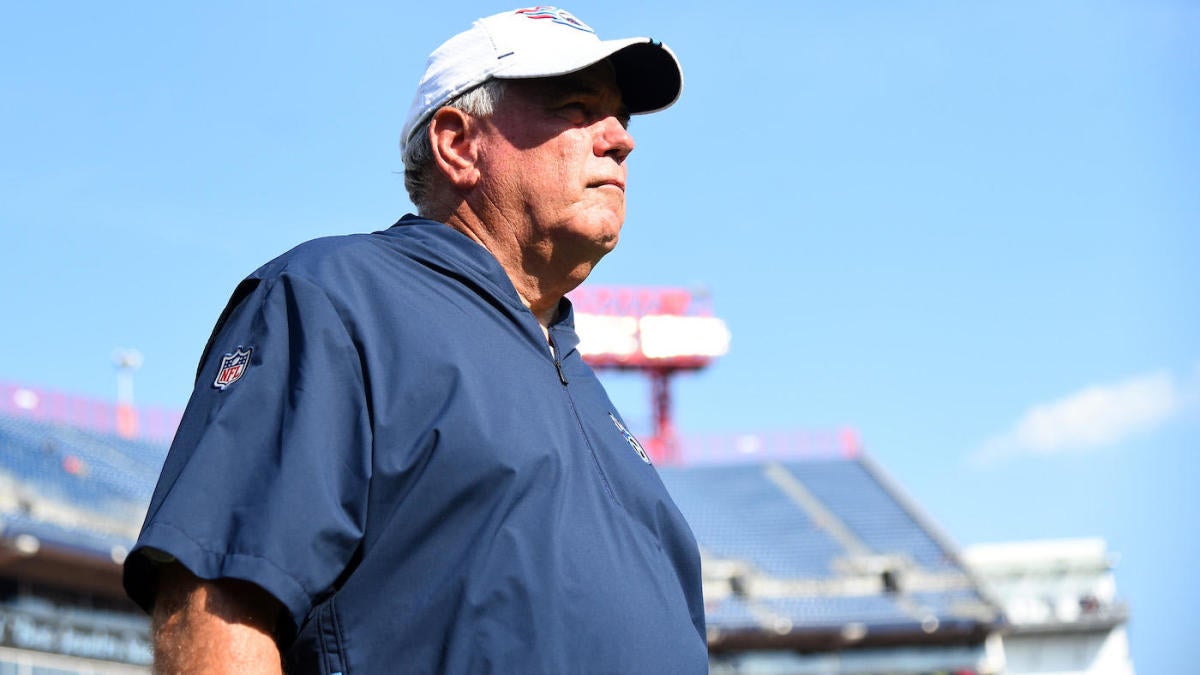 The Tennessee Titans‘ 2019 season was ended by the Kansas City Chiefs on Sunday, as the Titans fell in the AFC Championship game, 35-24. During media availability on Monday, 70-year-old defensive coordinator Dean Pees made the announcement that he was retiring.

Pees spent two years with the Titans, and spent a total of 47 years coaching football. Before joining the NFL coaching ranks, Pees spent 25 years at the collegiate level. He broke into the NFL back in 2004 with the New England Patriots, where he worked as their linebackers coach until 2006, when he was promoted to defensive coordinator. There, he spent time coaching future Titans head coach Mike Vrabel.

In 2010, Pees made the decision to leave New England for the Baltimore Ravens, where he served as the linebackers coach for two seasons, and then the defensive coordinator for six seasons. He had a hand in the Patriots’ Super Bowl XXXIX victory as well as the Ravens’ Super Bowl XLVII victory.

Pees announced his retirement a first time following the 2017 season, but decided to take the Titans’ defensive coordinator job after Vrabel reached out to him.

According to the Titans’ official website, Tennessee finished 21st in the NFL in defense in 2019, but the unit finished 12th in points allowed. The defense stiffened up down the stretch this season, allowing just 13 points in a 20-13 win over the Patriots in the wild-card round, and 12 points in a 28-12 win over the Ravens in the divisional round of the playoffs.

Pees served on the staffs of some very successful head coaches in football — such as Nick Saban, Lou Holtz, Bill Belichick and John Harbaugh.

Vrabel says that he does not know who will take over as the Titans’ new defensive coordinator, and that he will take some time to identify who the best replacement will be.

Pees is not the only coach the Titans lost on Monday. Vrabel confirmed that former defensive backs coach Kerry Coombs left Tennessee to return to Ohio State, where he will serve as the defensive coordinator under head coach Ryan Day.