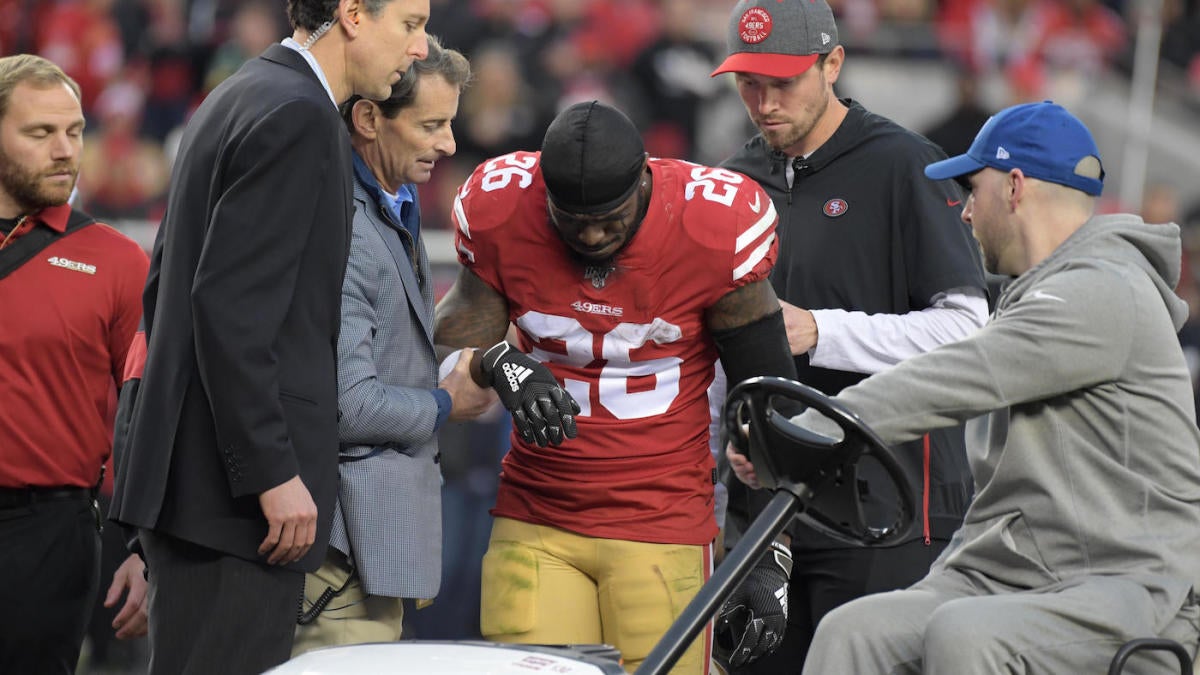 The celebration is on in Santa Clara, with the San Francisco 49ers effortless brushing off of the Green Bay Packers in the NFC Conference Championship with a 37-20 slap that was much worse than the final score shows. Not much went wrong for Niners, but they did suffer a scare early in the game when running back Tevin Coleman was carted to the locker room with an apparent arm injury.

Initially reported by the club as an elbow issue, Coleman underwent tests and was listed as questionable to return before being downgraded to out, leaving his status for Super Bowl LIV in doubt. Speaking to reporters following their 2019 sweep of the Packers, head coach Kyle Shanahan confirms the injury isn’t to Coleman’s elbow — but instead to his shoulder.

Shanahan also sounded positive about Coleman’s chances for suiting up against the Kansas City Chiefs in Miami.

“I know it was a shoulder,” Shanahan said in his post-game press conference. “He was sitting there. I didn’t get to talk to him too much about it. I’m hoping he’ll be all right next week.”

There are still tests to be run, though.

“I don’t totally know yet,” he made clear. “But, I know he’s not ruled out or anything. I think there will be a good chance.”

Odds are even better for Coleman thanks to the coming bye week, with the Super Bowl not kicking off until February 3. That gives him time to rest and recover before having to take the field again, and although the 49ers rushing attack got on swimmingly without Coleman — thanks to a historic outing by compatriot Raheem Mostert — he remains one-third of their dynamic halfback collective, along with Matt Breida.

While it’s now proven Mostert can be destructive to opposing offenses, the likelihood of him rushing for more than 200 yards and another four touchdowns in a second consecutive game, and against a Chiefs defense that held Derrick Henry to only 69 rushing yards and a touchdown in the AFC Championship Game, is slim.

The more firepower the Niners can field on offense, the better, and after seeing Coleman leave on a cart Sunday, they couldn’t be more pleased to know there’s at least a solid chance he plays with the Lombardi trophy on the line.