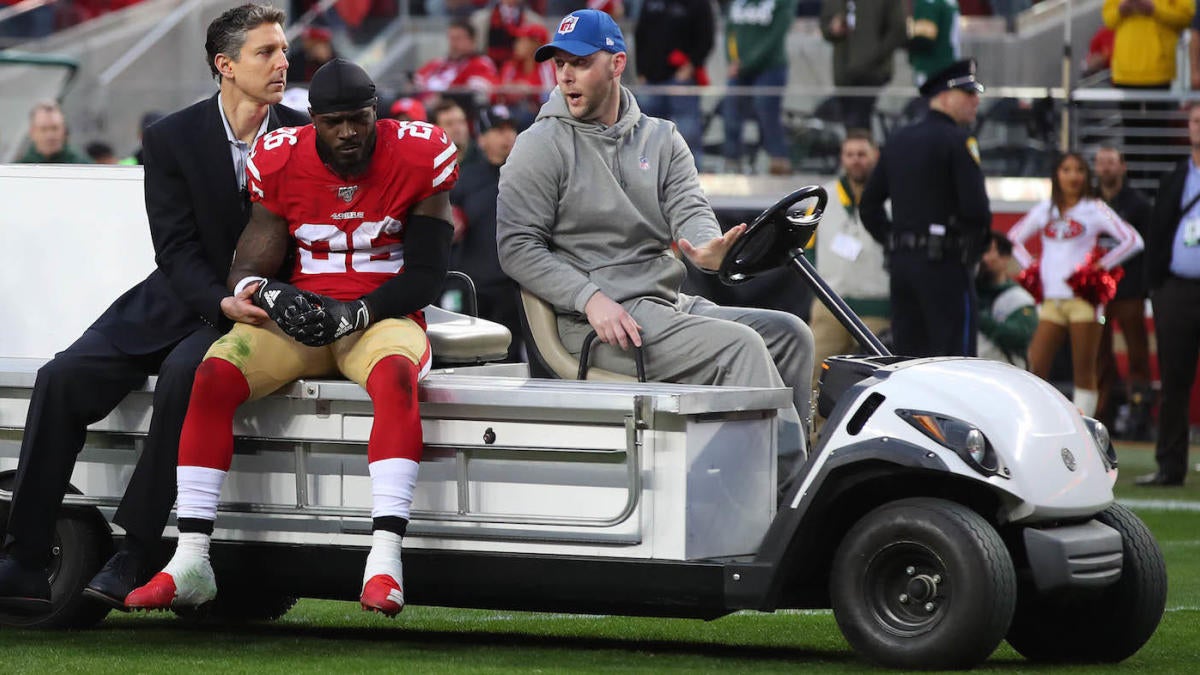 The 49ers have announced that running back Tevin Coleman has been ruled out of their NFC Championship Game after suffering what appeared to be a rather gruesome shoulder injury. San Francisco originally kept the door open for a potential Coleman return and ruled him questionable, but the fact that a cart was needed to take him off the field suggested that it was rather unlikely we’d see him again in his team’s matchup with the Packers.

Coleman’s injury came on an early second-quarter carry. As the back was diving to the ground, he reached out his right arm to break his fall and went down awkwardly. By simply looking at the video, it appeared like Coleman’s elbow bent back, but per the team the shoulder was mostly impacted by the fall.

Prior to going down with this injury, Coleman was able to rush for 21 yards on six carries.

While losing a talent like Coleman isn’t ideal, the 49ers have been able to have their way with Green Bay throughout the first half of this NFC Championship. The running game has also not been impacted by his absence at all as fellow back Raheem Mostert ran for 160 yards and three touchdowns on 14 carries as the 49ers built a 27-0 lead in the first half.

If this run of dominance holds, the 49ers will meet the Kansas City Chiefs down in Miami for Super Bowl LIV. Follow along with all the action in our NFC Championship live blog.