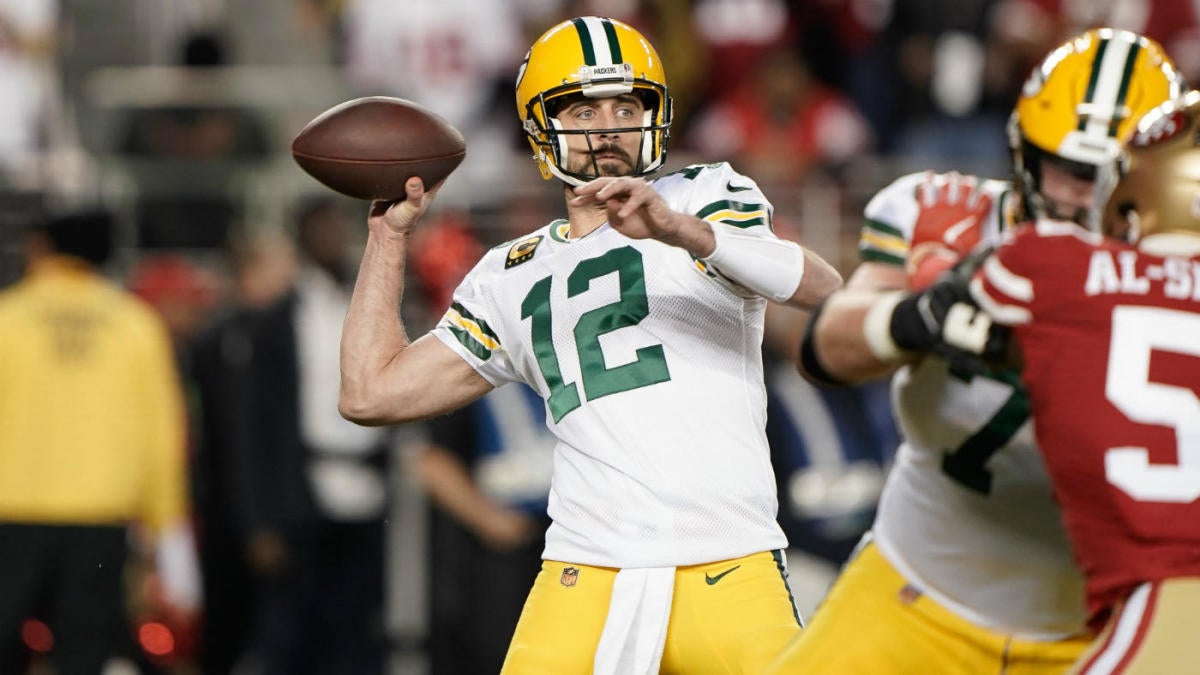 Now that all the dust has settled, we finally have our NFL final four. The Tennessee Titans and Kansas City Chiefs battle it out this Sunday afternoon to decide who will represent the AFC in the Super Bowl, while the Green Bay Packers and San Francisco 49ers play Sunday night for the last spot in the Super Bowl.

Both home teams are favored this week, and the spreads of both of these matchups have been hovering out seven to 7.5 points. Below, we will analyze which bets I’m high on, which bets you should avoid and then some long shots I’m interested in.

Let’s jump in now. All odds via DraftKings Sportsbook.

Henry rushed for 182 yards against the New England Patriots in the wild-card round and 195 yards against the Baltimore Ravens in the divisional round. Both of those defenses are two of the best in the NFL, and I have no reason to believe that Henry will not be able to replicate his success on the ground against Kansas City. When the Titans played the Chiefs in Week 10, Henry rushed for 188 yards and two touchdowns. Take the over here.

Rodgers has thrown for over 240 yards six times this season. He only threw for 104 yards against the 49ers in Week 12, but if this game goes how many think it will go, the Packers will need to be throwing the ball a lot. Rodgers also has a personal vendetta against the 49ers for passing over him in the 2005 NFL Draft, and there is no better way to get some revenge than by preventing the 49ers from reaching the Super Bowl with a big performance. Whether the Packers win or lose this game, I think Rodgers will pass for at least 240 yards.

The Chiefs appear to be the best team remaining in the playoffs and are on a seven-game win streak, but they are running into a team of destiny. There aren’t many people who expected the Titans to be in this situation — one game away from the Super Bowl. Hardly anyone expected them to beat the Patriots and then the No. 1 seed Ravens, both on the road. I’m going to take the Titans to win this game, and if they don’t, I think they can cover 7.5 points.

There is a lot of money coming in on the Packers and 49ers to score more than 45 collective points, but I think there’s a possibility that will not happen. It’s interesting that 45 points is the exact point total both teams scored in Week 12, when the 49ers blew out the Packers, 37-8. This game could end up being a defensive showdown. Both teams have incredible pass rushers who can get to the quarterback in a hurry, and both have been spotty when it comes to putting up big points. Even if the 49ers blow out the Packers again, I think it won’t be as bad as Green Bay’s Week 12 showing.

I was surprised to see that Hill’s under for receptions was favored by that much. The last time Hill played the Titans, he set a new career-high in receptions with 11 for 157 yards and a touchdown. He only caught three passes last week against the Houston Texans, but I think Andy Reid will try to get his star wideout going with a Super Bowl appearance on the line.

I’m going to have to explain this Packers’ moneyline pick, because I also have it ranked fairly high when it comes to ranking moneyline value. I like that people are ready to throw it all on the moneyline for the Packers, but don’t throw all your eggs in one basket. I say this because I think there’s a better possibility of the 49ers winning this game but not covering the spread than the Packers winning straight up.

Jones has scored two more more touchdowns in seven games this season, including last week against the Seattle Seahawks. I think there’s a good chance it happens again this Sunday against a 49ers defense that ranks just 22nd in preventing TDs in the red zone.

If the Titans beat the Chiefs, then the game is going to go how Tennessee wants it to go. That means that Henry is going to have another magnificent game and the Titans are going to control time of possession. If the Titans win, then I don’t see the over hitting.

1. As my colleague R.J. white points out — though there hasn’t been a clear ATS advantage for the home team (better seed) in the conference title games over the last decade, we should note that over the last 20 years, there have been 13 conference title matchups with a spread of seven points or greater. The underdog went 10-3 ATS in that stretch, most recently with the Jacksonville Jaguars covering in Foxborough two years ago. That makes it pretty difficult to lay the points in both matchups this week; I’d say at best you should think about taking either one or both ‘dogs.

2. My good friend John Breech — who was the only media member in the country who went 4-0 on his straight-up picks last week — brought up this nugget in his picks piece: The good news for the Titans (and the 49ers) is that over past three years, teams that played on Saturday in the divisional round have gone 5-1 in the championship round. That’s not a recent trend, either: Saturday teams have also gone 15-5 in the championship round over the past 10 years. Apparently, one extra day of rest can go a long way in the NFL.

I think it’s very possible both underdogs could flat out win on Sunday. I even threw a little money on a parlay that includes Titans and Packers moneyline. Everyone is very high on the 49ers because they crushed the Packers in the regular season, but I’m just not convinced. Rodgers has won a Super Bowl while Jimmy Garoppolo is making his second ever postseason start.

Advantage teaser players are going to make the obvious play here and drop the favorites down through the key numbers of 7 and 3. But I would abandon that strategy this week, as I believe we’re going to see at least one upset on Sunday. To me, the safer play is teasing the ‘dogs both up to around two touchdowns, as I don’t see either of these matchups being a blowout by the home team.